VIDEOS and GAMES 2 PRACTICE SPANISH. Learn the Body Parts in SPANISH. Spanish Body Parts Songs for Kids - Spanish Playground. Body parts are some of the easiest words to learn because kids can use their own bodies as a reference. 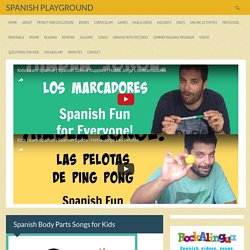 It is easy to connect parts of the body to language as kids touch and move. Panama. Learn Spanish online for free with VeinteMundos. Spanish prepositions - Tests,practice,quizzes, practice using Spanish preposi... The exercises on our site are designed for beginners and intermediate level students. 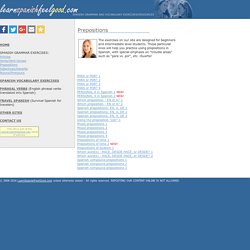 These particular ones will help you practice using prepositions in Spanish, with special emphasis on "trouble areas" such as "para vs. por", etc. ¡Suerte! PARA or POR? Spanish stories for kids. Free Spanish listening and oral practice in engaging visual contexts with subtitles. 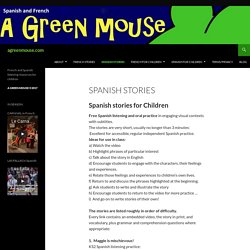 The stories are very short, usually no longer than 3 minutes: Excellent for accessible, regular independent Spanish practice.Ideas for use in class: a) Watch the video b) Highlight phrases of particular interest c) Talk about the story in English d) Encourage students to engage with the characters, their feelings and experiences. e) Relate those feelings and experiences to children’s own lives. f) Return to and discuss the phrases highlighted at the beginning. g) Ask students to write and illustrate the story h) Encourage students to return to the video for more practice … i) And go on to write stories of their own!

The stories are listed roughly in order of difficulty. Every link contains an embedded video, the story in print, and vocabulary, plus grammar and comprehension questions where appropriate: 1. Maggie is mischievous! 2. 3. 4. 5. 6. QUÉ HACER EN COSTA RICA 1. Spanish Songs for Kids and Children to Learn Spanish. El Salvador Travel Video Guide. 7 Facts about El Salvador. El Salvador Country Profile. Compilación para niños. Learn Spanish online for free with VeinteMundos. Honduras Country Profile. Julieta venega limon y sal with lyrics. The Imperfect. The imperfect tense is used to refer to actions in the past that occurred repeatedly. 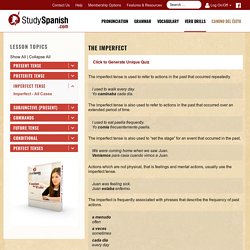 Regular forms of the imperfect are formed by adding the following endings to the stem of the verb: What is Guatemala known for? Ten things the country does best. In case you haven’t noticed, I’m a little bit obsessed with Guatemala. 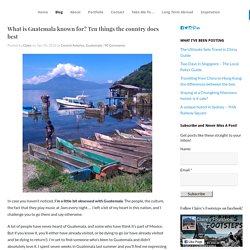 The people, the culture, the fact that they play music at 3am every night… I left a bit of my heart in this nation, and I challenge you to go there and say otherwise. A lot of people have never heard of Guatemala, and some who have think it’s part of Mexico. But if you know it, you’ll either have already visited, or be dying to go (or have already visited and be dying to return!). I’m yet to find someone who’s been to Guatemala and didn’t absolutely love it. I spent seven weeks in Guatemala last summer and you’ll find me expressing my adoration for the country at least three times a day. Guatemala is sunshine, it’s crazy bus rides, it’s fruit markets as far as the eye can see. 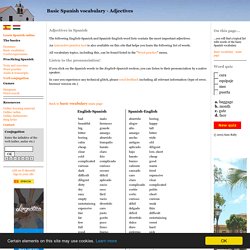 An interactive practice tool is also available on this site that helps you learn the following list of words. All vocabulary topics, including this, can be found listed in the "Word practice" menu. Listen to the pronunciation! If you click on the Spanish words in the English-Spanish section, you can listen to their pronunciation by a native speaker.

In case you experience any technical glitch, please send feedback including all relevant information (type of error, browser version etc.) Judge in Washington state says kids can go to court over climate change. SEATTLE, Wash. — Eight Seattle children have sued their state government, arguing that it is not protecting them from climate change. 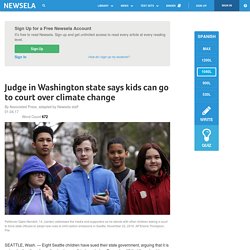 A judge ruled on December 19 that they should "have their day in court. " King County Superior Court Judge Hollis Hill allowed the young petitioners to move ahead in their case against the state of Washington. Hill wrote that "it is time for these youth to have the opportunity to address their concerns in a court of law. " These complaints, she added, were supported by the state and federal constitutions. The petitioners, or the young people suing, are all between 12 and 16 years old. Speak Fluent Dominican: lesson 1 &quot;greeting&quot; Learn Spanish online for free with VeinteMundos. What Is Life Really Like In Puerto Rico? Learn about cuba es espanol - Easy Spanish 1 - Professions. MANU CHAO - ME GUSTAS TU LYRICS. Best Spanish Websites.