Hello, I am a Student at old dominion university!

Forget the term paper: These students write Wikipedia articles for class credit. Most self-respecting graduate students are loath to admit how often they use Wikipedia. 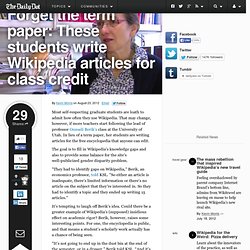 That may change, however, if more teachers start following the lead of professor Gunseli Berik’s class at the University of Utah. In lieu of a term paper, her students are writing articles for the free encyclopedia that anyone can edit. The goal is to fill in Wikipedia’s knowledge gaps and also to provide some balance for the site’s well-publicized gender disparity problem. "They had to identify gaps on Wikipedia," Berik, an economics professor, told KSL. "So either an article is inadequate, there's limited information or there's no article on the subject that they're interested in. It’s tempting to laugh off Berik’s idea. "It's not going to end up in the dust bin at the end of the semester, or in a drawer,” Berik told KSL.

Berik first ran the experiment last spring. Photo via KSL. Pressed to bridge the skills gap, colleges and corporations try to get along. By Jon Marcus WARWICK, R.I. — Angel Gavidia worked as a construction worker, an auto detailer and a taxi dispatcher before he found his calling as a computer-networking engineer, a high-paying job for which employers are desperately short of workers even at a time of stubborn unemployment. 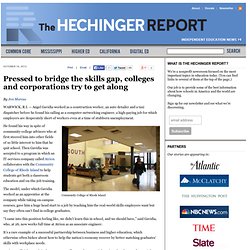 Community College of Rhode Island He found his way in spite of community-college advisors who at first steered him into other fields of so little interest to him that he quit school. Then Gavidia was accepted to a program in which an IT-services company called Atrion collaborates with the Community College of Rhode Island to help students get both a classroom education and on-the-job training. The model, under which Gavidia worked as an apprentice at the company while taking on-campus courses, gave him a huge head start to a job by teaching him the real-world skills employers want but say they often can’t find in college graduates. 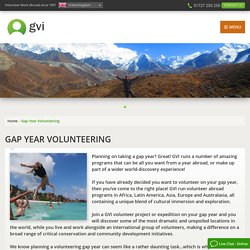 Great! GVI runs a number of amazing programs that can be all you want from a year abroad, or make up part of a wider world-discovery experience! If you have already decided you want to volunteer on your gap year, then you’ve come to the right place! GVI run volunteer abroad programs in Africa, Latin America, Asia, Europe and Australasia, all containing a unique blend of cultural immersion and exploration. Smaller Earth UK. There are any number of reasons for wanting to take a gap year: perhaps you aren’t ready to progress straight from one course of education into the next, or maybe you’d just like to experience something a little more adventurous before settling into a full time career path. 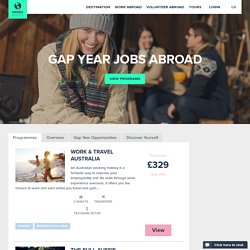 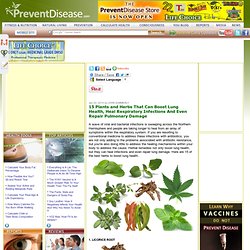 Licorice is one of the more widely consumed herbs in the world. Coltsfoot has been traditionally by Native Americans for thousands of years to strengthen the lungs. Thyme is very powerful in the fight against chest congestion. HEMP AS A MEDICAMENT - Importance of hemp seeds in the tuberculosis therapy. Your browser does not support script - Vas prohlizec nepodporuje skripty -> Prof. 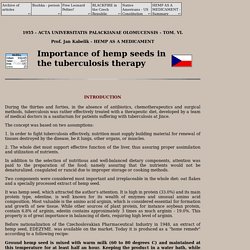 Jan Kabelik - HEMP AS A MEDICAMENT During the thirties and forties, in the absence of antibiotics, chemotherapeutics and surgical methods, tuberculosis was rather effectively treated with a therapeutic diet, developed by a team of medical doctors in a sanitarium for patients suffering with tuberculosis at Jince. The concept was based on two assumptions: 1. ln order to fight tuberculosis effectively, nutrition must supply building material for renewal of tissues destroyed by the disease, be it lungs, other organs, or muscles. 2.

In addition to the selection of nutritious and well-balanced dietary components, attention was paid to the preparation of the food; namely assuring that the nutrients would not be denaturalized. coagulated or rancid due to improper storage or cooking methods. It was hemp seed, which attracted the author's attention. Tuberculosis Hospital at Jince: Chairman: MUDr. 1. 2.