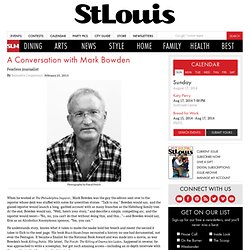 “Talk to me,” Bowden would say, and the glazed reporter would launch a long, garbled account with as many branches as the Habsburg family tree. At the end, Bowden would say, “Well, here’s your story,” and describe a simple, compelling arc, and the reporter would resist—“No, no, you can’t do that without doing this, and this…”—and Bowden would say, firm as an Alcoholics Anonymous sponsor, “Yes, you can.” He understands story, knows what it takes to make the reader hold her breath and resent the second it takes to flick to the next page. His book Black Hawk Down recounted a history no one had documented, not even the Pentagon. It became a finalist for the National Book Award and was made into a movie, as was Bowden’s book Killing Pablo. You were born in St. I was born at St. Would you go into combat? Yes. A sad kind of maturity. Noir Désir - Tostaky (live Les Vieilles Charrues 2001) Abd Al Malik 12 septembre 2001 www.facebook.com/AbdAlMalikOfficiel.

Robert Cray - Smoking Gun. Biography. Nir was born in 1976 in Jerusalem, Israel, to a family of well known politicians. 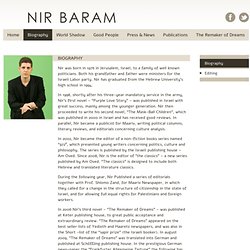 Both his grandfather and father were ministers for the Israeli Labor party. Nir has graduated from the Hebrew University’s high school in 1994. In 1998, shortly after his three-year mandatory service in the army, Nir’s first novel – “Purple Love Story” – was published in Israel with great success, mainly among the younger generation. Nir then proceeded to write his second novel, “The Mask-Ball Children”, which was published in 2000 in Israel and has received good reviews. In parallel, Nir became a publicist for Maariv, writing political columns, literary reviews, and editorials concerning culture analysis.

In 2002, Nir became the editor of a non-fiction books series named “972″, which presented young writers concerning politics, culture and philosophy. During the following year, Nir Published a series of editorials together with Prof. Bruce Palmer-Buffalo Springfield. Clip Big AlterNatives Band. VIDEOS - Tarek Abdallah musicien chercheur oud luth arabe. Rascal Flatts - These Days. Vin Diesel. Prescription for the Soul: Nahko Bear and Medicine for the People. Nahko Bear and Medicine for the People One of the reasons I love being able to contribute to the cultural conversation is having the ability to tell the story and journey of the overlooked or undiscovered artist. 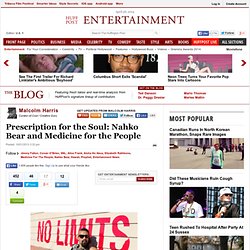 Which brings me to my recent rediscovery: Nahko Bear and Medicine for the People. At the beginning of the year a wonderful young artist Elizabeth Fairy Rathbone sent me a YouTube link to perhaps one of the most beautiful and stirring videos I've seen in a very long time. While the visuals were absolutely breathtaking, the song grabbed me at my very core.

I can still remember wanting to learn more about this indie-band with the strange name -- but then life, work and chaos happened. It wouldn't be for another six or seven months that yet another fairy by the name of Alice Frank of the website ThatWeAre.com reintroduced me to the full spectrum of Nahko Bear's purpose, passion and mission. 1) How does it feel being the vessel for creating a new movement in music? Integrity. Nahko and Medicine for the People. French musician brings new life to Canaries whistle-language - World Music Matters. It goes like this: French musician writes song for his mum based around whistling language known as Silbo from island of La Gomera. 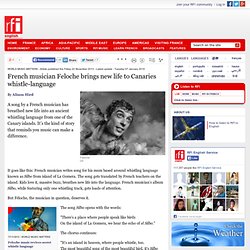 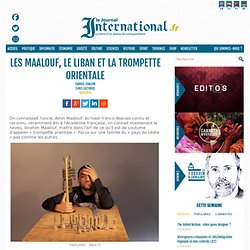