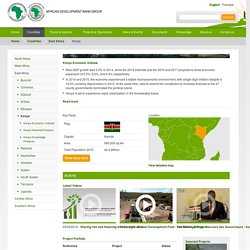 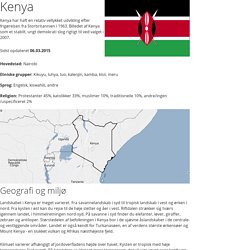 Samfund og politik. Kikuyu Tribe - History and Culture. The Kikuyu tribe is a Bantu tribe that neighbors the Embu, Mbeere and Meru tribes around Mount Kenya. 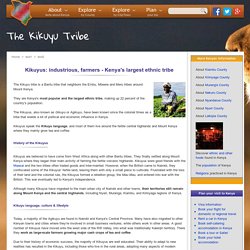 They are Kenya's most popular and the largest ethnic tribe, making up 22 percent of the country's population. The Kikuyus, also known as Gikuyu or Agikuyu, have been known since the colonial times as a tribe that wields a lot of political and economic influence in Kenya. Kikuyus speak the Kikuyu language, and most of them live around the fertile central highlands and Mount Kenya where they mainly grow tea and coffee. History of the Kikuyus Kikuyus are believed to have come from West Africa along with other Bantu tribes. The Luo Tribe of Kenya - Their History and Culture. The Kenyan Luo tribe is a subgroup of the larger Luo community that spans across Uganda, Tanzania, Sudan, Congo and Ethiopia. 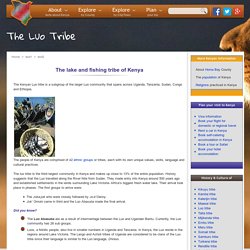 The people of Kenya are comprised of 42 ethnic groups or tribes, each with its own unique values, skills, language and cultural practices. The luo tribe is the third largest community in Kenya and makes up close to 13% of the entire population. History suggests that the Luo travelled along the River Nile from Sudan. They made entry into Kenya around 500 years ago and established settlements in the lands surrounding Lake Victoria- Africa’s biggest fresh water lake.

Their arrival took place in phases. The Joka-jok who were closely followed by Jo-k'Owiny. Did you know? The Luo Abasuba are as a result of intermarriage between the Luo and Ugandan Bantu. World. Præsidentens officielle hjemmeside. Kenya National Bureau of Statistics - rapporter om ulighed - blandt andet. Kenya Law: Samler og udgiver love og synliggør landets retspraksis. Kenya National Commission on Human Rights. FN's hovedkvarter i Afrika - Nairobi. Litteraturkritik, interviews, biografier. 10 Writers From Kenya You Should Know. One of the earliest records of Kenyan literature dates as far back as 1728AD, a text in the form of poetry written in Swahili by a man named Mwengo. 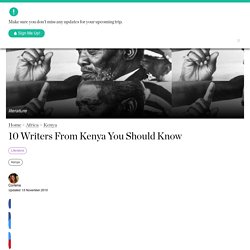 Throughout the years, Kenya has nurtured numerous talented writers who have written brilliant works of fiction, non-fiction, poetry and prose. Here we highlight some outstanding writers from Kenya you should know and the works that make them famous. Jomo Kenyatta (1891-1978) Born in 1891, Jomo Kenyatta was the first president of Kenya from the year the country became independent, 1963, until his death in 1978. His son, Uhuru Kenyatta, is the fourth and current president.

Grace Ogot (1930-2015) Born in 1930, Grace Ogot wasn’t only a writer, she was also a nurse, journalist, politician and diplomat. Liaquat Ahamed Liaquat Ahamed has won multiple awards for his non-fiction book Lords Of Finance: The Bankers Who Broke The World, including the coveted Pulitzer Prize for History. Margaret Ogola (1958-2011) Binyavanga Wainaina Mukoma wa Ngugi. 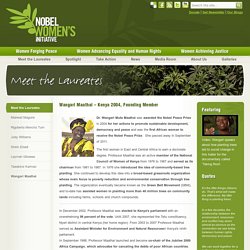 Wangari Muta Maathai was awarded the Nobel Peace Prize in 2004 for her actions to promote sustainable development, democracy and peace and was the first African woman to receive the Nobel Peace Prize. She passed away in September of 2011. The first woman in East and Central Africa to earn a doctorate degree, Professor Maathai was an active member of the National Council of Women of Kenya from 1976 to 1987 and served as its chairman from 1981 to 1987.

In 1976 she introduced the idea of community-based tree planting. She continued to develop this idea into a broad-based grassroots organization whose main focus is poverty reduction and environmental conservation through tree planting. In December 2002, Professor Maathai was elected to Kenya's parliament with an overwhelming 98 percent of the vote. In September 1998, Professor Maathai launched and become co-chair of the Jubilee 2000 Africa Campaign, which advocates for canceling the debts of poor African countries. Books.

Taler. Artikel om følgerne af seksuel vold. As an orphan, Adhiambo shuttled between the homes of relatives in one of Nairobi’s poorest neighbourhoods during school holidays. 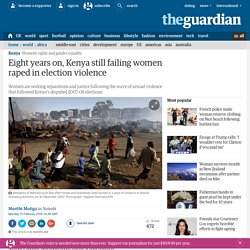 One of those trips, in December 2007, ended in violence. She was gang-raped by about 10 men, who singled her out because of her ethnicity. Adhiambo, who was 17 at the time, is one of 163 people interviewed by Human Rights Watch (HRW) for a report that concludes hundreds of women are still struggling with the devastating physical and psychological effects of the violence which swept Kenya following a disputed election. SOAWR: Organisation der kæmper for afrikanske kvinders rettigheder.