Review: Wanderhome is a Redwall-inspired indie RPG that arms players with dialogue, not daggers. “You“You wield the blade that must never be drawn.” 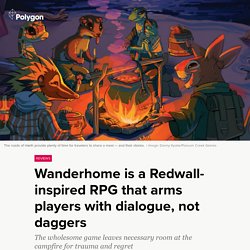 This is the first line in playbook for The Veteran, one of 15 classes in the highly-anticipated new tabletop RPG, Wanderhome. Created by independent designer Jay Dragon, on the surface it’s a pastoral fantasy perfect for adventurers who want to dangle their furry toes in the waters of a springtime stream. But it packs a serious emotional punch, leveraging powerful narrative tools to explore the generational scars violence can leave on communities. Old Man Henderson - 1d4chan. C'mon, admit it, you wish that he was your grandpa. 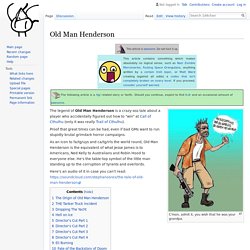 The legend of Old Man Henderson is a crazy-ass tale about a player who accidentally figured out how to "win" at Call of Cthulhu (only it was really Trail of Cthulhu). Proof that great times can be had, even if bad GMs want to run stupidly brutal grimdark horror campaigns. As an icon to fa/tg/uys and ca/tg/irls the world round, Old Man Henderson is the equivalent of what Jesse James is to Americans, Ned Kelly to Australians and Robin Hood to everyone else.

He's the table-top symbol of the little man standing up to the corruption of tyrants and overlords. The NPC meme went viral when the media gave it oxygen. Last week, The New York Times published a piece about an insular 4chan meme that had started to bleed over into political Twitter. 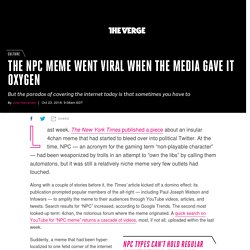 At the time, NPC — an acronym for the gaming term “non-playable character” — had been weaponized by trolls in an attempt to “own the libs” by calling them automatons, but it was still a relatively niche meme very few outlets had touched. Along with a couple of stories before it, the Times’ article kicked off a domino effect: its publication prompted popular members of the alt-right — including Paul Joseph Watson and Infowars — to amplify the meme to their audiences through YouTube videos, articles, and tweets. Academia. 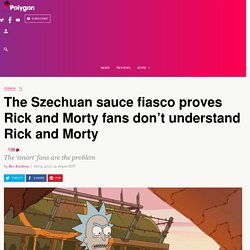 There’s also a huge battle that includes many Ricks from other dimensions as the story folds back over itself and past seasons, and the whole thing ends with a wonderfully nonsensical speech about how this all happened so Rick can get more of a promotional dipping sauce from McDonald’s. The joke, which plays with the show’s theme that Rick is empty, alone and despondent despite having everything he could ever ask for, is that all that work was done for a silly, arbitrary reason.

8 Ways Felicia Day is the Amy Poehler of Geek Culture. Felicia Day, for those who are unaware of Dr. 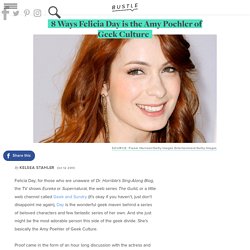 Horrible's Sing-Along Blog, the TV shows Eureka or Supernatural, the web series The Guild, or a little web channel called Geek and Sundry (it's okay if you haven't, just don't disappoint me again), Day is the wonderful geek maven behind a series of beloved characters and few fantastic series of her own. And she just might be the most adorable person this side of the geek divide. She's basically the Amy Poehler of Geek Culture. Proof came in the form of an hour long discussion with the actress and writer Friday at New York Comic Con where she spoke about Geek and Sundry, and the many other sundry moments of her busy, busy career. 10 Felicia Day Quotes From 'You're Never Weird On The Internet' That You Totally Need In Your Life. 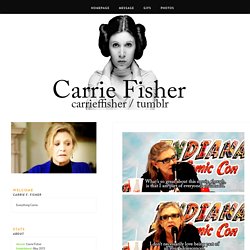 I’ll always put them under ‘read more’ and I’ll tag them as TFA SPOILER. Shut Up And Take My Money - Cool Gadgets and Geeky Products. 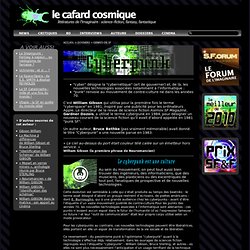 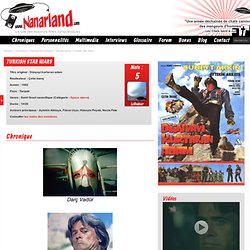 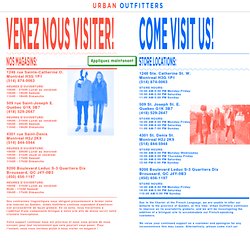