How the Oregon Standoff Was 50 Years in the Making. Tension has been building for weeks in a rural stretch of southeast Oregon over the cases of local ranchers Dwight and Steven Hammond, who were sentenced to additional time in prison in a dispute with the government over their use of public lands. 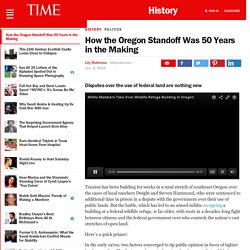 But the battle, which has led to an armed militia occupying a building at a federal wildlife refuge, is far older, with roots in a decades-long fight between citizens and the federal government over who controls the nation’s vast stretches of open land. Living Under the Sword of ISIS in Syria. Photo Raqqa, Syria — A FEW weeks ago, my friend Saeed tried to get his family out of Raqqa, the city in eastern that since 2014 has been the de facto capital of the self-declared Islamic State. 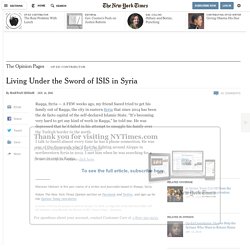 “It’s becoming very hard to get any kind of work in Raqqa,” he told me. Inequality. Back in 1980, Irving Kristol, the “godfather of neoconservatism,” wrote an essay mocking the left’s obsession with income inequality: “The intensity with which economists work out their Gini coefficients, and the subtlety with which they measure income trends in the quintiles or deciles of the population, is matched—so far as I can see—by the utter lack of interest of the average American in their findings.” 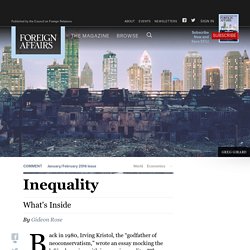 Having been impressed at the time by what seemed his cool logic, I checked back recently to see how the piece held up in the Age of Piketty. In retrospect, what was most striking was the setup: “It is my understanding, from surveying various studies of trends in income distribution in the United States over the past three decades, that economists have found very little significant change to have taken place.” That was then; this is now. Were Irving still around to chime in, he would probably continue to mock. These trends are starting to define our era. Your subscription includes: Uk.businessinsider. Freedom Caucus plots overthrow of House, entire government. They ousted one House Speaker, John Boehner, and now the House problem children want to make sure that the new one, Paul Ryan, remembers that. 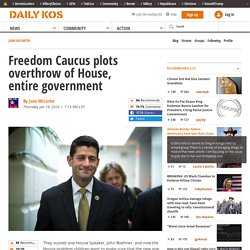 They're plotting their course to complete their takeover of the House and dramatically change government. Man wears knitted colander cap in driver's license photo, pisses off Moscow officials. In what is evidently becoming a worldwide phenomenon, a Russian man has fought for the right to wear a colander on his head in his driver's license photograph. 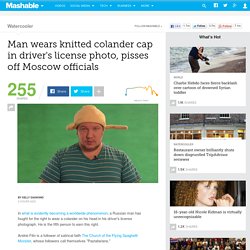 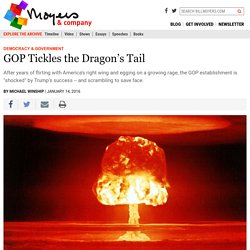 The test was part of the Operation Castle and was the first nuclear test conducted on a barge. Flint doctor will head team to fight health problems from Flint water crisis. FLINT, MI – The Flint doctor who first raised red flags on elevated lead levels in children will lead the fight to combat lead exposure for children and residents who were exposed to harm after the disastrous city water switch. 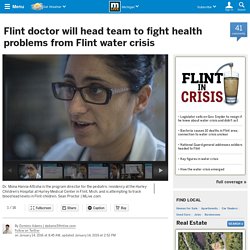 Dr. Mona Hanna-Attisha will head a collaboration between Hurley Medical Center, Michigan State University's college of human medicine and other community organizations. A news conference announcing the partnership is set for Thursday, Jan. 14, at MSU's medical campus in downtown Flint. "This is why I feel that we're in a state of emergency," said Dr. Mona Hanna-Attisha, director of Hurley's pediatric residency program and an assistant professor in the Department of Pediatrics & Human Development at Michigan State University's College of Human Medicine. Hanna-Attisha will be the director of the pediatric public health initiative.

Gun Culture and the American Nightmare of Violence - BillMoyers.com. Jaden Adams person look over a unloaded semi automatic handgun during a packed class to obtain the Utah concealed gun carry permit, at Range Master of Utah, on January 9, 2016 in Springville, Utah. 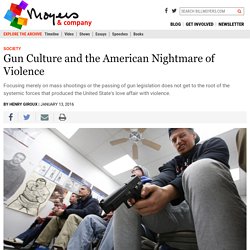 (Photo by George Frey/Getty Images) This post originally appeared at Truthout. Gun violence in the United States has produced a culture soaked in blood – a culture that threatens everyone and extends from accidental deaths, suicides and domestic violence to mass shootings. In late December, a woman in St. See Fans' David Bowie Tributes Around the World Pictures. Mitt Romney: Republicans Are “Nuts Not to Raise the Minimum Wage” Okay, okay, maybe one apology… After two failed runs for the presidency and one impossibly stupid rant admitting that he’s not the candidate of poor people, Mitt Romney has finally seen the light. 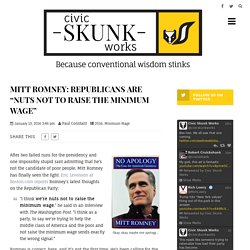 Eric Levenson at Boston.com reports Romney’s latest thoughts on the Republican Party: Untitled. David Bowie and the sad, inspiring history of making art while dying. So how could we be so stupid? 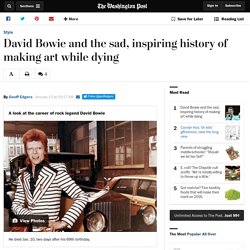 David Bowie has barely been seen in public, doesn’t do interviews, and then he puts out the video for a new song, “Lazarus,” in which he’s sickly thin, in a hospital bed, with his eyes covered. “Look up here, I’m in heaven,” he sings in the song’s opening. As fictitious movie producer Ben Geisler shouts in “Barton Fink,” “Wallace Beery! Wrestling picture! Harney County, OR Judge to Bill Ammon Bundy $70K a Day. Paris attacks suspect Abdeslam 'caught on CCTV' in French petrol station.

Image copyright Reuters The first images of the fugitive Paris attacks suspect Salah Abdeslam are said to have emerged, according to French news channel BFM TV. Father of Koch Brothers Helped Build Nazi Oil Refinery, Book Says. Drug Companies to Try a Unified Front Against Cancer. Photo SAN FRANCISCO — Some leading pharmaceutical companies are joining forces in an effort to speed the testing of new types of drugs that harness the body’s immune system to battle tumors. The cooperative effort, announced on Monday, will include , and some smaller companies.

The effort, known as the National Immunotherapy Coalition, will try to rapidly test various combinations of such drugs. Donna Edwards: Media treats white militants better than black activists. Rep. Donna F. Edwards (D-Md.) at an Oct. 16 rally to protest the announced closure of Safeway's two distribution centers in Upper Marlboro and Landover. (Marvin Joseph/The Washington Post) Rep. Donna F. Five Trends Shaping America in 2016 - BillMoyers.com. Five Trends Shaping America in 2016 Protestors outside a Minneapolis Police station raise their arms as the funeral procession for Jamar Clark passes on November 25, 2015. Clark was killed by a Minneapolis police officer on November 15th. (Photo by Stephen Maturen/Getty Images) David Bowie's last release, Lazarus, was 'parting gift' for fans in carefully planned finale. Tony Visconti, the producer who worked with Bowie to complete his final album, has released a statement saying it was deliberately created and timed as a "parting gift" for his fans.

After Declaring Emergency, Michigan Governor Gives Water to Flint. Inside Raqqa, the Capital of ISIS. David Bowie: Blackstar review – a spellbinding break with his past. America Is Becoming More Liberal. Over roughly the past 18 months, the following events have transfixed the nation. In July 2014, Eric Garner, an African American man reportedly selling loose cigarettes illegally, was choked to death by a New York City policeman. De-bullshitifying the libertopian Legend of Malheur National Wildlife Refuge / Boing Boing.

Broke, unemployed and on disability: Here’s how the Oregon militants can afford to play ‘patriot’ games. Adventures in Islam: The Myths and Legends of Muslim Homogeneity  As we watch the presidential debates unfold, one could be excused for thinking that there was an imminent threat of an Islamic takeover of the United States. What It's Like To Be Shia Inside The Ardently Sunni Saudi Kingdom. While sleek, ultra-modern skyscrapers reach towards the heavens from Saudi Arabia’s largest cities, al-Awamiya is a remote and impoverished town.

It is home to many Saudi Shias, and was the birthplace of Nimr al-Nimr, whose execution by Saudi officials this weekend has deepened a rift between the Sunni-ruled Kingdom and Shia-dominated Iran. The Secret, Hypocritical Gay World of ISIS. Oregon Rancher ‘Heroes’ Accused of Child Abuse. U.S. Struggles to Explain Alliance With Saudis. Photo WASHINGTON — The Obama administration on Monday confronted the fundamental contradiction in its increasingly tense relationship with Saudi Arabia. What the Saudi Arabia-Iran Conflict Means for Stability. Ruqia Hassan Mohammed: The activist and citizen journalist that Isis murdered – and then posed as for three months on social media to entrap other opponents. How the Oregon Standoff Was 50 Years in the Making.