Records broken as vinyl sales reach 1m in 2014. Vinyl sales have reached 1m units in the UK for 2014, the highest figure since 1996 – and are being driven primarily by heritage rock acts including Pink Floyd and Led Zeppelin. 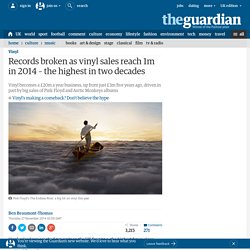 The 2014 figure is another big leap on the previous year, when 780,000 vinyl records were sold. Factoring in the Christmas market, the sales could reach as high as 1.2m by the year’s end. The biggest selling vinyl LP of 2014 is Arctic Monkeys’ AM, followed by Lazaretto by Jack White and The Endless River by Pink Floyd, which became the fastest-selling vinyl LP of the century with 6,000 first week sales. Jack White meanwhile shifted a record-breaking 40,000 copies of Lazaretto in his first week of US sales earlier this year, driven in part by innovations in the format such as hidden tracks and holograms.

Its sales are buoyed by the success of Record Store Day each April, which continues to grow as a focal point for vinyl purchase. The-internet-not-the-labels-hurt-the-music-industry. Photo I WAS the worst kind of music retailer. 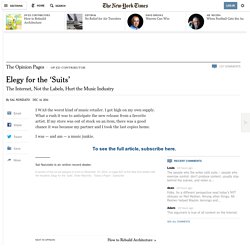 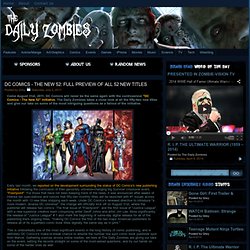 The Daily Zombies takes a close look at all the fifty-two new titles and give our take on some of the most intriguing questions as a fallout of the initiative. Early last month, we reported on the development surrounding the status of DC Comics's new publishing initiative following the conclusion of their genuinely universe-changing big Summer crossover event, "Flashpoint". For those that have not been keeping track of the news, it was announced after weeks of intense fan speculations and rumors that fifty-two monthly titles will be launched with #1 issues across the month with 13 new titles shipping each week. This is undoubtedly one of the most significant events in the long history of comic publishing, and is definitely DC Comics's make-or-break chance to wrestle the number one spot comic book publisher spot from Marvel.

To our comics retail partners, Key Messages. Breaking Into Freelance Illustration: A Guide for Artists, Designers and ... - Holly DeWolf. Build Your Own Thriving Illustration Business The boundaries between art, design and illustration are blurring, and with all the new opportunities for visual creatives, now is the perfect time to unleash your talent on the world! 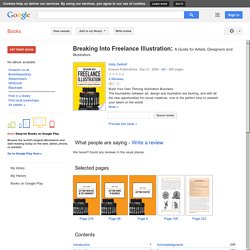 Breaking Into Freelance Illustration provides a step-by-step roadmap for promoting yourself and running your creative business. You'll find up-to-date advice about best business practices, ideas for new promotional tools, answers to common questions and words of wisdom and inspiration from top illustrators. Screen Shot 2014 11 20 at 15 34 40. KickStarter. Paloma Faith will curate an exhibition of her iconic imagery in Late November - Album Artists. Paloma Faith, along with Album Artists, is curating an art exhibition comprising a selection of her album artwork and iconic imagery since her debut album was released in 2009. 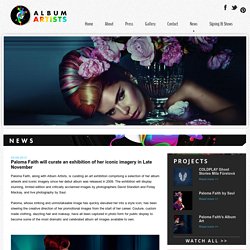 The exhibition will display stunning, limited edition and critically acclaimed images by photographers David Standish and Finlay Mackay, and live photography by Saul. Paloma, whose striking and unmistakeable image has quickly elevated her into a style icon, has been steering the creative direction of her promotional images from the start of her career. Couture, custom made clothing, dazzling hair and makeup, have all been captured in photo form for public display to become some of the most dramatic and celebrated album art images available to own. Paloma Faith's Album Art - Album Artists. Paloma Faith, along with Album Artists, is curating an art exhibition comprising a selection of her album artwork and iconic imagery since her debut album was released in 2009. 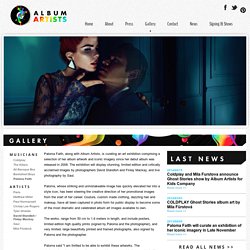 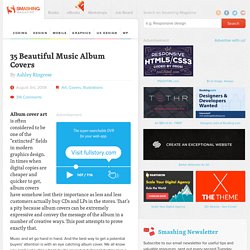 10 Album Cover Artists You Should Know. A good record cover will stop you dead in your tracks, and make you curious not only about the music it accompanies, but about the artist who created it. 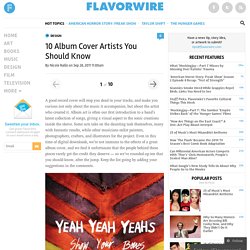 Album art is often our first introduction to a band’s latest collection of songs, giving a visual aspect to the sonic creations inside the sleeve. Some acts take on the daunting task themselves, many with fantastic results, while other musicians enlist painters, photographers, crafters, and illustrators for the project. Even in this time of digital downloads, we’re not immune to the effects of a great album cover, and we find it unfortunate that the people behind these pieces rarely get the credit they deserve — so we’ve rounded-up ten that you should know, after the jump. 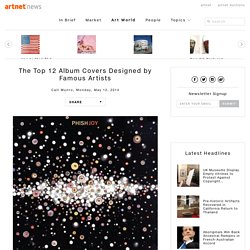 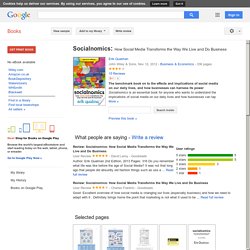 In this revised and updated second edition, author Erik Qualman presents new material based on meeting with 75 Fortune 1000 companies, 50 colleges and universities, and over 100 small businesses & non-profits since the first edition. Qualman's materials have been used from IBM to NASA to Harvard to local businesses. Patreon: Support the creators you love. The Social Media Bible: Tactics, Tools, and Strategies for Business Success - Lon Safko. 90 Foreign Affairs 2011 Political Power of Social Media - Technology, the Public Sphere Sphere, and Political Change, The Essay. Social Media Works for You.

Social media. A guide for college and university libraries Social media is a powerful new form of communication. The number of users on poular social media sites is growing at exponential rates. Facebook has more than 300 million active users,1 which rivals the population of the United States. From February 2008 to February 2009, Twitter experienced 1,382% growth rate.2 Millions of people are using these tools as part of their everyday lives for both work and play. Why use Social Media?

What to Post? The Successful Artist's Career Guide: Finding Your Way in the Business of Art - Margaret Peot. Art is one of the best parts of your life...are you ready to make it your living? Whether you are an art student, an aspiring artist or a longtime hobbyist, Margaret Peot offers experienced advice and empowerment for taking that next step. Chapter by chapter, she'll help you map out a personalized route toward the creative life of your dreams. Get real-world advice on everything from bidding on jobs and promoting yourself to filing taxes and getting health insurance.

3D Artist & Illustrator :. MAREK OKON : DESIGN + ART DIRECTION. Mikey Burton / Designy Illustration. André Beato. Penguin Design Award - Home. Adult Fiction Cover Award Title brief: Oranges Are Not The Only Fruit by Jeanette Winterson Adult Non-Fiction Cover Award Title brief: Freakonomics by Steven D. Branding 101 For Illustrators. You may think that as a professional illustrator, your work speaks for itself – that you don’t need to think about branding or a fancy logo or anything more than simply creating fabulous pieces.

Unfortunately, that’s not enough any more… Contrary to conventional wisdom, branding isn’t all about you. Global Advertising & Design Awards. How to start your illustration career - Nate Williams. The career path of an illustrator isn’t very clear and that is probably why people often ask me how I got started as an illustrator and if there is any advice I can give them in regards to becoming a professional illustrator.

I think having a successful illustration career comes down to the following: Unique Consistent Style, Technical Skills, Marketing, Tracking Work and Attitude. Hopefully, you will find something useful in this article. Unique Consistent Style I think having a unique consistent style is probably one of the most important keys to having a successful illustration career. Technical Skills. Art of Steph Lew. Award Winning Design Studio. Pizza Hut serves up new identity. Little White Lies & Vested Interest Present... The Punk Singer. Derby Film Festival 2014: A Film A Day. LWLies 56: The 1994 Issue. What Makes A Great Artist Biopic?