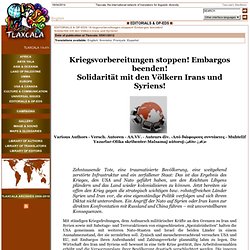 Confronting Iran: Warmongering in the Middle East. Santa Barbara, CA - The public discussion in the West addressing Iran's nuclear programme has mainly relied on threat diplomacy, articulated most clearly by Israeli officials, but enjoying the strong direct and indirect backing of Washington and leading Gulf states. 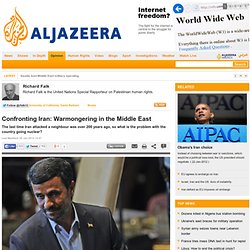 Israel has also been engaging in low intensity warfare against Iran for several years, apparently supported by the United States, that has been inflicting violent deaths on civilians and disrupting political order in Iran. Many members of the UN Security Council, along with the membership of the European Union, support escalating sanctions against Iran, and have not demurred when Tel Aviv and Washington talk menacingly about leaving all options on the table, which is "diplospeak" for their readiness to launch a military attack. US-Strategy on Iran. In the past few months, as the situation in Iraq has deteriorated, the Bush Administration, in both its public diplomacy and its covert operations, has significantly shifted its Middle East strategy. 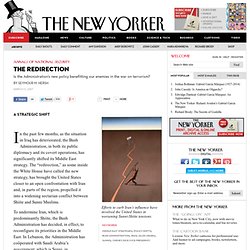 The “redirection,” as some inside the White House have called the new strategy, has brought the United States closer to an open confrontation with Iran and, in parts of the region, propelled it into a widening sectarian conflict between Shiite and Sunni Muslims. To undermine Iran, which is predominantly Shiite, the Bush Administration has decided, in effect, to reconfigure its priorities in the Middle East. In Lebanon, the Administration has coöperated with Saudi Arabia’s government, which is Sunni, in clandestine operations that are intended to weaken Hezbollah, the Shiite organization that is backed by Iran.

The U.S. has also taken part in clandestine operations aimed at Iran and its ally Syria. Iran: The real cost of sanctions - Inside Story. The United States has unveiled aggressive new sanctions targeting Iran's currency and car industry that are among the toughest yet. 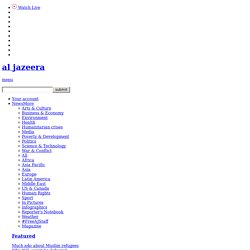 They are aimed at making Iranian money all but unusable outside the country. The White House is increasing pressure on Tehran to stop it from developing nuclear weapons and "meet its international obligations". Sanctions on Iran: A prelude to war? Being in South Africa reminds me that I am in a country that resisted foreign sanctions for years. 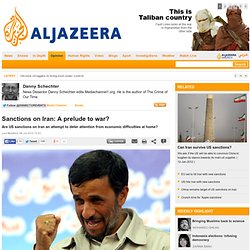 Ironically, when an oil boycott was imposed to undermine the apartheid system, the Shah of Iran sold oil to the then ostracised nation, and South Africans became dependent on Iranian oil. Today, it is the revolution that toppled the Shah that sells oil to South Africa. But now, Iranian oil is being sanctioned by the West, with Europe and the US leaning on the "new" South Africa to cut back on its Iranian imports or face a trade cut-off. They have no choice but to comply. What No One Is Saying: The Horrors That Would Be Unleashed By a Strike on Iran. March 1, 2012 | Like this article? 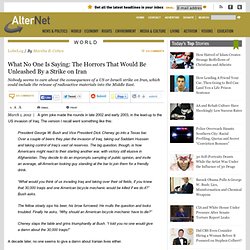 Join our email list: Stay up to date with the latest headlines via email. The case for bombing Iran is quickly collapsing. Washington, DC - One critical element leads me to the conclusion that the United States will not go to war with Iran, nor allow Israel to do so. 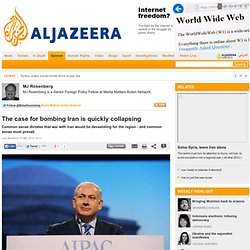 It is this: common sense. Auslandseinsätze der Bundeswehr. Dangerous ignorance: The hysteria of Kony 2012. Kampala, Uganda - From Kampala, the Kony 2012 hysteria was easy to miss. 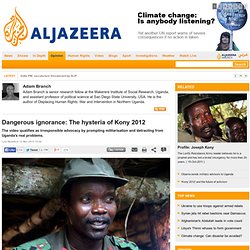 I'm not on Facebook or Twitter. I don't watch YouTube and the Ugandan papers didn't pick up the story for several days. Waren 40.000 Tote die Beseitigung Gaddafis wert? 18. 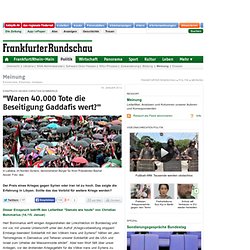 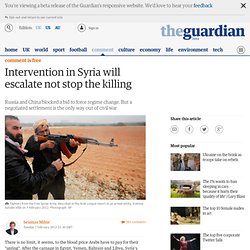 In 1988, during the waning days of Iraq's war with Iran, the United States learned through satellite imagery that Iran was about to gain a major strategic advantage by exploiting a hole in Iraqi defenses. U.S. intelligence officials conveyed the location of the Iranian troops to Iraq, fully aware that Hussein's military would attack with chemical weapons, including sarin, a lethal nerve agent. Turkish Police find Chemical Weapons in the Possession of Al Nusra Terrorists heading for Syria. According to a report in Turkey’s state media agency Zaman, agents from the Turkish General Directorate of Security (Emniyet Genel Müdürlüğü) ceased 2 kg of sarin gas in the city of Adana in the early hours of yesterday morning. The chemical weapons were in the possession of Al Nusra terrorists believed to have been heading for Syria. Sarin gas is a colourless, odorless substance which is extremely difficult to detect.

The gas is banned under the 1993 Chemical Weapons Convention. The EGM identified 12 members of the AL Nusra terrorist cell and also ceased fire arms and digital equipment. Www.german-foreign-policy.com. Arab League: Only UN can stop Syria crimes - Middle East. The head of the Arab League has said military intervention in Syria is not an option - a further blow to the United States' efforts to act over a chemical weapons attack in Damascus last month.

Following emergency meetings in Cairo on Monday, secretary-general, Nabil Elaraby, said the League held the Syrian regime of Bashar al-Assad responsible for the August 21 attack, but a "military option is out of the question". He said that the United Nations inspectors who had investigated the attack site "do not have the powers to say who committed this... so, all the inspectors will say is that chemical weapons have been used". His comments came a day after the League stopped short of calling for military intervention in Syria, instead asking the UN and the international community to take "deterrent" measures under international law. Unleash diplomacy, not missiles, in Syria - Opinion. As ever, the Syrian regime gives with one hand and takes with the other. On Sunday, Damascus allowed UN weapons inspectors to gather evidence at the site of an alleged chemical gas attack in al-Ghouta.

Saudi-backed terrorists were responsible for the atrocity, state media told a sceptical world. Yet only days later, a BBC news team reported from the scene of an horrific incendiary attack by government fighter jets against a school playground in Aleppo. It's time for a UN-imposed ceasefire in Syria - Opinion. Could the United States have chosen a worse piece of "evidence" than an intercepted phone call as its main justification for blaming the Assad government for last week's chemical weapons attack in the Damascus suburbs?

In case you don't recall, then Secretary of State Colin Powell trotted out the same type of information in his infamous UN speech to attempt to win Security Council approval for the US invasion of Iraq in 2003. "I cannot tell you everything that we know," Powell confidently declared. Mortality after the 2003 invasion of Iraq. Lessons to be learnt from the Iraq War - Opinion. After a decade of combat, casualties, massive displacement, persisting violence, enhanced sectarian tension and violence between Shias and Sunnis, periodic suicide bombings and autocratic governance, a negative assessment of the Iraq War as a strategic move by the United States, the United Kingdom and a few of their secondary allies, including Japan, seems unavoidable. Not only the regionally destabilising outcome - including the blowback effect of perversely adding weight to Iran's overall diplomatic influence - but the reputational costs in the Middle East associated with an imprudent, destructive and failed military intervention make the Iraq War the worst American foreign policy disaster since its defeat in Vietnam in the 1970s.

The UN hurt its image when it failed to reinforce its refusal to grant authorisation to the US and its coalition, despite great pressure from the US, to launch the attack. 'Vietnam Syndrome' Crime against peace. Iraq: War's legacy of cancer - Features. This report contains photos of a graphic nature. Fallujah, Iraq - Contamination from Depleted Uranium (DU) munitions and other military-related pollution is suspected of causing a sharp rises in congenital birth defects, cancer cases, and other illnesses throughout much of Iraq.

Many prominent doctors and scientists contend that DU contamination is also connected to the recent emergence of diseases that were not previously seen in Iraq, such as new illnesses in the kidney, lungs, and liver, as well as total immune system collapse. DU contamination may also be connected to the steep rise in leukaemia, renal, and anaemia cases, especially among children, being reported throughout many Iraqi governorates. There has also been a dramatic jump in miscarriages and premature births among Iraqi women, particularly in areas where heavy US military operations occurred, such as Fallujah. Toxic environments The research team interviewed Fallujans about abnormally high rates of cancer and birth defects. What's delaying the WHO report on Iraqi birth defects? - Opinion. The Price of 9/11 - Joseph E. Stiglitz.

Juarez, Mexico - The US Central Intelligence Agency and other international security forces "don't fight drug traffickers", a spokesman for the Chihuahua state government in northern Mexico has told Al Jazeera, instead "they try to manage the drug trade". Voice against the Afghanistan war. Afghanistan: The price of revenge - Special series. Afghanistan: Drawdown - People & Power.