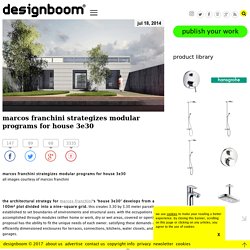 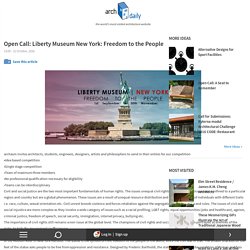 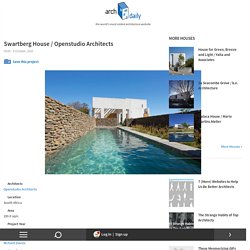 This passive solar new-build house on the edge of the Great Karoo desert in South Africa acts as a poetic and flexible agricultural object. SAMI Arquitectos > EC house. Source: SAMI arquitectos Photo: Paulo Catrica The ruin was a rural house made of basalt stone dating from the XVIII century. 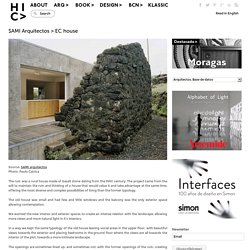 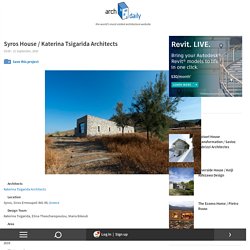 The gulf surrounds a small uninhabited island. As the site extends towards the gulf, the small island becomes its focal point, its point of reference. The property belongs to a Greek five member family which is based in London and has links to the textile and shipping industries of the island. The construction is based on traditional methods. House CM / Bultynck Kindt architecten. Architects Location Oedelem, 8730 Beernem, Belgium Project Year 2015 Photographs From the architect. 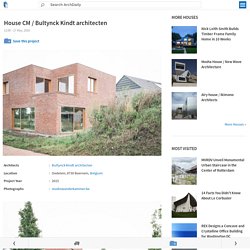 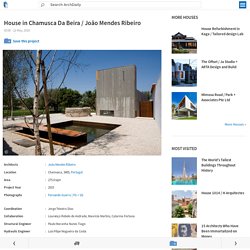 The project for the House in Chamusca da Beira consists in the requalification of a small built aggregate in a rural estate and on its enlargement with the construction from scratch of a new small building, directly articulated with the exterior space. Gallery of Villa 4.0, ‘t Gooi / Mecanoo - 9. Montblanc House / Studio Velocity. Architects Location Okazaki, Aichi Prefecture, Japan Architects Studio Velocity Project Year 2009 Photographs From the architect. 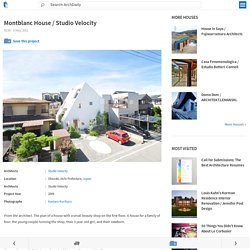 The plan of a house with a small beauty shop on the first floor. A house for a family of four: the young couple running the shop, their 3 year-old girl, and their newborn. The site, surrounded by neighboring houses in 3 directions, is in a quiet residential area. Most houses in the area have only 2 stories and one is able to see the mountains far away. However, the neighboring houses and apartments stand close to the site with their windows opening on to it. House EFFE-E / Archiplan Studio. Architects Location Project Year 2016 Photographs From the architect. 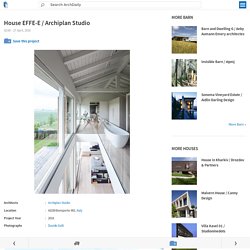 Solo House / Pezo von Ellrichshausen. Architects Location Architects in Charge Mauricio Pezo, Sofia von Ellrichshausen Area 313.0 sqm Project Year 2013 Photographs Collaborators Diogo Porto, Bernhard Maurer, Valeria Farfan, Eleonora Bassi, Ana Freeze Builder Ferras Prats Structural Consultant Jose Perez Building Services Ineco, Pablo Rived This unique entity occupies a dominant position in a rural landscape of vineyards and olive groves, set against a general background of medieval villages and rocky outcrops. A bare horizontal volume is detached from the ground, suspended in an almost archaic time. Transparent and monolithic, the building is balanced on top of a blind pedestal, in such a way that its outline is divided between an elevated portion visible from a distance and another that disappears behind the leaves of native plant species.