I am looking for Technical Content Writer for the website - Freelance Job in Technical Writing - Hours to be determined - 1 to 3 months. The Farms - Isle of Whithorn's Agricultural History. There are four farms immediately surrounding the village, Cutreoch, Boyach, Stannock and Isle Farm. 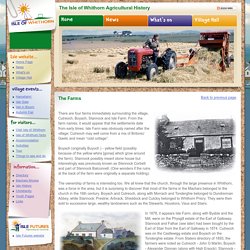 From the farm names, it would appear that the settlements date from early times. Isle Farm was obviously named after the village; Cutreoch may well come from a mix of Britonic/ Gaelic and mean “cold cottage”. Boyach (originally Buyoch ) - yellow field (possibly because of the yellow whins [gorse] which grow around the farm). Stannock possibly meant stone house but interestingly was previously known as Stennock Corbett and part of Stennock Balconnell. Review: 12 Rules for Life by Jordan Peterson. Jordan B. 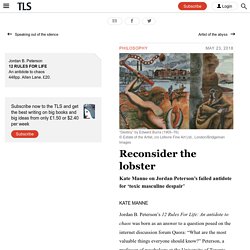 Peterson’s 12 Rules For Life: An antidote to chaos was born as an answer to a question posed on the internet discussion forum Quora: “What are the most valuable things everyone should know?” Peterson, a professor of psychology at the University of Toronto, proposed a list of maxims, which became popular with Quora users. As Peterson tells us in his book’s introduction (“Overture”), the list received 120,000 views and 2,300 “upvotes”. “My procrastination-induced musings hit a nerve. I had written a 99.9 percentile answer.” Accidents 1870-1899 - Scottish Mining Website. This section contains newspaper reports on selected accidents. 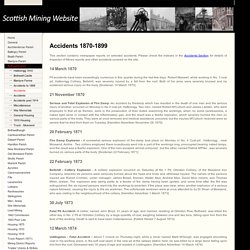 Please check the indexes in the Accidents Section for details of Inspector of Mines reports and other accidents covered on the site. 14 March 1870 Pit accidents have been exceedingly numerous in this quarter during the last few days. Robert Maxwell, while working in No. 3 coal pit, Hattonrigg Colliery, Bellshill, was severely injured by a fall from the roof. Rutherglen Road. “The days when you got a poke of chips and not a bag.” 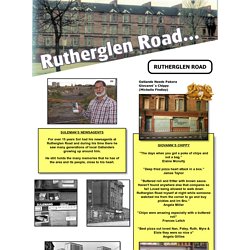 Elaine Mcnulty “Deep fried pizza heart attack in a box.” James Taylor “Buttered roll and fritter with brown sauce. Haven't found anywhere else that compares so far! Pocophone F1 Review: Like An Even Cheaper Xiaomi Mi 8. It’s no mystery, thanks to the internet of leaks and teasers, that Xiaomi has been working on a new phone but with a new brand name. 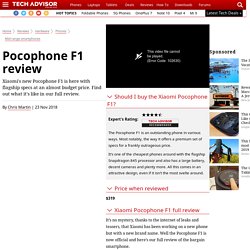 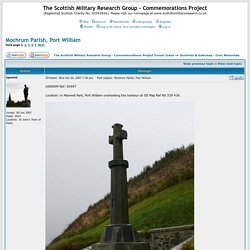 Aymer Edward Maxwell Lt. K.J. Stafford, M.C. (Military Cross) Lt. G. P/O. Kirkcudbright and the Wreck of the Monreith. Full text of "History of the lands and their owners in Galloway [by P.H. M'Kerlie]." Gaelic farms in Stewartry of Kirkcudbright. Vision of Britain. National Records of Scotland. The 1851 census was taken on Sunday 30 March under provisions in the Census Act 1850 (13 & 44 Vict c.53) - the last before the introduction of compulsory civil registration in 1855. 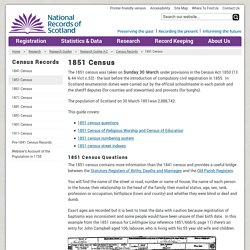 In Scotland enumeration duties were carried out by the official schoolmaster in each parish and the sheriff deputes (for counties and stewartries) and provosts (for burghs). The population of Scotland on 30 March 1851was 2,888,742. This guide covers: 1851 Census Questions. 1881 Census: Residents of Lanark Poorhouse. Dumfries and Galloway travel guide, Donald Greig and Darren Flint, Bradt. BT1305 answers. Here is the answer to BT 1305 ﻿Auchengeith. 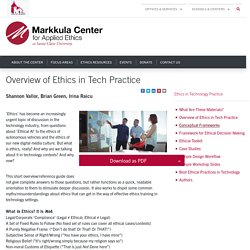 But what is ethics, really? And why are we talking about it in technology contexts? And why ​now​? This short overview/reference guide does not give complete answers to those questions, but rather functions as a quick, readable orientation to them to stimulate deeper discussion. Garlieston – A Georgian Port Town. The original lists of persons of quality; emigrants; religious exiles; political rebels; serving men sold for a term of years; apprentices; children stolen; maidens pressed; and others who went from Great Britain to the American Plantations, 1600-1700 : w. Wigtownshire Pages: 1684 Parish Lists. Return to HomeReturn to Parish Info The following is a copy of the 1684 Parish lists. 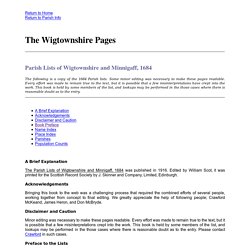 Some minor editing was necessary to make these pages readable. Every effort was made to remain true to the text, but it is possible that a few misinterpretations have crept into the work. This book is held by some members of the list, and lookups may be performed in the those cases where there is reasonable doubt as to the entry. A Brief Explanation. Ancestry - Sign In. The McClure family : McClure, James Alexander, 1872- : Free Download, Borrow, and Streaming.

A Glance at Galloway and its Agriculture - Past and Present. This interesting article about past country life in Galloway is taken from the Journal of Agriculture July 1865 to April 1866. WE are not sure that people in general know exactly what and where Galloway is. Some think it simply an alternative name for Kirkcudbright, others for Wigtownshire, whilst portions of Dumfriesshire are sometimes confounded with it. In ancient days, indeed, when it was a sort of half-independent kingdom, its boundaries were considerably wider than during its modern history, but it still comprises the shire of Wigtown and the Stewartry of Kirkcudbright. It is to the latter of these two counties that for the present we purpose chiefly to call the attention of the reader. When a great river spreads out into occasional bays, the strong current rushes past, leaving them calm and undisturbed. Family Tree Search. Dumfries and Galloway Council - dumgalrefresh Home Page. Girthon Old Kirkyard M.I. Listing – Stewartry Monumental Inscriptions.

Sierra Nevada 1877-1900. The Sierra Nevada was built in 1877 by Oswald, Mordaunt and Co., at their Southampton, England shipyard. The Sierra Nevada was owned by the Sierra Shipping Company managed by Thompson, Anderson and Co. of Liverpool. The British registered vessel is described in the Lloyds Shipping Register as being 233 feet long, 37.6 feet in breadth and 23.5 feet in depth. The vessel was a 1470 ton (net), 1523 ton (gross), two deck three masted ship. The hull was of iron with a single cemented bulkhead. The Sierra Nevada had a 100A1 classification with Lloyds of London (1).

Passengers in History. The welfare of seamen - Leisure, health and housing. The Destitute Sailors' Asylum In 1827 a group of philanthropists founded the Destitute Sailors' Asylum. They used a converted warehouse in Dock Street, north of the London Docks. At first, the Asylum provided shelter and food for shipwrecked and destitute seamen, but it soon became clear that many other seamen in the port needed help. The Sailors' Home A committee was set up and funds were raised to build a Sailors' Home in nearby Well Street.

The Sailors' Home became a valuable resource for seamen in the port for nearly a century and a half. DMCA (Copyright) Complaint to Google. Close The information on this page represents either a request to remove material from an online site or a DMCA (copyright) "counternotice," asking that material already removed be replaced. Lumen maintains an independent database of these notices and counternotices - we are not their senders or recipients. All of the notices and requests in the Lumen database have been shared with Lumen voluntarily by the companies or individuals responsible for either originally sending or receiving the notices. Lumen is not responsible in any way for either removing or restoring on-line content from the web or search engine listings, or for "blocking" or restoring access to websites or URLs. Other information in the notice or counternotice depends on what details were included when a copy of the notice was shared with Lumen.

Historic Churchyards. GENUKI: Kirkmabreck, Kirkcudbrightshire. "The parish of Kirkmabreck is formed of the old parish of this name, and the largest portion of the old parish of Kirkdale... The general aspect of the parish is mountainous, and may be said to be formed of a succession of hills and valleys; and the ridges of mountains, which rise rapidly from the shore and intersect the parish, have a very picturesque effect, particularly from Wigtownshire.... There are several fisheries in this parish upon the Cree, and in the bay, principally for Salmon, spirlings, founders, herring, &c.; and the nets employed for taking them are stake-nets, bag-nets, draught-nets... The situation of Creetown is very picturesque. It is built between two rivulets or burns and four bridges. The gardens are so abundantly stocked with fruit trees, that in spring, when the blossoms are exuberant, the village appears as if it had been built in an orchard...

Scottish National Dictionary (1700–) Hide Quotations Hide Etymology Cite this entry DRUM, n.3 A long narrow ridge or knoll, “applied to little hills, which rise as backs or ridges above the level of the adjacent ground” (n.Sc. 1808 Jam.; Per.4 1950). Often found in names of hills. Dim. drumlin (Uls. 1880 Patterson Gl. Troqueer parish records - Genealogy and Family History in Scotland. The Farms - The Isle of Whithorn's Maritime History. History of Clifton Hall School: About Clifton Hall School Clifton Hall School. Sorbie is a village in the Machars region of Wigtownshire, Dumfries and Galloway, South West Scotland, UK. Sorbie Village by Tom McCreath. Welcome to Canmore. GENUKI: Wigtownshire, Wigtownshire. There has been a census every ten years since 1801, excluding 1941, but only those returns from 1841 onwards carry details of named residents.

The latest that is currently available for inspection is for 1911. All census returns are held at the National Records of Scotland (link is external) in Edinburgh and can be accessed online at the ScotlandsPeople website (link is external). The 1841 and 1851 censuses were organised on a parish basis. The census reference number will be the same as the Old Parish Register (OPR) reference number. From 1861, censuses were organised on a registration district basis. View Dumfries and Galloway. The commissariot record of Wigton, testaments, 1700-1800 : Wigtown, Scotland (Commissariot) : Free Download, Borrow, and Streaming.

History rescued in answer to "History vindicated" being a recapitulation of the "case of the crown" and the reviewers reviewed in re the Wigtown martyrs : Napier, Mark, 1798-1879 : Free Download, Borrow, and Streaming. History Vindicated in the Case of the Wigtown Martyrs : Archibald Stewart , minister at Glasserton Archibald Stewart : Free Download, Borrow, and Streaming. Wigtown and Whithorn : historical and descritptive sketches, stories and anecdotes, illustrative of the racy wit & pawky humor of the district : Fraser, Gordon : Free Download, Borrow, and Streaming. Letter to the noblemen and gentlemen of the counties of Dumfries, Kirkcudbright, and Wigtown, and to the chairman and governors of the Dumfries and Galloway Royal Infirmary, on the necessity of erecting an asylum for the accommodation of the lunatics with.