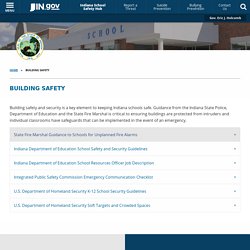 Guidance from the Indiana State Police, Department of Education and the State Fire Marshal is critical to ensuring buildings are protected from intruders and individual classrooms have safeguards that can be implemented in the event of an emergency. Minecraft for schools. Color Our Collections - Folgerpedia.

Psych Logical Fallacy Articles. Debate - Privacy v Right to know. Myth of Multitasking. Phone Monitoring and Addiction. EdTech Innovations. Public colleges and protected speech. Fax Misery. 16 technology websites every IT pro should bookmark. The world of IT is a vortex of products created by an industry with decades of exponential growth behind it. 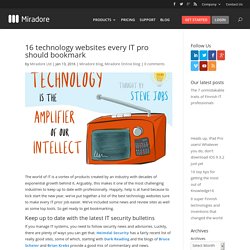 Arguably, this makes it one of the most challenging industries to keep up to date with professionally. Happily, help is at hand because to kick start the new year, we’ve put together a list of the best technology websites sure to make every IT pros’ job easier. We’ve included some news and review sites as well as some top tools. So get ready to get bookmarking. Keep up to date with the latest IT security bulletins If you manage IT systems, you need to follow security news and advisories. 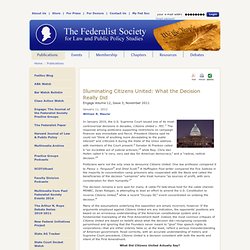 Maurer In January 2010, the U.S. Politicians were not the only ones to denounce Citizens United. The decision remains a sore spot for many. Many of the assumptions underlying this opposition are simply incorrect, however. What Did Citizens United Actually Say? Citizens United concerned a provision in the U.S. 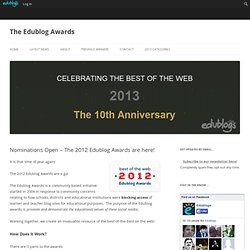 The 2012 Edublog Awards are a go! The Edublog Awards is a community based initiative started in 2004 in response to community concerns relating to how schools, districts and educational institutions were blocking access of learner and teacher blog sites for educational purposes.

Windows 8 Tips and Tricks. Leadership Management. Logic stuff. Google sites - tricks and tools. #Flipclass. #flipclass diary: a form-follows-function story. Abstract: Flipped Classrooms rock.Been taking a week or so off of the blog to finish a #BYOT book chapter with @40ishoracle, get the debate tournament season started and teach a class. 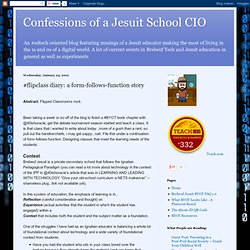 It is that class that i wanted to write about today...more of a gush than a rant, so pull out the handkerchiefs, i may get sappy...nah. Have you had the student who sits in your class bored over the lecture because they already know the material (and you know that they know)? Have you, at the same time, attempted to teach other students who struggle with the material because they have no frame of reference in which it makes sense? 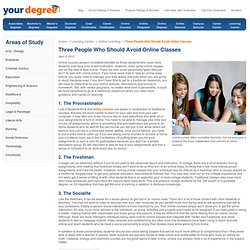 Dig.cit. Copyright. General education and pedagogy. Map. Assessment. Physical space. Android for Education. (updated often) Android is a great operating system with a lot of great features and apps for education. Most of my students have Android phones, with a few having iPhones. Android phones make up more than 50% of the smartphone market, so it is very widespread. It is rare to find an app for iOS that is not available for Android (and vice versa).

What Neuroscience Tells Us About Deepening Learning. Wireless options. Ignatian Pedagogical Paradigm. Enhancing Child Safety and Online Technologies. New technologies v. new behaviors. Welcome! 21 Things That Will be Obsolete in 2020. A technical examination of SOPA and PROTECT IP. As you have probably heard, there are two pieces of legislation currently pending that we, and others like us, believe seriously threaten the internet. 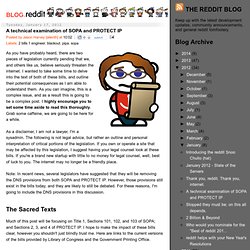 I wanted to take some time to delve into the text of both of these bills, and outline their potential consequences as I am able to understand them. As you can imagine, this is a complex issue, and as a result this is going to be a complex post. I highly encourage you to set some time aside to read this thoroughly. Grab some caffeine, we are going to be here for a while. As a disclaimer, I am not a lawyer, I'm a sysadmin. Note: In recent news, several legislators have suggested that they will be removing the DNS provisions from both SOPA and PROTECT IP. The Sacred Texts Much of this post will be focusing on Title 1, Sections 101, 102, and 103 of SOPA; and Sections 2, 3, and 4 of PROTECT IP. 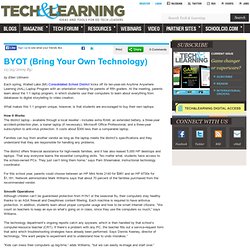 At the meeting, parents learn about the 1:1 laptop program, in which students use their computers to learn about everything from databases to digital storytelling to video creation. What makes this 1:1 program unique, however, is that students are encouraged to buy their own laptops. How It WorksThe district laptop - available through a local reseller - includes extra RAM, an extended battery, a three-year accident-protection plan, a loaner laptop (if necessary), Microsoft Office Professional, and a three-year subscription to anti-virus protection.