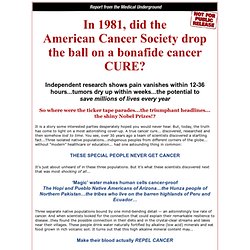 It is a story some interested parties desperately hoped you would never hear. But, today, the truth has come to light on a most astonishing cover-up. A true cancer cure... discovered, researched and then somehow lost to time. You see, over 30 years ago a team of scientists discovered a startling fact...Three isolated native populations...indigenous peoples from different corners of the globe... without “modern” healthcare or education... had one astounding thing in common: It’s just about unheard of in these three populations. 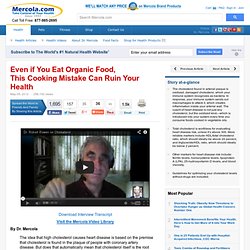 Mercola The idea that high cholesterol causes heart disease is based on the premise that cholesterol is found in the plaque of people with coronary artery disease. But does that automatically mean that cholesterol itself is the root cause, and must be kept at a minimum to prevent plaque formation? The answer is “no.” Missing from this hypothesis is the holistic understanding of how cholesterol operates inside your body, and why arterial plaques form in the first place. “Think about this for a second. So what’s the connection between cholesterol and heart disease? “There is an excellent research on animals where they fed animals plenty of cholesterol in their diet and they did just fine. Where Does Oxidized Cholesterol Come From? Oxidized cholesterol is introduced into your system every time you eat something cooked in vegetable oil. “I am a proponent of eating far more uncooked food and certainly, zero foods cooked in oil,” Dr. Why Statins Do NOT Promote Good Health.

How to Store Vegetables & Fruit Without Plastic. Movie Collection. 30 Very Funny Books. It's a dreary day, so I thought I'd indulge myself and come up with a list of my favorite comedies. 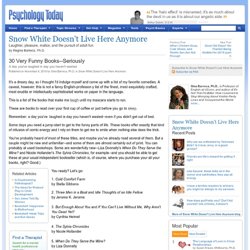 A caveat, however: this is not a fancy English-professor-y list of the finest, most exquisitely crafted, most erudite or intellectually sophisticated works on paper in the language. This is a list of the books that make me laugh until my mascara starts to run. These are books to read over your first cup of coffee or just before you go to sleep . Remember: a day you've laughed is day you haven't wasted--even if you didn't get out of bed.

Some days you need a jump-start to get to the funny parts of life. You've probably heard of most of these titles, and maybe you've already read several of them. You ready? 1. 2. 3. 4. 5. 6. 7. The Truth about High Cholesterol. By Dr. 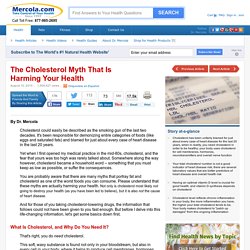 Mercola Cholesterol could easily be described as the smoking gun of the last two decades. It's been responsible for demonizing entire categories of foods (like eggs and saturated fats) and blamed for just about every case of heart disease in the last 20 years.Yet when I first opened my medical practice in the mid-80s, cholesterol, and the fear that yours was too high was rarely talked about. Somewhere along the way however, cholesterol became a household word -- something that you must keep as low as possible, or suffer the consequences.You are probably aware that there are many myths that portray fat and cholesterol as one of the worst foods you can consume. Please understand that these myths are actually harming your health. What Is Cholesterol, and Why Do You Need It? 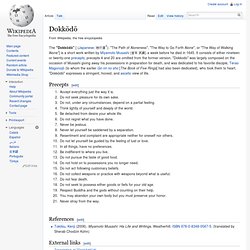 ; "The Path of Aloneness", "The Way to Go Forth Alone", or "The Way of Walking Alone"] is a short work written by Miyamoto Musashi (宮本 武蔵) a week before he died in 1645. It consists of either nineteen or twenty-one precepts; precepts 4 and 20 are omitted from the former version. "Dokkodo" was largely composed on the occasion of Musashi giving away his possessions in preparation for death, and was dedicated to his favorite disciple, Terao Magonojō (to whom the earlier Go rin no sho [The Book of Five Rings] had also been dedicated), who took them to heart. "Dokkōdō" expresses a stringent, honest, and ascetic view of life. Precepts[edit] References[edit]