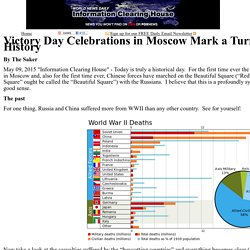 For the first time ever the West has boycotted the Victory Day Parade in Moscow and, also for the first time ever, Chinese forces have marched on the Beautiful Square (“Red” square is a mistranslation – the “Red Square” ought be called the “Beautiful Square”) with the Russians. I believe that this is a profoundly symbolic shift and one which makes perfectly good sense. The past For one thing, Russia and China suffered more from WWII than any other country. War Threat Rises As Economy Declines. Archbishop of Canterbury Harshly Criticizes America. The Episcopal Church in America, already deeply divided over its conflicting attitudes to gay clergy and same-sex civil unions, is reeling after an unprecedented attack last night on American values by the church's symbolic head, the archbishop of Canterbury, Dr. 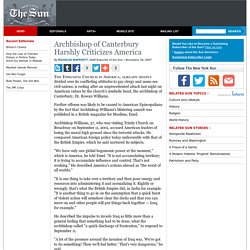 Rowan Williams. Further offense was likely to be caused to American Episcopalians by the fact that Archbishop Williams's blistering assault was published in a British magazine for Muslims, Emel. Archbishop Williams, 57, who was visiting Trinity Church on Broadway on September 11, 2001, accused American leaders of losing the moral high ground since the terrorist attacks.

He compared American foreign policy today unfavorably with that of the British Empire, which he said nurtured its subjects. "We have only one global hegemonic power at the moment," which is America, he told Emel. "It is one thing to take over a territory and then pour energy and resources into administering it and normalizing it. EVROPA: Američanka z Berlína - Neviditelný pes. Kancléřka nového hegemona Evropy, země, která se teprve učí velmocenské roli K evropské tradici patří antiamerikanismus. 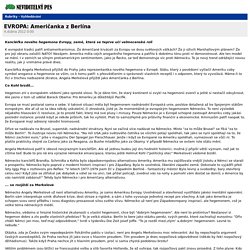 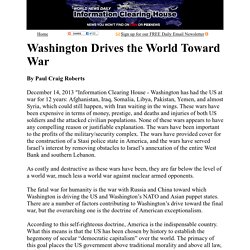 These wars have been expensive in terms of money, prestige, and deaths and injuries of both US soldiers and the attacked civilian populations. None of these wars appears to have any compelling reason or justifiable explanation. Safe Passage..., with a Big IF: A Review of Paul Craig Roberts' THE FAILURE OF LAISSEZ FAIRE CAPITALISM. - Advertisement - Paul Craig Roberts(image by YouTube) DMCA Here's a book that presents its theses nimbly, deftly, consummately. 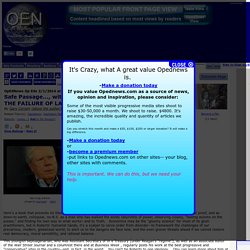 Roberts can be as "elegant" as a mathematical proof, and as down-to-earth, colloquial, no-B.S. as a man who has walked the windy labyrinths of power, observing closely, "testing axioms on the pulses," and finding his own way to what works--and to Truth. Economics may be the "gloomy science" for most of its glum practitioners, but in Roberts' humanist hands, it's a scalpel to carve order from disorder--to framework the challenges of our precarious, modern, globalized world; to alert us to the dangers we face now, and the even graver threats ahead if we cannot restore real democracy, moral sensibility, and rational balance. Printer Friendly Page. If Washington has lost control of the coup and is unable to restore control to the moderates whom it has aligned with the EU and NATO, war would seem to be unavoidable. 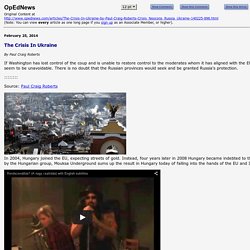 Community Library for hegemon. America’s “Nonconventional War” against Syria: Western Media Narrative Enters into Comedy Act. “If all the world is a stage,” as William Shakespeare once said, then the current mainstream media narrative on Syria must be the comedy act; this time, however, it isn’t very funny. 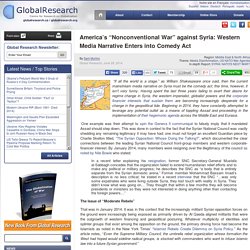 Having spent the last three years failing to exert their desire for regime change in Syria, the western imperialist, globalist powers and the corporate financier interests that sustain them are becoming increasingly desperate for a change in the geopolitical tide. Beginning in 2014, they have constantly attempted to leverage any potential outlet as a means of toppling Assad and proceeding in the implementation of their hegemonic agenda across the Middle East and Eurasia. One example was their attempt to spin the Geneva II communiqué to falsely imply that it mandated Assad should step down. The Issue of “Moderate Rebels” That was in January 2014. Diskuse: UKRAJINA: Novorusko. Co by to bylo za Římskou říši, kdyby nerozšiřovala území svého vlivu, kdyby násilím nedonutila národy mimo Řím k vazalství? 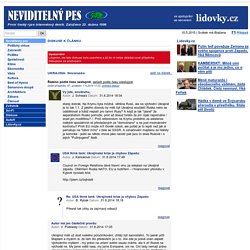 Když nešlo válečným tažením, pak přišlo na řadu staré rozděl a panuj. To je staré, jak lidstvo samo. Rozeštvat a z rozbitých vztahů vytěžit své panování nad rozeštvanými. How to Subdue Russia: The West Paves The Road To War With Lies. Official statements from the Russian government indicate that the president and foreign minister continue to rely on the good will of “our Western partners” to work out a reasonable diplomatic solution to the trouble in Ukraine caused by Washington. 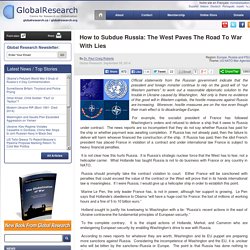 Not only is there no evidence of this good will in Western capitals, the hostile measures against Russia are increasing. Moreover, hostile measures are on the rise even though their main effect is to disadvantage Europe. For example, the socialist president of France has followed Washington’s orders and refused to deliver a ship that it owes to Russia under contract. The news reports are so incompetent that they do not say whether Russia has paid for the ship or whether payment was awaiting completion. If Russia has not already paid, then the failure to deliver will harm whoever financed the construction of the ship. It is not clear how this hurts Russia.

Ukraine War Driven by Gas-Dollar Link:      Information Clearing House. “The Fed’s ‘need’ to take on an even more active role as foreigners further slow the purchases of our paper is to put the pedal to the metal on the currency debasement race now being run in the developed world — a race which is speeding us all toward the end of the present currency regime.” 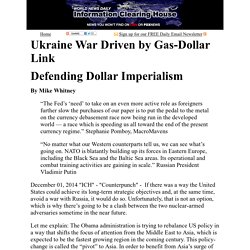 Stephanie Pomboy, MacroMavens “No matter what our Western counterparts tell us, we can see what’s going on. NATO is blatantly building up its forces in Eastern Europe, including the Black Sea and the Baltic Sea areas. Its operational and combat training activities are gaining in scale.” Russian President Vladimir Putin. ​The US govt bent on world hegemony, Russia stands in its way – Reagan economic ex-advisor — RT Op-Edge. Published time: December 04, 2014 22:07. Paul Craig Roberts. The Globalization of War. America’s “Long War” against Humanity. Dollar Imperialism, 2015 Edition. Paris. Cracks In Washington’s Empire. The Choice Before Europe. Hegemony. In the 19th century, hegemony came to denote the "Social or cultural predominance or ascendancy; predominance by one group within a society or milieu".

Later, it could be used to mean "a group or regime which exerts undue influence within a society. Střet civilizací podle Vladimira Putina. Komentáře. New Order (Nazism) The New Order (German: Neuordnung) or the New Order of Europe (German: Neuordnung Europas) was the political order which Nazi Germany wanted to impose on the conquered areas under its dominion. The establishment of the New Order had already begun long before the start of World War II, but was publicly proclaimed by Adolf Hitler in 1941: The year 1941 will be, I am convinced, the historical year of a great European New Order.[1] The Führer gave expression to his unshakable conviction that the Reich will be the master of all Europe. We shall yet have to engage in many fights, but these will undoubtedly lead to most wonderful victories. From there on the way to world domination is practically certain. The New Order in Europe: German and other Axis conquests in Europe during World War II. The term Neuordnung originally had a different and more limited meaning than in its present usage.

Through its wide use in Nazi propaganda it quickly gained coinage in Western media. Evans, Richard J.