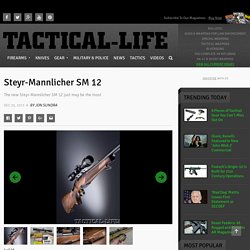 Compared to guns like the Blaser R93 and R8, the Merkel RX Helix and KR1, the Sauer 202, the Krieghoff Semprio, the Anschutz 1727 and the Heym SR-30 to name just a few, the SM 12 is downright pedestrian in its design! But that’s not to say it’s a ’98 Mauser-type action, either. David Guetta - Play Hard ft. Ne-Yo, Akon. Snap.svg - Home. C-BooL - Never Go Away. Broken Back - Halcyon Birds (Official music video) [41] Exporting Your Live Server SQL Database For Use On Your Localmachine Site.

This is Part 4 of Web Development On Your Macintosh Computer Using MAMP and Joomla! 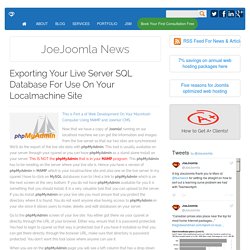 CMS. Now that we have a copy of Joomla! Running on our localhost machine we can get the information and images from the live server so that our two sites are synchronized. Migration étape par étape de Joomla! 1.5 vers 3.x. Planning Migration - Joomla 1.5 to 3. Going from Joomla! 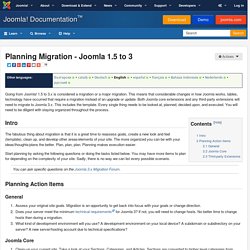 Chet Faker - I'm Into You. Nikos-A. Principles of Urban Structure: Nikos A. Salingaros: 9789937623322: Amazon.com: Books. Read " principles of urban structure " Free E-book Download: Christopher Alexander's Classic "A Pattern Language" A FEW YEARS AGO, I was lucky enough to interview architect Chris Alexander, and of course, discuss the timeless impact of his book "A Pattern Language. 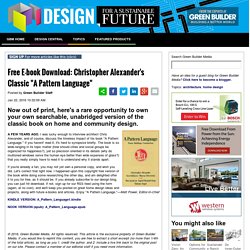 " If you havent' read it, it's hard to synopsize briefly. The book is so wide-ranging in its topic matter (how should cities and social groups be organized for happiness?) , yet so precision oriented in its details (why do mullioned windows serve the human eye better than wide expanses of glass?) Agence Karine Ruelland – Architecte urbaniste. Horoscope - Floris. Ulysses and the sea. Papooz - Ann Wants to Dance - (official video) Contact. Sans titre. ICANN WHOIS. All results shown are captured from registries and/or registrars and are framed in real-time. 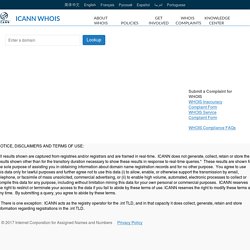 ICANN does not generate, collect, retain or store the results shown other than for the transitory duration necessary to show these results in response to real-time queries.* These results are shown for the sole purpose of assisting you in obtaining information about domain name registration records and for no other purpose. You agree to use this data only for lawful purposes and further agree not to use this data (i) to allow, enable, or otherwise support the transmission by email, telephone, or facsimile of mass unsolicited, commercial advertising, or (ii) to enable high volume, automated, electronic processes to collect or compile this data for any purpose, including without limitation mining this data for your own personal or commercial purposes. 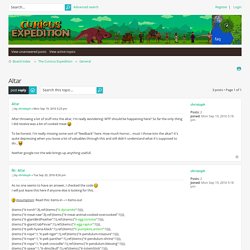 Assumption: Read this: items-in --> items-out. The Curious Expedition - Unlock Secret Characters [Code] The Ultimate Cossacks Gaming Reference: Nations. Detailed review of the balance of nations in Cossacks: Back to War. 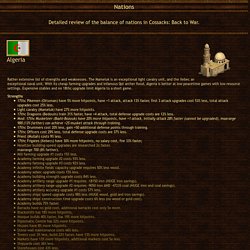 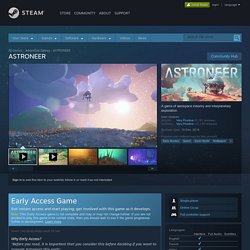 Astroneer is set during a 25th century gold rush where players must explore the frontiers of outer space, risking their lives in harsh environments for the chance of striking it rich. On this adventure, a player’s most useful tool is their ability to shape their world, altering the terrain and extracting valuable resources from planets, and moons. Resources can be traded or crafted into new tools, vehicles, and modules to create everything from massive industrial bases to mobile rover bases.Reshape terrain as though it were made of Play-Doh.Survive on and explore procedurally generated planets that can be entirely deformed and traversed.Build vehicles and travel to new planets and moons.Snap together components and objects to create custom vehicles and modules.4 player online drop-in/drop-out co-op. 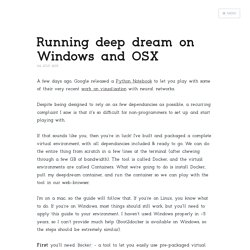 Despite being designed to rely on as few dependancies as possible, a recurring complaint I saw is that it's so difficult for non-programmers to set up and start playing with. If that sounds like you, then you're in luck! I've built and packaged a complete virtual environment, with all dependancies included & ready to go.

We can do the entire thing from scratch in a few lines at the terminal (after chewing through a few GB of bandwidth). The tool is called Docker, and the virtual environments are called Containers. Fibonaccisusan. “How does an artist take inspiration from a Mathematical concept and transform it into a work of art?” 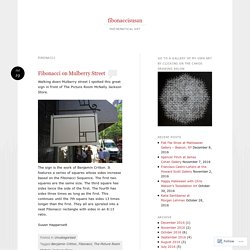 Comparatifs de couteaux de plongée. Je dessine des animaux. Japanese String Gardens. Terrarium Lamps by Nui Studio Light Your Space with Suspended Ecosystems. Nui Studio (formerly We Love Eames) has designed a lamp fit for the dim and sun-shielded garden apartments of the world, the living and working locations that are void of the light needed to grow lush plants indoors. The project is titled the Mygdal plant lamp, and is built from mouth-blown glass and aluminum. The plants placed inside this environment thrive on a completely self-sustained ecosystem that needs neither natural light or watering, with the installed LED lights sufficient enough to aid in photosynthesis for most plants. The name of the lamp is a tribute to the Danish hometown of glassmaker Peter Kuchinke, and translates to mean “fertile soil.”