Themobilestudio. Exoplanet Puzzle Cracked by Jazz Musicians. When astronomers dropped the news that nearby star TRAPPIST-1 was circled by seven planets about the size of Earth — all of which could conceivably be studied by upcoming observatories, three or more of which could have lakes and oceans on their surfaces — most of the headlines were focused on the prospect of scouring these worlds for life. 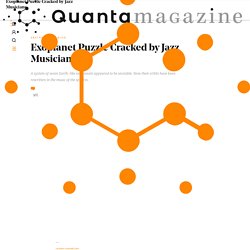 Daniel Tamayo noticed something else. The clockwork of the TRAPPIST-1 system is the most complex case yet of what astrophysicists call a resonant chain, where the “years” of each orbiting body relate to one another as simple ratios. For every eight times the innermost world races through its day-and-a-half-long orbit, the next planet goes around roughly five times, the next one after that orbits three times, and the next one two times.

And so on. All this interlocking complexity fascinated Tamayo, an orbital dynamicist at the Canadian Institute for Theoretical Astrophysics. There’s more than one way to appreciate the results. Yellow Butterfly Chords by Meg And Dia. Bm She was just five years olGd. 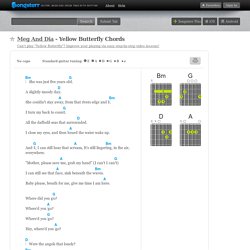 A slightly moody daDy. She couldn't stay awAay, from that rivers edge and IBm. I turn my back to counGt. All the daffodil seas that surrouDnded. I close my eyes, and then hAeard the water wake up. Mathematical Impressions: Making Music with a Möbius Strip. From Quanta (Find original story here). 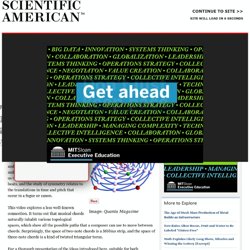 The connections between mathematics and music are many. For example, the differential equations of vibrating strings and surfaces help us understand harmonics and tuning systems, rhythm analysis tells us the ways a measure can be divided into beats, and the study of symmetry relates to the translations in time and pitch that occur in a fugue or canon. This video explores a less well-known connection.

It turns out that musical chords naturally inhabit various topological spaces, which show all the possible paths that a composer can use to move between chords. Surprisingly, the space of two-note chords is a Möbius strip, and the space of three-note chords is a kind of twisted triangular torus. For a thorough presentation of the ideas introduced here, suitable for both mathematicians and musicians, see “A Geometry of Music” by Dmitri Tymoczko. Lessons. 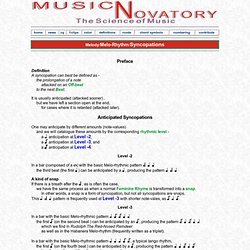 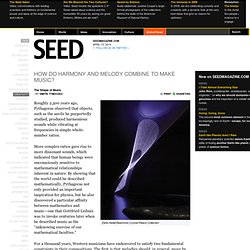 More complex ratios gave rise to more dissonant sounds, which indicated that human beings were unconsciously sensitive to mathematical relationships inherent in nature. By showing that the world could be described mathematically, Pythagoras not only provided an important inspiration for physics, but he also discovered a particular affinity between mathematics and music—one that Gottfried Leibniz was to invoke centuries later when he described music as the “unknowing exercise of our mathematical faculties.” For a thousand years, Western musicians have endeavored to satisfy two fundamental constraints in their compositions. Teoría - Music Theory Web.

Guitar String Name Mnemonic Acronyms. Pick of the best of a dazzling array of internet radio stations. I was recently told about an old tape of Orson Welles exploding with fury during the recording of an advert. 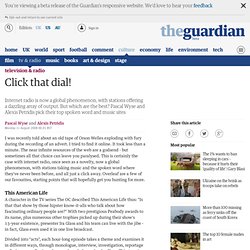 I tried to find it online. It took less than a minute. The near infinite resources of the web are a godsend - but sometimes all that choice can leave you paralysed. This is certainly the case with internet radio, once seen as a novelty, now a global phenomenon, with stations taking music and the spoken word where they've never been before, and all just a click away. Overleaf are a few of our favourites, starting points that will hopefully get you hunting for more. This American Life A character in the TV series The OC described This American Life thus: "Is that that show by those hipster know-it-alls who talk about how fascinating ordinary people are?