THE EVOLUTION OF THE SANDBOX - The Sandbox - Medium. The Sandbox Evolution is a clear example of how things can always be improved. 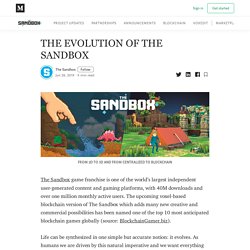 As time passed, technology kept its natural course towards modernization. Gaming is a huge industry and as such is continuously mutating to meet the demands of its numerous users. Our community has reached more than 700k followers on Facebook and we have created more than 335k videos regarding our game, as well as a total of 70M creations to date. As the opportunity appeared, we realized we could offer our players a whole new version of our game, this time including the newest technology in the market.

By middle of 2018, Pixowl’s team announced its acquisition by Animoca Brands and shared publicly its ambitions to build a whole new version of The Sandbox. This version of the game aims to be the new standard in world-building games. One-on-one with our Voxel Artists - The Sandbox - Medium. The Sandbox is a world-building platform, a game where the focus is put on both players and artists who are key to developing a well-balanced ecosystem composed of great land, unique experiences and amazing NFTs. 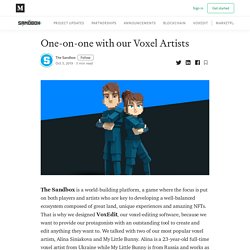 That is why we designed VoxEdit, our voxel-editing software, because we want to provide our protagonists with an outstanding tool to create and edit anything they want to. We talked with two of our most popular voxel artists, Alina Siniakova and My Little Bunny. Alina is a 23-year-old full-time voxel artist from Ukraine while My Little Bunny is from Russia and works as a voxel artist and digital illustrator. This is what they had to say about their path so far and their collaboration with The Sandbox. Being a voxel artist is a rather new profession. AS: I’ve always loved computer games and always wanted to be a part of this industry. Digital literacy framework. Flexagon Creator! K–12 Digital Citizenship Curriculum Scope & Sequence. This curriculum is no longer being updated. Our new lessons are easier to use and more relevant for students today. Get Trained Use our professional development resources to learn best practices for teaching digital citizenship to your students.

Onboard Students: Digital Passport Introduce students in grades 3-5 to Digital Passport, our award-winning suite of games that help onboard students to the foundational skills of digital citizenship and Internet safety. (59) Super Digital Citizen. CS Fundamentals Unplugged Lessons. Each of these activities can either be used alone or with other computer science lessons on related concepts. Affordances - Interaction and Service Design Seminar - Medium. Defining and finding affordances in the world An affordance is the relationship between any two objects, substances, or environments. 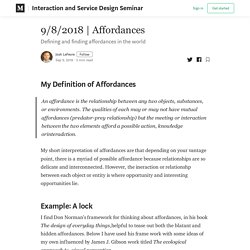 The qualities of each may or may not have mutual affordances (predator-prey relationship) but the meeting or interaction between the two elements afford a possible action, knowledge orinteradction. My short interpretation of affordances are that depending on your vantage point, there is a myriad of possible affordance because relationships are so delicate and interconnected. However, the ineraction or relationshp between each object or entity is where opportunity and interesting opportunities lie. I find Don Norman’s framework for thinking about affordances, in his book The design of everyday things,helpful to tease out both the blatant and hidden affordances.

Affordances When we think about a lock there could be a number of blatant and hidden affordances. *The lock is only allowed to afford locking if the container or object affords being locked. (59) El origen del fotomontaje. Fjord Trends 2020: Nuevas tendencias de negocio. Infoesfera. Infoesfera es un neologismo compuesto de información y esfera. 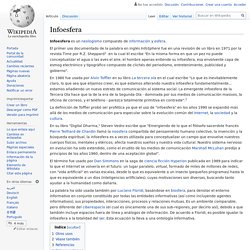 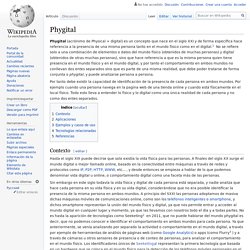 The Machine to be Another – BeAnotherLab. Empathy is defined in psychology and neuroscience as the ability of one individual to feel another individual’s emotional state while preserving the knowledge about it’s personal origin. 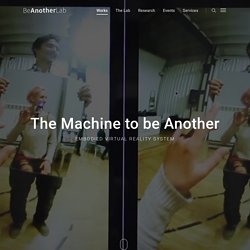 Among several phenomena, empathy is related to perspective taking that can lead to prosocial behavior (e.g.: altruism and compassion). These abilities can drive individuals to learn from others experiences and to feel joy by helping another person in need. The social importance of empathy has been raised in fields of knowledge related to psychology, neuroscience as well as in education and conflict resolution. This becomes evidenced in western European cities dealing with the co-existence of groups with different cultural identities, catalyzed by the refugee diasporas. These abilities are fundamental to foster a culture of tolerance, as “without empathy, we can’t get to conflict resolution, altruism, or peace”.

(59) Pierre Lévy – A internet não é exatamente o que você pensa. Top 7 Fictional AI Characters That Are Now A Reality. There was a time when characters and technology from literary and artistic works on science fiction found forms only within our wild imaginations. 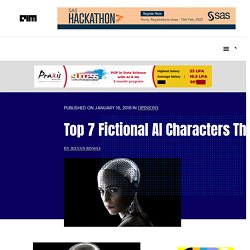 Novels, movies and television shows in the science fiction genre have given us some of the most fascinating robots and AI beings that have enthralled fans of the genre for decades. However, the rapid advancement in science and technology over the last 20-30 years has given the fans an opportunity to witness these fictional beings become reality within their lifetime. 1.

The Terminator (T-800/T-850) — ATLAS Unplugged The iconic metallic skeleton beneath Arnold Schwarzenegger’s equally tough exterior is one of the most recognisable robots in cinematic history. Unveiled in 2013, ATLAS was built to carry out search and rescue missions. The latest upgraded version, ATLAS Unplugged was unveiled in 2015 and was equipped with features and upgrades that the designers claimed made it nearly 75% different from the original ATLAS. 2. 3. 4. 5. 6. 7. 1. 2. Maldito Bulo - Maldita — Periodismo para que no te la cuelen.