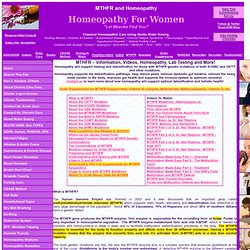 Order Supplements for MTHFR Support Here: Vitamin B Complex, Methlyfolate, Methylcobalamin, Vitamin D, etc. What is MTHFR? The Human Genome Project was finished in 2003 and it was discovered that an important gene called methylenetetrahydrofolate reductase (MTHFR) which supports one's health, well-being and detoxification was defective in a fairly large percentage of the population. The MTHFR gene produces the MTHFR enzyme. Ankylosing spondylitis and auto-immunity. Ankylosing spondylitis cause, symptoms, tests, homeopathy treatment. Ankylosing spondylitis (AS) is one of the many types of arthritis. 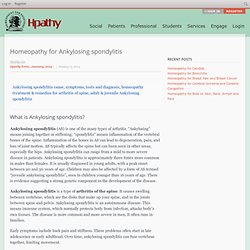 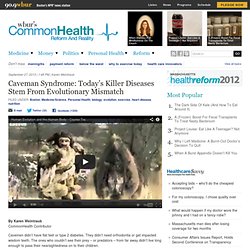 They didn’t need orthodontia or get impacted wisdom teeth. The ones who couldn’t see their prey – or predators – from far away didn’t live long enough to pass their nearsightedness on to their children. Indeed, the vast majority of what ails us today — from leading killers like heart disease and cancer, to smaller health woes such as back pain — is the result of a mismatch between the environments we evolved in and the ones we now inhabit, argues Harvard evolutionary biologist Dan Lieberman in his sweeping new book, “The Story of the Human Body: Evolution, Health, And Disease.”

Lord Jim/flickr Lieberman, perhaps best known for his energetic advocacy of barefoot running (which he sometimes does), convincingly makes the case for a wholesale rethinking of how we live our modern lives based on overcoming these evolutionary “mismatches.” “We could be doing a lot better,” he says. Seed Oil of Brucea javanica Induces Apoptotic Death of Acute Myeloid Leukemia Cells via Both the Death Receptors and the Mitochondrial-Related Pathways.

Time Funding the Creative Arts - No Cash Required. It's about TIME! Build a Custom Garden Planter With These Lego-Like Blocks. Hypoglycemic Health Association of Australia. By Jurriaan Plesman BA(Psych), Post Grad Dip Clin Nutr What is known as the hypoglycemic diet should really be called the “Natural Diet”. 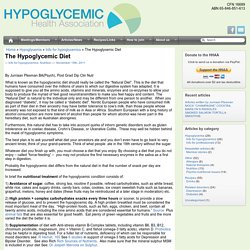 This is the diet that humans have consumed over the millions of years to which our digestive system has adapted. It is supposed to give you all the amino acids, vitamins and minerals, enzymes and co-enzymes to allow your body to produce the myriad of feel good neurotransmitters to make you feel happy and content. The “Natural Diet” is natural to the individual only and may be different from one person to another. When you diagnosed “diabetic”, it may be called a “diabetic diet”. Furthermore, this natural diet has to take into account quirks of inborn genetic disorders such as gluten intolerance as in coeliac disease, Crohn’s Disease, or Ulcerative Colitis..

The best plan is to ask yourself what diet your ancestors ate and you don’t even have to go back to very ancient times; think of your grand-parents. Also read Simple Dietary Rules. Internet Encyclopedia of Philosophy.