21 Savage Chops It Up With Seth Rogen. SAVAGE: Yeah we got different laws. 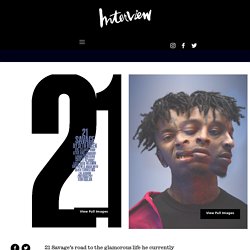 They ain’t as friendly. ROGEN: Anywhere they can send you to jail for having a joint is somewhere I’m just generally uneasy. SAVAGE: It’s kind of crazy to me. You can be on one side of the country and it’s legal but you go to the other side and you can go to jail for that shit. That don’t make no sense. Coach K. Butler - Home. 21 Savage's Net Worth in 2019. 21 Savage, born Shayaa Bin Abraham-Joseph, is an English rapper, thought to be American for a long time by all his fans. 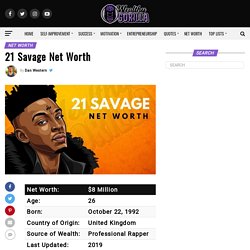 He achieved fame after releasing mix-tapes and EP’s in 2015 and 2016, which then led to mainstream success. Savage has collaborated with artists such as Offset, Lil Yachty, and Ty Dolla Sign. Free Bibliography Generator - MLA, APA, Chicago citation styles. Meet 21 Savage, Atlanta’s Most Respected New Rapper. We pull up to a parking lot in an apartment complex. 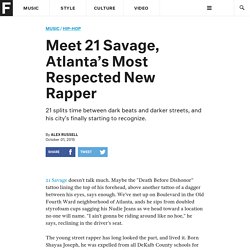 Every time the police circle the block, someone notifies the crew by saying “12.” Within minutes, prescription opiates are changing hands. Residents are shooting dice, but 21 hangs back. “I don’t shoot craps, I shoot Cee-lo,” says 21, preferring bigger stakes. “We living in the days when money is respect,” he tells me. 21 Savage. 21 Savage Gives Back by Hosting 4th Annual Issa Back 2 School Drive. 21 Savage Explains Metro Boomin's Role In Developing His Whisper Flow. 21 Savage had fans waiting all year for his sophomore album. 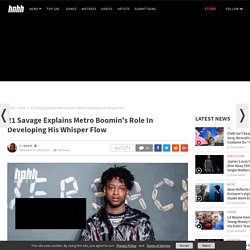 Throughout the past year, he's delivered stand-out performances on all of his guest verses including the numerous features he had on Metro Boomin's Not All Heroes Wear Capes. His whisper flow specifically on "Don't Come Out The House" became an ASMR sensation instantaneously. He brought the flow back for the song "ASMR" on his newly released album I am < I was.

The rapper sat down with Genius for the latest episode of "Off The Record" where he explains how Metro Boomin' helped him create his whisper flow. 5 takeaways that showcase 21 Savage’s growth on 'i am > i was' - REVOLT. As KRS-One articulated throughout his catalog and in his many teachings, "Rap is something you do, hip hop is something you live. 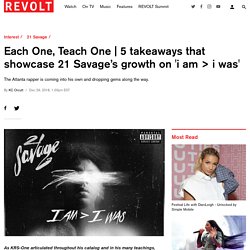 " As the culture continues to evolve today, many feel it's not only important, but vital to preserve and honor the fundamental elements: Graffiti, emceeing, breakdancing, deejaying and knowledge. This column called "Each One, Teach One" aims to do exactly that. It will highlight various lessons that can be passed between new and old generations alike. Rapper 21 Savage had to grow up quickly. His environment tested his character and carved a set path for him at an early age -- one that he later chose to redirect through hard work, determination and the stubborn mindset of a tenacious street soldier. There is a famous idiom that describes one of the most idealistic approaches to one's creative process, explaining that the best writers spend two weeks living and two weeks working on their craft.

Introspection is necessary in order to grow. 21 Savage Facts: 21 Things You Need To Know About ‘Sneakin' Rapper. 21 Savage, also known as the Slaughter King, is a Dominican born American rapper, writer and producer. 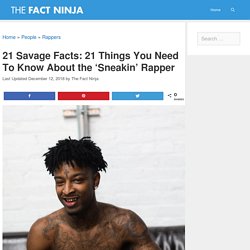 Though he has been making professional music for less than three years, Savage has quickly become one of the biggest rappers in Atlanta and the US. In just 3 years, he has amassed a total net worth of 6 million dollars, and has collaborated with some of the biggest names in Hip Hop and R&B. His latest collaboration with rapper Post Malone, titled ‘Rockstar’, is the rapper’s most successful song to date.

The single reached no 1 on the US Billboard Hot 100 chart, and peaked at the top of the charts in several other countries including Australia, Canada, Portugal, Norway and the United Kingdom. Gale - Product Login. Adolescent Identity Formation in the Context of Vocationally Oriented Speci...: Discover GALILEO. High School Education Curriculum: Discover GALILEO. 125 Common Interview Questions and Answers (With Tips)

As you prepare for your interview, you may be considering which questions the employer is going to ask you. 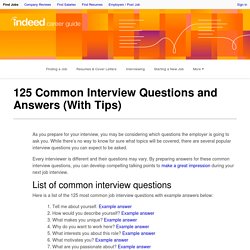 Example: “Currently, I serve as the assistant to three of the company’s five executive team members, including the CEO.