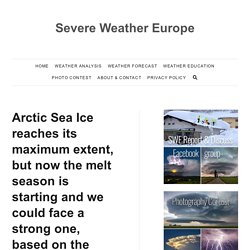 The ice melt season will now begin, and it has the potential to be a record one, based on the latest forecasts. The Arctic sea ice extent is actually running larger than in some latest years. But this does not mean that the melt season will be weaker as well. In fact, a very strong melting season is expected, with a good chance to reach a new record low extent in September. The Arctic region is actually just one large ocean and has no large-scale landmass. Inuit Elders Are Warning the World and NASA that “Earth has Shifted” Global Climate Change: The Earth Has Shifted, Say Inuit Elders. 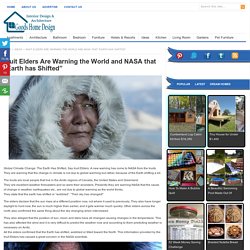 A new warning has come to NASA from the Inuits. They are warning that the change in climate is not due to global warming but rather, because of the Earth shifting a bit. The Inuits are local people that live in the Arctic regions of Canada, the United States and Greenland. They are excellent weather forecasters and so were their ancestors. 30 Pics Showing How Canadians Are Dealing With An Unprecedented Blizzard.

With global warming affecting the planet, we’re seeing more and more extreme weather all over the world. 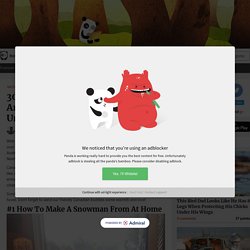 We’ve written extensively about the bushfires (and now floods) ravaging Australia. But it’s not the only place to see unprecedented weather. A massive blizzard hit Newfoundland and Labrador in Canada, covering the area in huge amounts of snow. Canadians wanted to show the world just what the worst blizzard in half a century looks like, so they posted a whole bunch of pictures online.

From snow completely covering home entrances to roaring gusts of wind, the views from the city of St. Scroll down for some jaw-dropping shots from blizzard-covered Canada and upvote your faves. With global warming affecting the planet, we’re seeing more and more extreme weather all over the world. Canadians wanted to show the world just what the worst blizzard in half a century looks like, so they posted a whole bunch of pictures online. 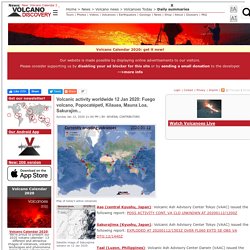 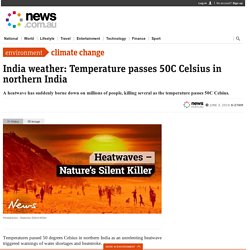 The thermometer hit 50.6 degrees Celsius in the Rajasthan desert city of Churu over the weekend, the weather department said. All of Rajasthan suffered in severe heat with several cities hitting maximum temperatures above 47 Celsius. In May 2016, Phalodi in Rajasthan recorded India’s highest-ever temperature of 51 Celsius. The Indian Meteorological Department said severe heat could stay for up to a week across Rajasthan, Maharashtra, Madhya Pradesh, Punjab, Haryana and Uttar Pradesh states. Several deaths from heatstroke have already been recorded. About 200 million people live in northern India. A red alert severe heat warning has been issued in the capital New Delhi as temperatures passed 46 Celsius, and residents were advised not to go out during the hottest hours of the day.

“Farmers only get water every three days for their livestock.” Vietnam just observed its highest temperature ever recorded: 110 degrees, in April. 1.1.2.2. Initiation of convection – how thunderstorms start (daytime heating, fronts, etc) – Severe Weather 101 – Weather tutorials by Severe Weather Europe. Initiation of convection On a warm day, convection begins when the air close to the surface warms enough to become buoyant and start rising. 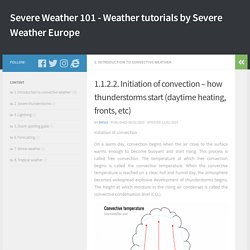