SOME MIX TO FIX 2

This Little Girl Lived Among Wild Animals in Africa for 10 Years: These Photos Will Take Your Breath Away. Whether or not you believe in the oneness between animals and humans, prepare yourself for an emotional ride, cuz’ these photos are soul-fulfilling. 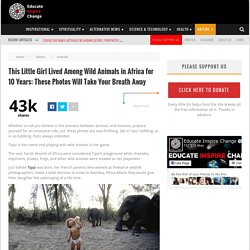 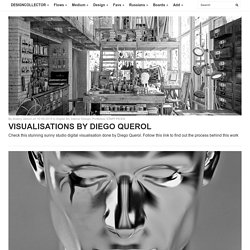 Follow this link to find out the process behind this work Digital Art of Grégoire A. Meyer London-based artist Grégoire A. Logan Zillmer Surreal Photography Check the works of conceptual photographer Logan Zillmer playing with optic illusions Digital Illustrations by Alexandr Damie. Q&A: Journalist chronicles 'GamerGate' as it unfolds. Since January, journalist David Wolinsky has conducted more than 100 interviews worldwide about issues leading to disaffection in the video game industry, including the cultural phenomenon known as GamerGate. 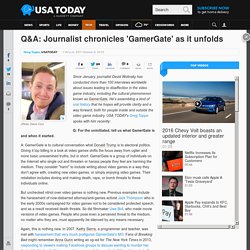 He's assembling a kind of oral history that he hopes will provide clarity and a way forward, both for people inside and outside the video game industry. USA TODAY's Greg Toppo spoke with him recently: Q: For the uninitiated, tell us what GamerGate is and when it started. EcologicalMind. Sverige, så här löser vi både integrationen och boendekrisen. Game Center. PRACTICE: Game Design in Detail is an annual conference put on by the NYU Game Center. 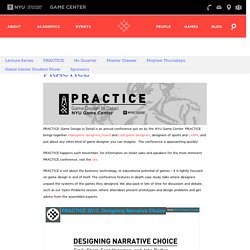 Weathering and aging effects. Version : 1.1 – Living blog – First version was 04 May 2014 With permission of Dontnod entertainment It is now frequent in game to have dynamic weathering and aging effects: Rain, snow, dirt, rust, dust, pollution… Most of the time these effects are drive by programmers because they require specific code like access to a custom shadow map or perform by a full screen space post process. 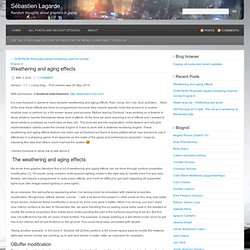 Before leaving Dontnod I was working on a feature to allow artists to handle themselves these kind of effects. Reboot Your Life: 20 Mental Barriers You Should Let Go Of. You are in an imaginary hot air balloon. 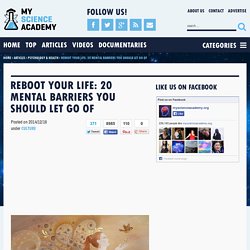 It’s just you and all of your belongings in the wicker basket. Something went wrong and you are losing altitude fast. You will hit the ground in less than ten minutes if you don’t come up with something quick. The only immediate solution is to get rid of excess weight and throw off at least half of your belongings. It’s that or hit the ground in ten. The Power Of the Subconscious Mind – Gregg Braden Unveils The Secrets of How To Manifest Anything.

Our thoughts, intentions, and beliefs have scientifically proven effects on the external world. 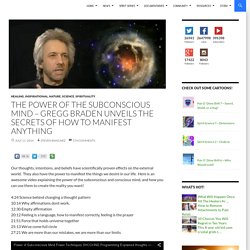 They also have the power to manifest the things we desire in our life. Here is an awesome video explaining the power of the subconscious and conscious mind, and how you can use them to create the reality you want! 4:24 Science behind changing a thought pattern 10:14 Why affirmations dont work. 12:30 Empty affirmation 20:12 Feeling is a language, how to manifest correctly, feeling is the prayer 21:51 Force that holds universe together 25:13 We’ve come full circle 27:21 We are more than our mistakes, we are more than our limits. This mind-bending video explains why death might not actually be real. Design collective Kurzgesagt’s latest video asks the biggest questions: “What is life?” 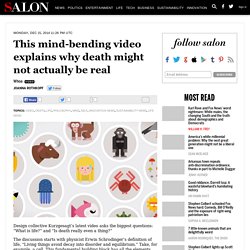 And “Is death really even a thing?” Martin Rees: Can we prevent the end of the world? Wolne Lektury Internet library. Hypotopia: How a €19bn model city has changed Austria’s attitude to protest. Riots and demonstrations have gripped the continent’s capitals for the past five years of the eurozone crisis – but in Vienna, a group of innovative students are trying a different form of urban protest. 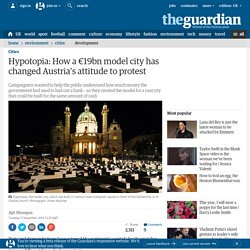 Corrupt politicians, jailed banking bosses and alleged connections to shady mafia groups in the Balkans – the story of failed Bavarian bank Hypo Alpe Adria has been an ongoing catastrophe for Austria. But the largely passive public reaction to the €19bn bailout of this “bad bank” inspired a group of architecture, civil engineering and urban planning students to pose the question: what could you build with €19bn? Over four months, these students from the Technical University of Vienna designed and created a model city for the same price as the bailout in one of Vienna’s main squares, Karlsplatz, as a protest project that has captured the attention of the country.

The fledgling team built the city without any funding or support. “We used real costs for everything. I heart intelligence FREE BOOKS: 100 legal sites to download literature - i heart intelligence. World of Darkness - the inside story on the death of a game. For the video game industry, Monday 14 April 2014 was just another day of layoffs and wasted creative energy. The massively multiplayer online game World of Darkness had spent nine years in development but was being cancelled, and its production studio CCP Atlanta slashed to a sliver of its former size.

Fifty-six people lost their jobs. Insiders could barely muster a collective shrug. A few wondered if anything could be done about the increasingly sorry state of the business, about developers like Irrational and 38 Studios closing and constant downsizing, but not many questioned how it had all happened this time. Rosetta's Singing Comet. A set of instruments on the European Space Agency's Rosetta spacecraft has picked up a mysterious "song" from Comet 67P/Churyumov-Gerasimenko. On Wednesday, Nov. 12, Rosetta will attempt the first-ever soft landing on a comet when it dispatches its Philae lander to the surface of comet 67P. The sounds are thought to be oscillations in the magnetic field around the comet.

They were picked up by the Rosetta Plasma Consortium -- a suite of five instruments on the spacecraft that is orbiting the comet. The comet's song would not be audible to the human ear because it is being emitted at 40 to 50 millihertz, far below the range of human hearing, which typically picks up sound between 20 hertz and 20 kilohertz. To make the sounds audible to humans, Rosetta scientists have increased the frequencies by 10,000 times. Rent vatten kan bli framtidens olja. “Consciousness Creates Reality” – Physicists Admit The Universe Is Immaterial, Mental & Spiritual. “Consciousness creates reality,” a statement that has gained a lot of attention across various alternative media outlets around the world. Make no mistake, consciousness has been (for quite some time) studied by numerous scientists, especially in its relation to quantum physics and how it might be correlated with the nature of our reality. What is consciousness? Consciousness includes a number of things.

It’s how we perceive our world, our thoughts, being aware, our intentions and more. Did Scientists Make A Discovery That Throws Vegetarianism Into Question? University of Missouri researchers Heidi Appel and Rex Cocroft have been able to successfully demonstrate that plants are able to sense themselves being chewed and digested and even respond by sending defenses.

Plants can feel pain. Researchers placed caterpillars on thale cress, which is similar to cabbage and kale. They then placed lasers and a small mirror on the leafy greens to mimic the same vibrations that occur when the caterpillars feed on them. Then the scientists put actual caterpillars on the greens and found that the previous “vibrations to mimic feeding” caused an increase in levels of mustard oils – a chemical that repels many herbivorous insects -than would have been found on plants that had not been previously effected by the lasers. Scientists Discover the True Age of Water Actually Predates the Sun! How old is water? We often like to imagine that shortly after the earth solidified in its creation to be this rocky ball orbiting the sun, water came to be on this planet. It predates all biological life on earth, in fact – it paved the way for life to emerge.

It is through water that biological life formed. But new research is demonstrating that the water on this planet may not have been formed on this planet at all, but in fact been floating around in space for a verrryyy long time. Introduction. Common Mythconceptions - World's Most Contagious Falsehoods. Bunker Hill - Artipelag. Products from the exhibition "Ett tv tr" at Artipelag 2013 Designers and architects have traditionally been inspired by nature and used wood as an important design material. Amongst Swedish designers, the popularity of wood has waxed and waned over time culminating in the hysterical 1970s pine mania, when every kitchen table was made of a thick solid wood top and untreated pine was the finest one could have.