I am an aspiring author/artist/superhero (with a lot of powers waiting to come out.)

286753.jpg from threadless.com. How to become Super Vol. II. CIA Document Confirms Reality Of Humans With ‘Special Abilities’ Able To Do ‘Impossible’ Things – Collective Evolution. Cases of mind influencing matter have been reported throughout history and across many cultures, more specifically in regard to ‘supernormal’ abilities which include telepathy, psychokinesis, and other phenomena that lie within the realms of parapsychology. 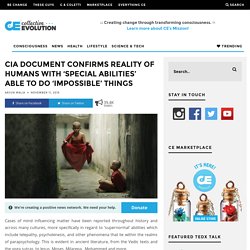 This is evident in ancient literature, from the Vedic texts and the yoga sutras, to Jesus, Moses, Milarepa, Mohammed and more. Modern day evidence is suggesting that these abilities are much more than folklore. 6 Humans With Real “Superpowers” That Science Can’t Explain. Whether they are savants who can paint a masterpiece blindfolded in seconds, geniuses who can calculate numbers only a computer could, or regular people who can remember every single detail of their lives down to the date and time, humans with special abilities seem to be abundant in society. 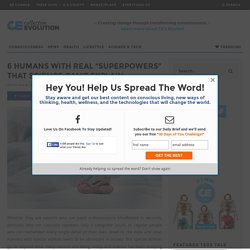 But special abilities go far beyond what many savants are doing today, and science has been studying these abilities for decades, despite the fact that the results are not always emphasized by mainstream academia. Below are a few of many examples that will make you stop and question what you think you know. Ingo Swann & Remote Viewing. 16 People With Real Super Powers. Have you ever dreamed about having super powers? 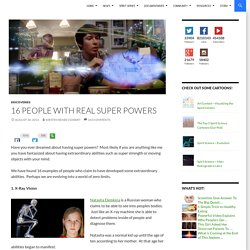 Most likely if you are anything like me you have fantasized about having extraordinary abilities such as super strength or moving objects with your mind. We have found 16 examples of people who claim to have developed some extraordinary abilities. Perhaps we are evolving into a world of zero limits. 1. X-Ray Vision. Recently Declassified Document Suggests that Thousands of People May Have Superhuman Powers · The Mind Unleashed. A recently declassified document that was unearthed through the Freedom of Information Act, suggests that the Chinese government has conducted massive-scale studies on superhuman powers like telepathy, psychokinesis, approbation, aerokinesis, clairsentience, clairaudience, and more. 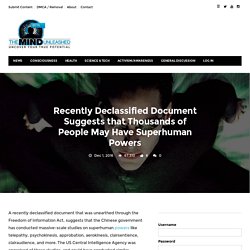 The US Central Intelligence Agency was appraised of these studies, and could have conducted similar investigations, all while keeping the results hidden from the general public. The document titled, “Chronology of Recent Interest in Exceptional Functions of The Human Body in the People’s Republic of China” can be found on the CIA’s website, and details studies which the Chinese government and other agencies funded to test thousands of children to see if they had superhuman abilities. 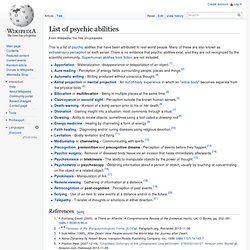 Many of these are also known as extrasensory perception or sixth sense. There is no evidence that psychic abilities exist, and they are not recognized by the scientific community. List of superhuman features and abilities in fiction. Origins Examples of ways in which a character has gained the ability to generate an effect. 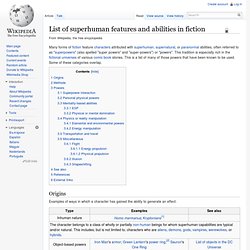