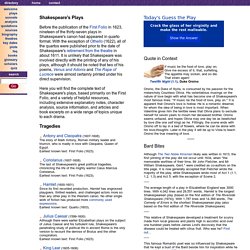 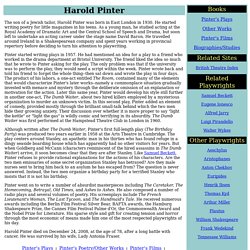 He started writing poetry for little magazines in his teens. As a young man, he studied acting at the Royal Academy of Dramatic Art and the Central School of Speech and Drama, but soon left to undertake an acting career under the stage name David Baron. He travelled around Ireland in a Shakespearean company and spent years working in provincial repertory before deciding to turn his attention to playwriting. 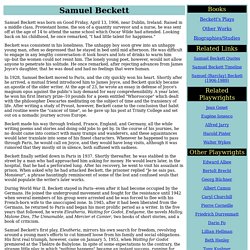 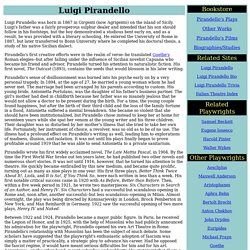 Luigi's father was a fairly prosperous sulphur dealer and intended that his son should follow in his footsteps, but the boy demonstrated a studious bent early on, and as a result, he was provided with a literary schooling. He entered the University of Rome in 1887, but later transferred to Bonn University where he completed his doctoral thesis, a study of his native Sicilian dialect.

Pirandello's first creative efforts were in the realm of verse--he translated Goethe's Roman elegies--but after falling under the influence of Sicilian novelist Capuana who became his friend and advisor, Pirandello turned his attention to naturalistic fiction. Friedrich Dürrenmatt (1921-1990) Born on January 5, 1921, in Konolfingen, Switzerland, Friedrich Dürrenmatt already had writing in his blood. 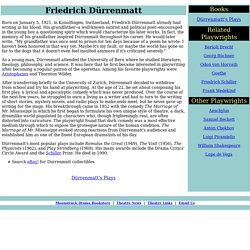 His grandfather--a well-known satirist and political poet--encouraged in the young boy a questioning spirit which would characterize his later works. In fact, the memory of his grandfather inspired Dürrenmatt throughout his career. He would later write, "My grandfather was once sent to prison for ten days because of a poem he wrote. I haven't been honored in that way yet. Maybe it's my fault, or maybe the world has gone so far to the dogs that it doesn't even feel insulted anymore if it's criticized severely. " Tom Stoppard (1937 - ) Tom Stoppard was born "Tom Straussler" in Zlin, Czechoslovakia on July 3, 1937. 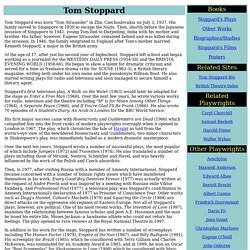 His family moved to Singapore in 1939 to escape the Nazis. John Osborne (1929-1994) Born on December 12, 1929, in London, John Osborne would eventually change the face of British theatre. 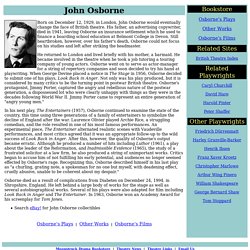 His father, an advertising copywriter, died in 1941, leaving Osborne an insurance settlement which he used to finance a boarding school education at Belmont College in Devon. Still heartbroken, however, over his father's death, Osborne could not focus on his studies and left after striking the headmaster. He returned to London and lived briefly with his mother, a barmaid. He became involved in the theatre when he took a job tutoring a touring company of young actors. Osborne went on to serve as actor-manager for a string of repertory companies and soon decided to try his hand at playwriting. 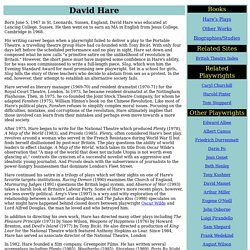 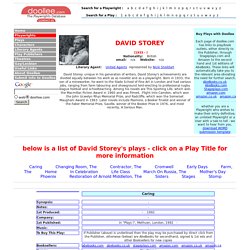 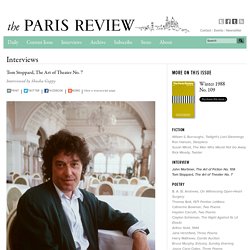 J. B. Priestley. John Boynton Priestley, the only child of Jonathan Priestley (1868–1924), and his first wife, Emma Holt (1865–1896), was born in Manningham, a suburb of Bradford on 13th September, 1894. Despite being the son of an illiterate mill worker, his father became a school teacher. His mother died when he was only two years old and in in 1898 his father married Amy Fletcher, whom Priestley described as a loving stepmother. Priestley was educated at Whetley Lane Primary School, and then, on a scholarship, Belle Vue High School. Bored with school he left education and the age of sixteen and found work as a clerk for a wool firm in Bradford.

He joined the Labour Party and began writing a column in their weekly newspaper, The Bradford Pioneer. On the outbreak of the First World War Priestley immediately joined the British Army. Priestley was sent to France and served on the Western Front. Alan Plater radio plays - DIVERSITY WEBSITE. The smokeless zone 1961 counting the legs 1961 the mating season 1962 the rainbow machine 1962 the seventh day of arthur 1963 excursion 1965 ted's cathedral (from stage play)1965 the northern drift (as editor)1965/8 BBC north the what on the landing?

Although primarily known as a playwright, Osborne (born on 12 December 1929 in Fulham, London) also made significant contributions to British film and television. Both Look Back in Anger and the 1957 play The Entertainer were filmed by their stage director, Tony Richardson (1959 and 1960). They were produced by Woodfall Films, a company founded by Osborne and Richardson when they failed to secure funding for the first film. These and much of Osborne's subsequent stage work have also been produced for television. BBC - BBC Four - Audio Interviews - Michael Frayn. Comedy - Ben Elton Profile. David Edgar - Literature. ‘Drama confronts our private dreams and agonies with the public rituals designed to mark and come to terms with them’, David Edgar has observed in How Plays Work (2003).

The interplay between private life and public life is indeed one of the abiding themes of his works. In the preface to this wide-ranging guide to the mechanisms and techniques of drama, David Edgar describes the origins of the book in the playwriting workshops and courses he ran at Birmingham University from the mid-1970s to 1999, which focused on dramatic problems that ‘can be collectively explored and individually applied’. Nell Dunn: I never used to think about death, until I was 50. I was never going to die. I was immortal. But now I think about death every day. Noel Coward 101. Compiled by John Kenrick. Bolt, Robert (1924-1995) Biography. Blake Morrison salutes Alan Bennett as the writer approaches his 75th birthday.

Birthdays were never made much of in Alan Bennett's family. JMBarrie.co.uk - Introduction. If this is your first visit, welcome to jmbarrie.co.uk. The new introduction to the Yale edition of J M Barrie & the Lost Boys attempts to put the website in some sort of context, and if you’ve not already read it and would like to do so, carry on reading. Otherwise to skip the Yale Introduction and go straight to the Website Introduction. This will hopefully allow some future writer to plough the same field and come up with a different perspective than mine. Alan Ayckbourn's Official Website. Open Source Shakespeare: search Shakespeare's works, read the texts. Equus (play) Equus is a play by Peter Shaffer written in 1973, telling the story of a psychiatrist who attempts to treat a young man who has a pathological religious fascination with horses.[1] Shaffer was inspired to write Equus when he heard of a crime involving a 17-year-old who blinded six horses in a small town near Suffolk.[2] He set out to construct a fictional account of what might have caused the incident, without knowing any of the details of the crime.

Terencerattigan. Terence Rattigan is one of Britain’s greatest playwrights. The Official Dennis Potter Home Page. Edward Albee - Playwright. Synopsis. Brian Clemens obituary. The writer and producer Brian Clemens, who has died aged 83, was responsible for hundreds of hours of escapist television entertainment, including such enduringly popular programmes as The Avengers and The Professionals.