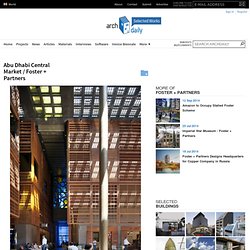 UGO Architecture and Design. Dharavi is the biggest slum in Asia, located about 10 minutes from the city centre, the famous Bollywood and the financial district.it is home to over a million inhabitants who are responsible for a vibrant garbage and recycling industry which generates profits in excess of 500 million USD annually.it basically supplies Bombay with necessities in products and goods. 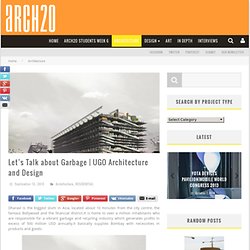 Courtesy of UGO Architecture and Design The city authorities decided to sell off the slum to an investor who is among other things charged to see to the housing, sanitary and water needs of the registered 300 thousand inhabitants, falling short of the reality of over a million. The housing should be around 20.9 sq. m per person. UGO Architecture and Design. Suture The City & Dignity Of Human, Place And City. 非常感谢西安建筑科技大学将以下内容授权gooood发行。 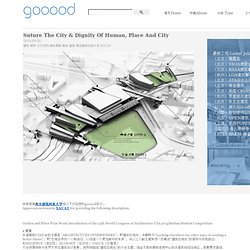 FLUR 20 on Architizer. Typo/graphic posters. SENEGAL. Daylight House by Takeshi Hosaka. Natural light diffuses into this house in Yokohama, Japan, through a grid of arched skylights in the ceiling. 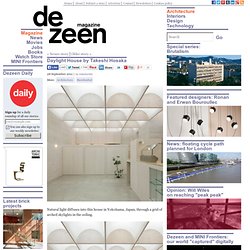 The translucent acrylic panels cover the entire ceiling of the single-storey house, which was designed by Japanese architect Takeshi Hosaka. Windowless timber walls line the interior, where four bedrooms and a study surround an open-plan living room. A table at the centre of this living room has a glass surface that reflects the ceiling lattice overhead. Ladders lead up from two of the bedrooms to a mezzanine loft, which can also be accessed via an adjacent staircase. Another staircase outside the house connects the front door with the street two metres above. Daylight House was awarded second prize in the AR House 2011 awards, behind a house covered in rubber - see that project here and see last year's winner here. Photography is by Koji Fujii / Nacasa & Partners Inc. Here are some more details from Hosaka: Daylight House The expanse of the entire ceiling can be felt from any room. 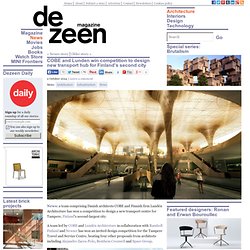 A team led by COBE and Lundén Architecture in collaboration with Ramboll Finland and Newsec has won an invited design competition for the Tampere Travel and Service Centre, beating four other proposals from architects including Alejandro Zaera-Polo, Benthem Crouwell and Space Group. The winning design, called Reconnecting Tampere, proposes a major new transport hub and development plan to "unite" the centre of the city.

"Tampere's new Travel and Service Centre has not only the potential to become a gateway to Tampere and the rest of Finland, but also the potential of becoming a generator for the future development of the urban centre of Tampere," said Dan Stubbergaard, founder and creative director of COBE. COBE, Lunden Architecture Oy — ReConnecting Tampere — Image 4 of 4. David Chipperfield installs tree trunks in Neue Nationalgalerie. David Chipperfield has filled the Mies van der Rohe-designed Neue Nationalgalerie in Berlin with 144 tree trunks – the museum's final exhibition before renovation work by the British architect starts. 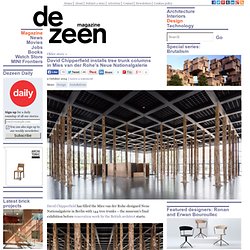 David Chipperfield Architects' Sticks and Stones installation is located in the glazed hall of the museum, which was completed in 1968 to a design by Modernist architect Mies van der Rohe. DNB Bank Headquarters by MVRDV. Dutch studio MVRDV has given the new Oslo headquarters for Norwegian bank DNB a pixellated appearance by building a stack of brick and glass cubes (+ slideshow). 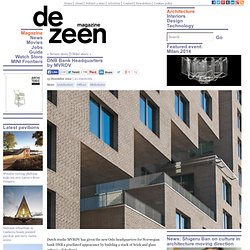 The irregular arrangement of the six-metre wide cubes creates recessed openings across the facade, which MVRDV has used to add sheltered terraces to each floor and a new route from the waterfront towards the nearby railway station. "We started with a massive slab and by removing pixels one by one we were able to create an arcade, terraces, a public passage, etcetera," project architect Jeroen Zuidgeest told Dezeen. "By carving out volumes, we made sure every floor has access to interior and exterior terraces. " The DNB Bank Headquarters is located within the waterfront development of Bjørvika Barcode that MVRDV masterplanned in collaboration with Norwegian architects A-Lab and Dark Arkitekter. Each studio has designed one building for the bank and MVRDV's is the first to complete. Above: photograph is by Jeroen Musch. 凌宗魁 - 文化 記憶 建築史. Photos from Lý Thanh Hoàng Phúc's post - Lý Thanh Hoàng Phúc.

Johan Celsing Arkitektkontor — The New Crematorium at the Woodland Cemetery — Image 23 of 32. David Chipperfield sets the scene for the Neue Nationalgalerie's upcoming renovation with a new Berlin exhibition. In advance of the impending renovation of the famous Neue Nationalgalerie in Berlin, the new 'David Chipperfield: Sticks and Stones' exhibition opens today at the iconic venue - almost fifty years after its completion. 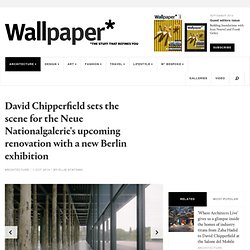 Originally designed by Ludwig Mies van der Rohe (notably the celebrated architect's last major construction), the gallery has been a landmark of Modernism since its opening in 1968. Its steel roof, touching lightly upon a series of eight columns, seemingly suspended in mid-air, defines its pared down aesthetic - a key element of its creator's oeuvre. It also allows for an impressive column-free interior of 2,500 sq m. Royan - Palais des congrès - Ferret, Bruneau, Marmouget. Habillages décoratifs de façades - OCE - Sculptura Panels... Suture The City & Dignity Of Human, Place And City. Brutalist buildings: Habitat 67, Montreal by Moshe Safdie. Next up in our series on Brutalist architecture is Habitat 67, the experimental modular housing presented by Moshe Safdie at the 1967 World Expo in Montreal as a vision for the future of cities (+ slideshow). 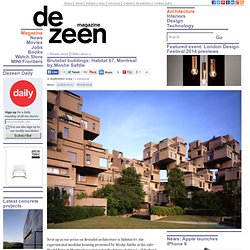 Comprising a three-dimensional landscape of 354 stacked concrete "boxes", Habitat 67 pioneered the combination of two major housing typologies – the urban garden residence and the modular high-rise apartment building. Safdie, an Israeli-born architect who moved to Canada in the 1950s, first developed the concept as part of his thesis at McGill University in 1961, entitled "A Case for City Living".

Two years later, when the architect was just 23 and starting out his career in the office of Louis Kahn, his former tutor Sandy Van Ginkel suggested he submit his design for the Montreal Expo. It became his first ever built project. The original masterplan involved over 1,000 residences, alongside shops and a school. Atelier Deshaus — Long Museum West Bund. Photo by Xia Zhi. 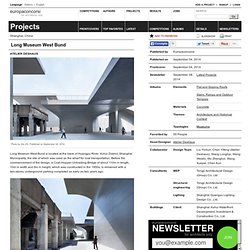 Published on September 04, 2014. Long Museum West Bund is located at the bank of Huangpu River, Xuhui District, Shanghai Municipality, the site of which was used as the wharf for coal transportation. Before the commencement of the design, a Coal-Hopper-Unloading-Bridge of about 110m in length, 10m in width and 8m in height, which was constructed in the 1950s, is remained with a two-storey underground parking completed as early as two years ago. The new design adopts the cantilever structure featuring “vault-umbrella” with independent walls while the shear walls with free layout are embedded into the original basement so as to be concreted with the original framework structure. The flowing exhibition space under the overground as-cast-finish concrete “vault-umbrella” and the “white box” exhibition space on the first underground floor are connected with spiral ladders downward.

Towada City Plaza / Kengo Kuma & Associates. Kengo Kuma & Associates recently won the proposal for the Towada City Plaza. The facility will be developed as part of a plan by the city of Towada to activate the city center by introducing the “Plaza for Education” and “Plaza for Social Communication”. Through the introduction of these two facilities, the city intends to improve public welfare and the environment for lifelong learning by attracting the public of all ages and through numerous social events improve the ties and social exchange between the communities. Ecopolis Plaza / Ecosistema Urbano. Architects: Ecosistema Urbano Location: Rivas Vaciamadrid, Madrid, Spain Client: City Council of Rivas-Vaciamadrid Building floor Area: 3,000 sqm Public space: 7,500 sqm Construction cost: 2,700,000 € Building cost per sqm: 700 €/sqm Project Year: 2009-2010 Photographs: Mark Bentley, Emilio P.

Doiztua Transformation of a faceless site in Madrid’s urban sprawl, surrounded by industry and heavy traffic transportation infrastructures, into a public space for social interaction providing a building for childcare. Contemporary society is imposing new challenges to architecture, beyond the formal experimentation that monopolizes much of its recent history. Asmacati Shopping Center / Tabanlioglu Architects. Architects: Tabanlioglu Architects Location: Izmir, Turkey Project Year: 2009 Project Area: 22,760 sqm Photographs: Thomas Mayer Asmacati Shopping and Meeting Point is located in the city of Izmir. The center appreciates and joins the lifestyle of Izmir where people prefer to spend time outdoors with respect to warm climate. The semi-open shopping facility naturally creates leisure zones between shops. Open air patios offer a relaxing feeling under the shadow and glitters of the bower made up of contemporary material, the design imitates grape leaves of the local landscape. * Location to be used only as a reference.