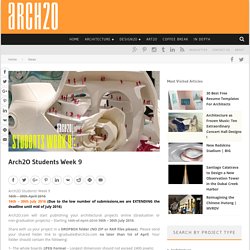 Nicolò spinelli architetto Since Bologna is deeply rooted in its origins, the project aims to redefine the medieval “metaphysics of light” on a brand new basis. 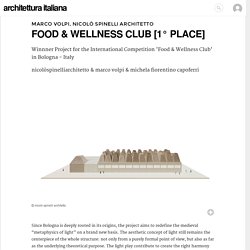 The aesthetic concept of light still remains the centerpiece of the whole structure: not only from a purely formal point of view, but also as far as the underlying theoretical purpose. The light play contribute to create the right harmony and balance to achieve mental and physical well-being. The formal complexion is conceived to create a peaceful and calm environment for women and men, but also to maintain the correct balance for nature and its gifts. A global map of wind, weather, and ocean conditions. 50thingstodobeforeleavinglondon's Blog. Dalian Library and Media Centre. Conceived to be a transformative environment that pulls visitors into a unique landscape, the library designed by 10Design weaves into the ground creating a series of courtyards and topographic undulations- rooting itself, and then sweeping up into the air forming a bold urban landmark. 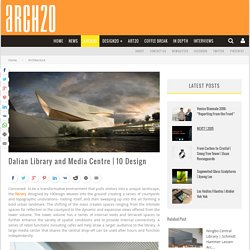 The shifting of the mass creates spaces ranging from the intimate spaces for reflection in the courtyard to the dynamic and expansive views offered from the tower volume. The tower volume has a series of internal voids and terraced spaces to further enhance the variety of spatial conditions and to provide internal connectivity. A series of retail functions including cafes will help draw a larger audience to the library. A large media center that shares the central drop-off can be used after hours and function independently. Taichung City Cultural Center Entry. Another intriguing entry to the Taichung City Cultural Center competition has been unveiled by the Polish architecture & urban design firm KAMJZ. 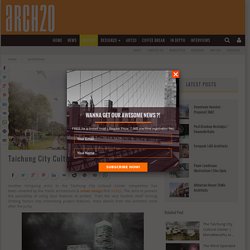 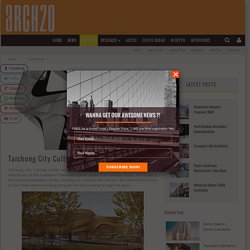 It is reminiscent of the traditional Taiwanese basket woven from bamboo strips. The façade is the best representation of that, creating an envelope that encloses the different functions on the inside while providing glimpses into the building through the gaps. Courtesy of RTA-Office The building is credited Diamond Level EEWH certification and LEED Platinum. The envelope is compromised of thin strips of recycled ceramic elements that open up to provide solar shading while optimizing natural daylight. Taichung City Cultural Centre. The winners of the Taichung City Cultural centre competition have been announced.The winning team is a collaboration between Kazuyo Sejima + Ryue Nishizawa/SANAA and local partners Ricky Liu and associates. 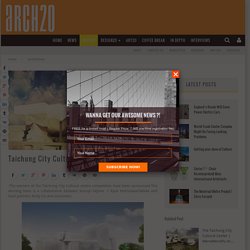 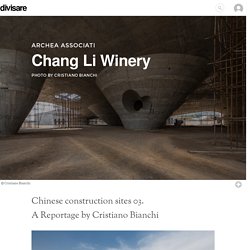 I took a train in Beijing on a saturday morning and in a couple of hours I landed on Chang Li, a small city not far from Beidaihe, the seaside summer retreat for senior government officials, where apparently most of the destiny of the country is informally decided. The small city is part of the prefecture of Qinhuangdao, the most important coal shipping port of the country. But Chang Li is not famous for the sea, for politics or for coal, because it is actually called “the chinese Bordeaux”, with 80 % of the land covered by Cabernet Sauvignon. The railway station plaza is a huge out of scale space with curious fake german (or french?) Style buildings in red bricks all around, but too far in the morning haze to understand if they were real or just scenes for a movie. Seafront Complex Architectural & Yacht Design — Society ParticularSociety Particular. More London Masterplan. City Hall houses the chamber for the London Assembly and the offices of the mayor and staff of the Greater London Authority. 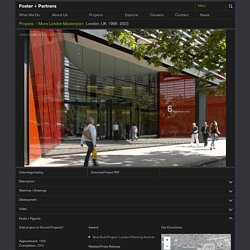 Conditions of Use of the Library's Reading Rooms. Admission to British Library Reading Rooms requires a Reader Pass. 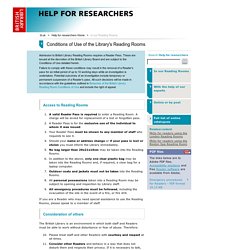 These are issued at the discretion of the British Library Board and are subject to the Conditions of Use detailed herein. Failure to comply with these conditions may result in the removal of a Reader’s pass for an initial period of up to 10 working days while an investigation is undertaken. Potential outcomes of an investigation include temporary or permanent suspension of a Reader’s pass.

All such decisions will be made in accordance with the guidelines outlined in Breaches of the British Library Reading Room Conditions of Use and include the right of appeal. Access to Reading Rooms A valid Reader Pass is required to enter a Reading Room. If you are a Reader who may need special assistance to use the Reading Rooms, please speak to a member of staff. 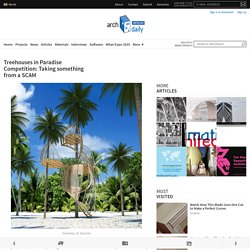 A couple of days later, we realized the competition was in fact a scam, so we took the call for proposals down, and published this statement. Unfortunately, we weren't the only ones tricked, as several architects payed the fee to enter the competition, worked hard to prepare their proposals, only to realize they had lost their money, time, and work. AA School of Architecture 2015 - Da Da Digital. AA School of Architecture 2015 - Surrey, UK. AA School of Architecture 2015 - Surrey, UK. The Underground Library. Thanh Hoa theatre: Cloud’s Tempo. The site is a part of the zoned area for The cultural and sports center in Thanh Hoa, Viet Nam. Thanh Hoa is located about 150 kilometers south from Hanoi. Ateliers Jean Nouvel. National Museum . Qatar Ateliers Jean Nouvel . photos: © Damon McDonald Located at the beginning of the Doha Corniche, the Qatar National Museum will offer its 40 000 square meters in the neighbourhood of the historic palace belonging to the Al Thani family.

Competition. Oslo, Norway With consideration to scale, form and space, materiality, and our environment, we choose to carefully address the surroundings with a free and open dialogue, helping to inform the genus loci, the sense of place. Speaking to the scale of existing structures, our proposed solution lies low to the earth near the Nobel Peace Center, in respectful respite, before symbolically climbing up and around to announce its presence with a cantilevered expression of hope and vitality. Drawing upon the surrounding architectural history, we speak to the depth and richness of local culture through the metaphor of the fjord. The physical embodiment of weight and time, museum vaults rise from the earth in clean and simple gestures, anchoring the space in which they reside.

Themes Archives for Bernard Tschumi. Subclip Patrik Schumacher shifts his discussion from projects to the ideas behind them. He argues that architecture is a system of communication, specifically engaged with framing communicative interaction. He presents examples from vernacular pre-industrial settlements through Robert Venturi and Bernard Tschumi. Somol addresses difference in diagramming. UNIT 0, Bartlett School of Architecture,UCL. The annual celebration of student work from The Bartlett School of Architecture, UCL. One of the world’s biggest architecture degree shows sees over 500 students present an incredible range of inventive, creative and visual work, from models and drawings to films, multimedia installations and computer fabrications.

SUBMIT YOUR PROJECT. Traces - Physical programming of freeform folding in soft matter. Created by Dana Zelig, Traces project explores the concept of programming everyday materials, a form of “physical programming”, where objects are “made to act” by re-forming following a set of specific instructions. The research is presented in collaboration with Department of master’s degree in Industrial Design, Bezalel Academy of Arts and Design, Jerusalem. and with Dr. Ido Bachelet from Faculty of Life Sciences and Institute of Nanotechnology and Advanced Materials, Bar-Ilan University, Israel.