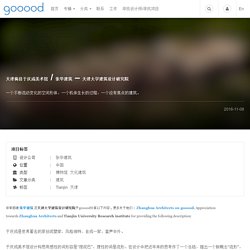 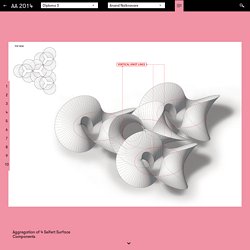 不东不西的建筑：乌鲁木齐东庄 – 西域建筑 / 新疆玉点建筑设计研究院有限公司. DongZhuang-Building Museum of Western Regions, is located in Tuoli Township of Nanshan Grasslands, 30 km away from Urumqi City, and is built on the site of a previous grain shop that existed more than sixty years ago. 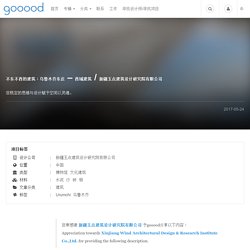 Since the ancient times, architectural design which is inspired by natural landscape has always been exciting. The Museum, facing the city in the south and backed by the mountain in the north, has no disturbance on surrounding vegetation. From afar, it looks like an off-white stone rolled down from the mountain, standing quietly and naturally in the open and vast Gobi desert of Inner Eurasia. ▼周边环境，the architecture and surroundings. 不东不西的建筑：乌鲁木齐东庄 – 西域建筑 / 新疆玉点建筑设计研究院有限公司. Dan c. #48105. University of Vienna Library and Learning Centre - Zaha Hadid Architects Questions How does the seamless transformation from sharp angles to curvilinear form impact the experience of traveling through the library? 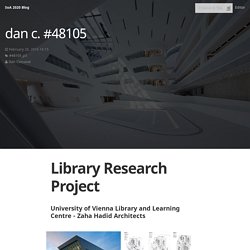 How did you take natural light into account in the process of designing the building? Morphosis architects: king abdullah petroleum studies and research center. The new king abdullah petroleum studies and research center by morphosis architects all images courtesy morphosis architects the new king abdullah petroleum studies and research center (KAPSARC) is a tangible symbol of environmental innovation. morphosis architects proposal redefines the traditional campus into a three dimensional master plan of interconnected built form and planted landscapes that accommodate discrete zones of public and private program while also creating intersection and overlap between the two. embedded in this sculpted environment, an iconic hybrid building emerges amidst a protected oasis of native desert flora and naturally cooling reflecting pools. the icon also serves as a connector; its striated lattice formally connects with the key public spaces, and its built form is embedded in and interwoven with the structure of the campus. ridhika naidoo I designboom. 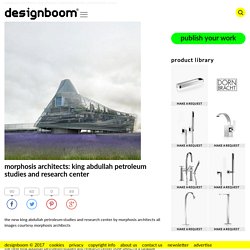 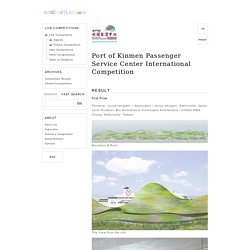 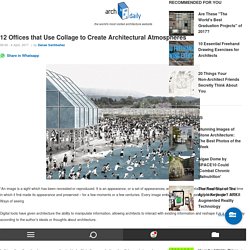 It is an appearance, or a set of appearances, which has been detached from the place and time in which it first made its appearance and preserved – for a few moments or a few centuries. Every image embodies a way of seeing.” - John Berger / 1972 / Ways of seeing. Large phalanx. 2014F_Design Development : Rensselaer. Gallery of Gaspar House / Alberto Campo Baeza - 10. Peter Zumthor. Shanghai Lujiazui Harbour City Exhibition Centre by OMA. Office for Metropolitan Architecture (OMA) is a leading international partnership practicing architecture, urbanism, and cultural analysis. 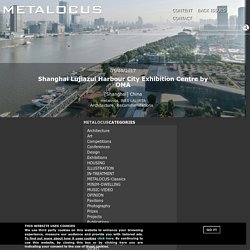 B.V. Doshi. Viar Estudio · Viking Museum. The first idea: ADDITION AND CONTINUITY The current museum is contained in a large building that deserves to be respected and considered. 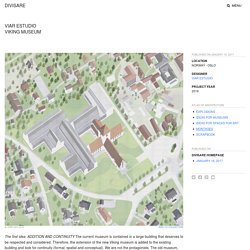 Therefore, the extension of the new Viking museum is added to the existing building and look for continuity (formal, spatial and conceptual). We are not the protagonists. The old museum, the ships, the pieces are the ones. The Second one: ROUTE; OPEN and CONTINOUS The building comes as a natural addition to the existing museum. We see the expansion as an organic and logical growth. Viar Estudio · Maritime Science Center in Tungevågen · Divisare. The idea of the project is suggested by the site. 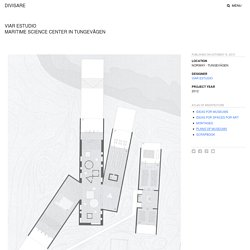 The site is the project. The project is for the site. · Colonize the place, creating a new place in the landscape · The roofs are laid out as recognizable elements into the landscape, like pieces brought by the sea. At the site we can see: the sea, the waves, the grass, the rocks. The storms, the wind, the snow; also we see the sun, the shadow, the wood. Álvaro Siza, João Morgado · Nadir Afonso Art Museum · Divisare. The area destined to the building is located at the place of Longras, in the civil parish of Santa Maria Maior, and was established in the plan as a rectangle parallel to the riverbed, inside the future marginal park, between the new footpath/bike lane parallel to the 5 de Outubro avenue (northwest), the Dr.

Mário Soares avenue (northeast), the new street layout parallel to the Longras street (southwest) and the river (southeast). The main floor of the foundation building is placed over a concrete platform, 351,50 height, supported by walls perpendicular to the river, in order to prevent an eventual flood.

AJ Artemel. Inav 112. Norman Foster and RIBA announce 2017 "survival of cities" traveling scholarship. Anchor Image: Foster + Partners For the tenth year in a row, RIBA and Norman Foster are offering a traveling scholarship in the form of €7,000 (an increase over last year's €6,000) to the destination of the winning student's choice. Students can't enter directly: RIBA and CAA validated schools are allowed to submit only one application each for one student by April 28th, whose merits will then be judged by a panel consisting of both financial backer Norman Foster and RIBA members.