Quick and Easy Bread Upma Recipe - Simple Easy to Cook Vegetarian Recipes by Archana's Kitchen. Honey And Cream - Iranian Breakfast Recipe. Savory Multigrain Waffles with Green Chillies & Tabasco Sauce - Simple Easy to Cook Vegetarian Recipes by Archana's Kitchen. Kukye Sabzi Recipe. Stash's Mexican Mac and Cheese. Thank you for checking out my entry. This hardest part to figure out was, how to flavor the dish. I got dragged into doing a Mexican mac and cheese because I had chihuahua cheese leftover from nachos. Plus, there is also always chorizo hanging out in the fridge. There is one special ingredient, that I don't have on hand, habanero peppers.

It can be difficult to find an excuse to use these because they are damn hot. Past the insane heat, there is a beautiful flavor. The noodles are perfectly cooked, so I drain them over the sink and then pat them down with a paper towel. Fresh out of the oven. Vermont Mac and Cheese. Hello everyone! I'm Elle from Elle's New England Kitchen. My entry for Danny's Mac and Cheese cook-off is Vermont Mac and Cheese. It may not seem gourmet, especially with my choice of cheeses, but it's so creamy and satisfying. 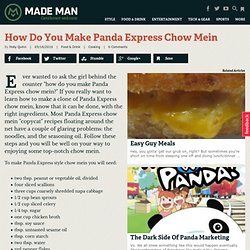 Ham and Avocado Clafoutis {Dairy-Free and Gluten-Free Paleo} Green Pancakes with Lime-Cilantro Butter. While most bloggers are posting holiday goodies this time of the year, I still haven’t gotten into the spirit just yet. 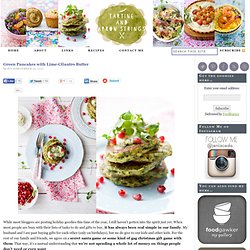 When most people are busy with their lists of tasks to do and gifts to buy, it has always been real simple in our family. Ravioli in Spiced Butter Sauce. Vegan Pumpkin Cinnamon Rolls. I love when recipes turn out. 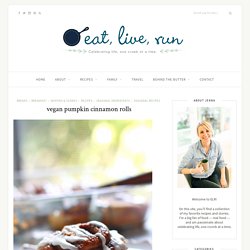 Especially after a weekend full of caramel-making blunders….I’m really, really, really glad this recipe for vegan pumpkin cinnamon rolls turned out. I would have started seriously doubting my culinary abilities. And probably also would have started talking to my cat more than what’s socially acceptable. My word. Loaded Potato And Buffalo Chicken Casserole Recipe - Food.com - 493413. One Skillet Pasta Puttanesca. Pasta Puttanesca – pasta tossed in a light tomato sauce laced with garlic, kalamata olives, capers, and parsley – is made in just one skillet! 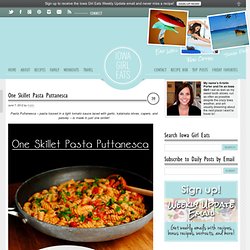 Think you can snag a man simply with the intoxicating scent of simmering tomatoes, olives & capers wafting from your kitchen window? A few “working” women in 20th century Italy certainly thought so! Dying to share my time-saving take on the Pasta Puttanesca recipe I enjoyed last weekend at the Barilla Interactive Lunch, I did a little research on the origins of the kind of salty, kind of spicy, kind of AMAZING dish to fill you in on. Because I’m a nerd like that. 18 Microwave Snacks You Can Cook In A Mug. Twisted Pepperoni Pizza.

Colour co-ordinated two-layer mini cakes! Poor woman's breakfast. German potato salad. Tamale Pie Wedges. I LOVE tamales, but they can be a pain in the butt to make, and ever look to buy them at the super market? 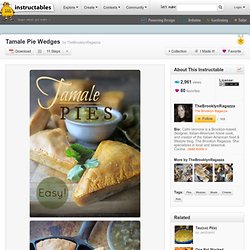 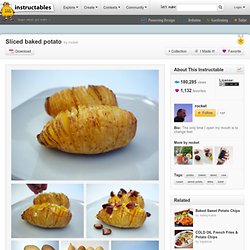 This variation has vertical slices made before baking, making the top cook to a crunchy, thick-cut potato chip consistency, with a creamy baked potato centre. It's the best of both worlds! This fun trick can be done on almost any tuber. The best how-to videos on the web. Grilled Ice Cream. Make layered ice-creams with liquid nitrogen. Roasted Corn and Black Bean Guacamole. For your next barbeque or potluck, try a sweet and spicy mix-up to traditional guacamole with roasted corn and black bean guacamole. 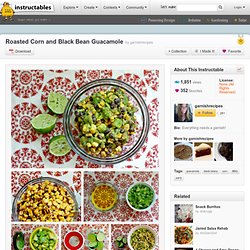 *Roasted corn is available in the frozen section at Trader Joe’s supermarkets. Grilled Ice Cream. In this instructable I am going to show you, how to grill ice cream. 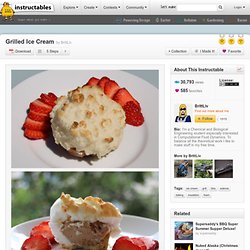 With its crisp crust and soft, ice cold inside, it will provide the perfect ending to your BBQ. When I had the idea to grill ice cream I did a little bit of research and found this recipe, which uses an egg and coconut crust to prevent the ice cream from melting. While I like the idea it definitely requires a lot of practice and perfect timing, since solids aren't very good thermal insulators.

If you take a closer look at insulation materials, you will notice, that most of the time they are made out of a foamy material and consist of lot of air. That's because gases have a lower thermal conductivity and therefore a higher insulating capability. As some people pointed out in the comments, the idea to bake ice cream is not new and was invented back in 1876. Marshmellow peanutbutter bananabarbequeboats with honeydip.

Microwave cake. This is absolutely, 100% the best microwave cake I have eaten in my life.* It takes 5 minutes to throw together and it tastes like sugar cookies and the texture is like REAL CAKE. 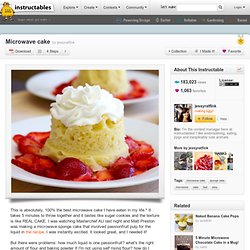 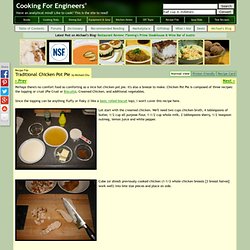 It's also a breeze to make. Chicken Pot Pie is composed of three recipes: the topping or crust (Pie Crust or Biscuits), Creamed Chicken, and additional vegetables. Since the topping can be anything fluffy or flaky (I like a basic rolled biscuit top), I won't cover this recipe here. Let start with the creamed chicken. We'll need two cups chicken broth, 4 tablespoons of butter, 1/2 cup all purpose flour, 1-1/2 cup whole milk, 2 tablespoons sherry, 1/2 teaspoon nutmeg, lemon juice and white pepper. Anghelika's Tsatsiki (Tzatziki) A few weeks ago, Tina and I went to a garden party hosted by our friends. A variety of authentic Greek foods were available for tasting and enjoyment as we had a good time chatting with friends, meeting new people, and watching children play. In particular, we found that we kept going back to the blend of spicy garlic and cool cucumber in the tsatsiki. We asked Anghelika for the recipe, and she related the procedure to us as taught to her by her grandmother, Anghelika.

The ingredient ratios are pretty flexible with this recipe. Start with 1 pint (470 mL) Greek-style yogurt, 2 cloves garlic, 1 medium cucumber (we'll actually only use half a cucumber), 1 tablespoon (15 mL) red wine vinegar, and 1 tablespoon extra virgin olive oil. The amount of garlic used in this recipe is up to the individual's taste. Peel the garlic cloves and cut off the woody ends. Peel the cucumber. Cooking For Engineers - Step by Step Recipes and Food for the Analytically Minded.