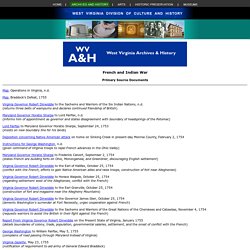 PBS: The War That Made America. Columbus Ships Crew. Christopher Columbus' crew on the first voyage were from small towns in from Andalucia, and nearly all experienced seamen. 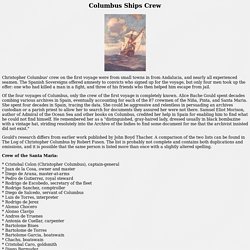 The Spanish Sovereigns offered amnesty to convicts who signed up for the voyage, but only four men took up the offer: one who had killed a man in a fight, and three of his friends who then helped him escape from jail. Of the four voyages of Columbus, only the crew of the first voyage is completely known. Alice Bache Gould spent decades combing various archives in Spain, eventually accounting for each of the 87 crewmen of the Niña, Pinta, and Santa Maria. She spent four decades in Spain, tracing the data. She could be aggressive and relentless in persuading an archives custodian or a parish priest to allow her to search for documents they assured her were not there. Gould's research differs from earlier work published by John Boyd Thacher. Journal, by Christopher Columbus 1451-1506 Bartolome de Las Casasc.1490-1558. Original Source: Christopher Columbus, "Journal of the First Voyage of Columbus," in Julius E. 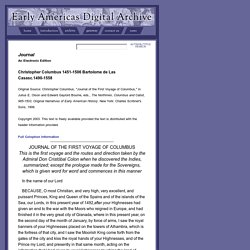 Olson and Edward Gaylord Bourne, eds., The Northmen, Columbus and Cabot, 985-1503, Original Narratives of Early American History. New York: Charles Scribner's Sons, 1906. Copyright 2003. This text is freely available provided the text is distributed with the header information provided. Full Colophon Information. Internet History Sourcebooks Project. This document is the from the journal of Columbus in his voyage of 1492. 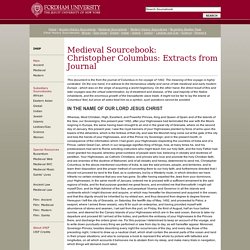 The meaning of this voyage is highly contested. The White Slaves of Barbary. Much attention and condemnation has been directed towards the tragedy of the African slave trade, which took place between the 16th and the 19th centuries. 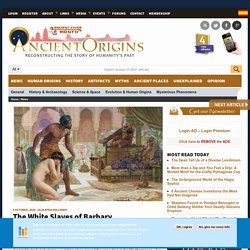 However, another equally despicable trade in humans was taking place around the same time in the Mediterranean. It is estimated that up to 1.25 million Europeans were enslaved by the so-called Barbary corsairs, and their lives were just as pitiful as their African counterparts. They have come to be known as the white slaves of Barbary. Slavery is one of the oldest trades known to man. We can first find records of the slave trade dating back to The Code of Hammurabi in Babylon in the 18th century BCE. Anyone travelling in the Mediterranean at the time faced the real prospect of being captured by the Corsairs and taken to Barbary Coast cities and being sold as slaves.

Captured victims arrive on the Barbary coast to be sold as slaves. Free Lesson Plans and Games for Learning Civics. Plus.google. What Was Columbus Thinking? Activity 1. 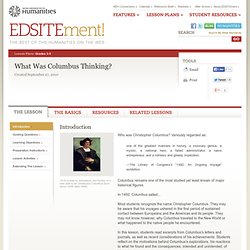 Dear Diary Students will read from Columbus's journal of his voyage of 1492, available through EDSITEment from the Internet Medieval Sourcebook. French replica of revolutionary frigate sets sail for Boston. Apr. 15, 2015: The three masts of the 213 feet long frigate Hermione sails at La Rochelle, southwest France, as part of preparation of a trip to America. 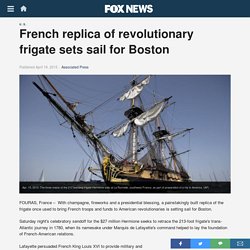 (AP) FOURAS, France – With champagne, fireworks and a presidential blessing, a painstakingly built replica of the frigate once used to bring French troops and funds to American revolutionaries is setting sail for Boston. Saturday night's celebratory sendoff for the $27 million Hermione seeks to retrace the 213-foot frigate's trans-Atlantic journey in 1780, when its namesake under Marquis de Lafayette's command helped to lay the foundation of French-American relations. Lafayette persuaded French King Louis XVI to provide military and financial support to George Washington's troops. Lafayette set sail on March 21, 1780, arrived 38 days later in Boston, and played an important role in the revolutionaries' ultimate defeat of Britain. Colon Game Student Handout.pdf. The End of Europe's Middle Ages - Economy. BBC The Incredible Human Journey - 5 of 5- The Americas. American Memory from the Library of Congress - Browse Collections.