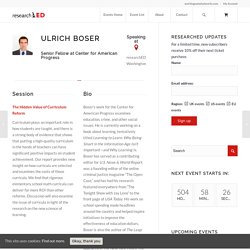 He is currently working on a book about learning, tentatively titled Learning to Learn: Why Being Smart in the Information Age Isn’t Important—and Why Learning Is. Boser has served as a contributing editor for U.S. News & World Report, was a founding editor of the online criminal justice magazine “The Open Case,” and has had his research featured everywhere from “The Tonight Show with Jay Leno” to the front page of USA Today. His work on school spending made headlines around the country and helped inspire initiatives to improve the effectiveness of education dollars. Boser is also the author of The Leap: The Science of Trust and Why It Matters, and his articles have appeared in The New York Times, The Wall Street Journal, and The Washington Post. 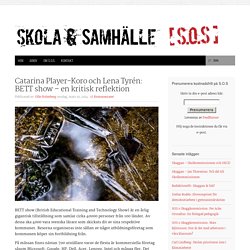 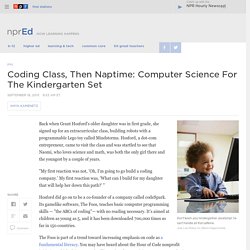 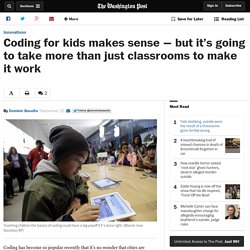 (Marcio Jose Sanchez/AP) Coding has become so popular recently that it’s no wonder that cities are racing to introduce new coding initiatives as a way of establishing themselves as innovation leaders. New York City, for example, is leading the way with a new 10-year, $81 million program called “Computer Science For All” that will make access to a computer science education available in all of the city’s public schools, from elementary school to high school. Not to be outdone, both Chicago and San Francisco are considering similar initiatives for students. And it’s not just cities that are preparing for the future by embracing coding — it’s becoming a key part in how nations establish themselves as innovation leaders globally. However, there’s a big difference between simply announcing a new program for public schools and actually getting results.

Lisas_C_uppsats_hela.pdf. Adios Ed Tech. Hola something else. I’ve been involved in educational technology since the late 1990′s when I was at Red River College and involved in deploying the first laptop program in Canada. 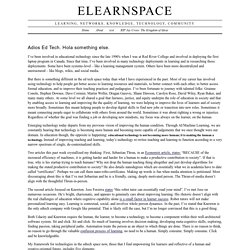 Since that time, I’ve been involved in many technology deployments in learning and in researching those deployments. Some have been systems-level – like a learning management system. Others have been more decentralized and unstructured – like blogs, wikis, and social media. But there is something different in the ed tech space today than what I have experienced in the past.

Most of my career has involved using technology to help people get better access to learning resources and materials, to better connect with each other, to better access formal education, and to improve their teaching practices and pedagogies. Emerging technology today departs from my previous vision of improving the human condition. Two articles this past week crystallized my thinking. The second article focused on Knewton. Math and Inquiry: The Importance of Letting Students Stumble. For subjects like math and foreign language, which are traditionally taught in a linear and highly structured context, using more open-ended inquiry-based models can be challenging. 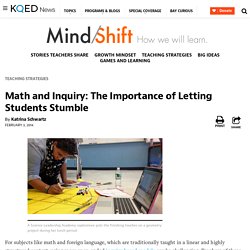 Teachers of these subjects may find it hard to break out of linear teaching style because the assumption is that students can’t move to more complicated skills before mastering basic ones. But inquiry learning is based on the premise that, with a little bit of structure and guidance, teachers can support students to ask questions that lead them to learn those same important skills — in ways that are meaningful to them. This model, however, can be especially hard to follow in public school classrooms tied to pre-set curricula.

Science Leadership Academy, which has an established track record as an inquiry-based school, has just opened a second campus in Philadelphia called the Beeber school, whose teachers are still adapting to the inquiry model. Principles of Learning. This is perhaps the most intuitive principle of learning, traceable to ancient Egyptian and Chinese education, with records dating back to approximately 4,400 and 3,000 B.C., respectively (Aspinwall, 1912, pp. 1, 3). 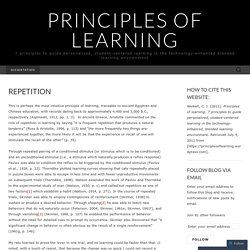 In ancient Greece, Aristotle commented on the role of repetition in learning by saying “it is frequent repetition that produces a natural tendency” (Ross & Aristotle, 1906, p. 113) and “the more frequently two things are experienced together, the more likely it will be that the experience or recall of one will stimulate the recall of the other” (p. 35). Points-stories-worlds-and-diegesis_-Comparing-player-experiences-in-two-citizen-science-games-1-s2.0-S074756321500432X-main-2j3g4fz.