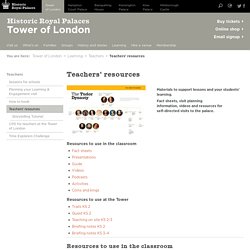 Henry VIII and his six wives (PDF 346KB)A colourful fact sheet about the king, his six wives and their relationships. The Tudor Dynasty (PDF 86KB)A family tree of the royal Tudors. London Attractions. Attractions in London sorted by visitor popularity The Clock Tower of the Palace of Westminster, known as the Big Ben, is one of London's most famous landmarks. 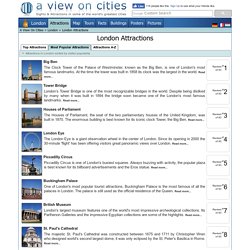 At the time the tower was built in 1858 its clock was the largest in the world. This is London. #LondonTourGuide by Lotta Bohlin on Prezi. WebEnglish.se. Starter Quia – What’s happening in London? 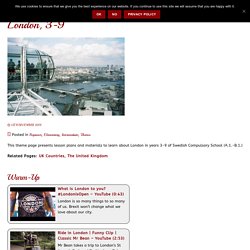 An ’emaze’ presentation with pictures, sounds and short texts to whet your appetite for London (and a comprehension “game” of Jumbled Words) (yr 5-9) Songs A simple version to sing to with lyrics on screen (any age) Tourists in London – Conversation.se – Dialoger på engelska. At the souvenir shop Dad: -Ok, kids. 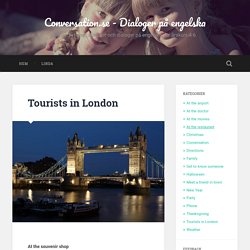 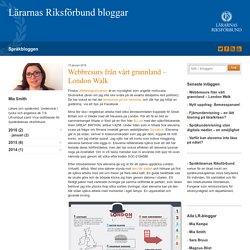 London. If you live in London, are visiting England's capital, or are studying London, why not bring... 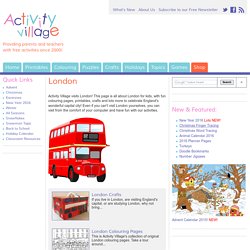 This is Activity Village's collection of original London colouring pages. Take a tour around... Here's a brand new collection of printable word search puzzles, mazes and word scrambles for... Top 10 London Attractions. London Travel Video Guide. Omatic.musicairport.com. Survival English for Travelers. A Basic EFL Course with lesson plans and activities - By Yoda Schmidt Recently, I was asked to teach a one week course to some EFL students at a college near where I work. 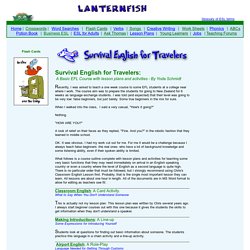 The course aim was to prepare the students for going to New Zealand for 6 weeks as language exchange students. I was told (and expected) that their level was going to be very low: false beginners, but just barely. Some true beginners in the mix for sure. When I walked into the class, I said a very casual, "How's it going? " Nothing. A look of relief on their faces as they replied, "Fine. OK. What follows is a course outline complete with lesson plans and activities for teaching some very basic functions that they may need immediately on arrival in an English speaking country or even a country where the level of English as a second language is quite high. Word on the street. Who is Sherlock Holmes. Who is Sherlock Holmes? 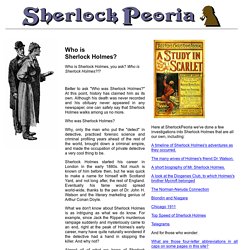 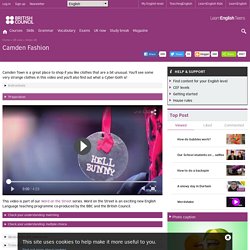 The first market was called Camden Lock because it was next to the canal. It first opened in 1972 and is now one of the largest markets in the UK. Half a million people visit Camden market each week. And with hundreds of stalls, there’s something for everyone. Everyone knows what punk fashion is but 30 years ago it didn’t even exist. Let's have fun. TeachingEnglish. CBBC - Newsround - PICTURES: The line of royal succession. The current monarch is Queen Elizabeth II (born 1926). 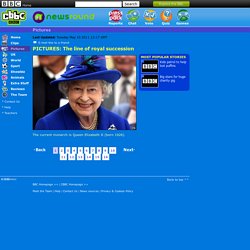 First in line: Charles, Prince of Wales (born 1948) - the Queen's eldest son. Here he is with his wife, Camilla, who's the Duchess of Cornwall. Second in line: Prince William, the Duke of Cambridge (born 1982) - the elder son of Prince Charles. Here he is with his wife Kate, the Duchess of Cambridge. CBBC - Newsround - PICTURES: The line of royal succession. Shopping is Great - Part 1. London is the shopping capital of the world. Every year millions of overseas visitors shop here. But what makes shopping here so great? There’s only one way to find out. I’m off to do some shopping – follow me! Routemaster_-_exercises_0.pdf. Tour of London. Tour guide: Good afternoon, ladies and gentlemen and welcome to this fantastic tour of London by bus. My name’s Greg and I’m your guide this afternoon on our tour of London. As you can see, we’re on an open-top bus, so you can see all the attractions from your seat and you don’t need to walk anywhere.

And please don’t worry about the rain, I’m sure it’ll stop soon. Let's have fun. Tour of London. ESL - English Exercises: Places around the city. ESL - English Exercises: Places around the city. Facts and information about London. Tower of London, London. The Tower of London was built at the beginning of the eleventh century by William the conqueror. The tower was expanded during the thirteenth century into the fortified complex that we know today. The Tower's most popular attraction is its famous collection of Crown Jewels. The Ultimate London travel guide for 2015. How to be a good tour guide. How to be a good tour guide The art of being a tour guide A tour guide – who is it? - A tour guide – a person who guides groups or individual tourists to show them and interpret the cultural and natural heritage of the area they visit; a person who also posses knowledge of contemporary social and political life of a specific area. - In many European countries it is neccessary to complete a special course to become a guide.

In some countries qualifications are national and sometimes they are broken up into regions. - While conducting a tour, tourist guides possess their IDs or badges to show who they are. The art of guiding. London Travel Video Guide. Life in The UK : The Tower of London - Intermediate English Listening. A trip to London-ESL/EFL Resources « Chestnut ESL/EFL. 5 fun facts: What you don’t know about London (SOURCE: today.com) CLICK TO WATCH VIDEO Five facts you don’t know about London CLICK HERE FOR VIDEO & TRANSCRIPT (SOURCE: mythatsenglish.blogspot.gr) Top 10 London Attractions (INFORMATION & PICTURES) SOURCE:visitlondon.com WATCH the FOLLOWING VIDEO & ANSWER THE QUESTIONS-VISIT BLOG (SOURCE: englishteachermargarita.blogspot.com)