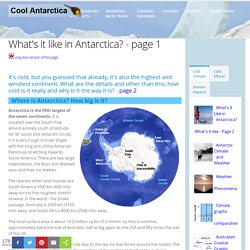 What are the details and other than this, how cold is it really and why is it the way it is? - page 2 Where is Antarctica? How big is it? Antarctica is the fifth largest of the seven continents. The nearest other land masses are South America 1000 km (600 mls) away across the roughest stretch of water in the world - the Drake passage, Australia is 2500 km (1550 mls) away, and South Africa 4000 km (2500 mls) away. The total surface area is about 14.2 million sq km (5.5 million sq mls) in summer, approximately twice the size of Australia, half as big again as the USA and fifty times the size of the UK. In the winter Antarctica doubles in size due to the sea ice that forms around the coasts.

Why is Antarctica so cold? This means that at the poles the available sunlight and heat is spread over a greater area. 2/ Temperature falls as altitude increases at the rate of about 1C per 100m. Lichen-covered rock Moss. Log in - Oddizzi. Fun Antarctica Facts for Kids - Interesting Information about Antarctica. What Is Antarctica? Antarctica is Earth's fifth largest continent. 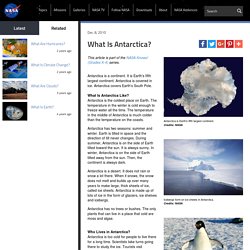 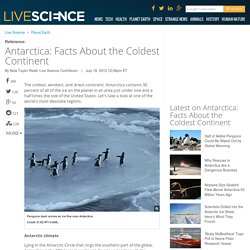 Let's take a look at one of the world's most desolate regions. Antarctic climate Lying in the Antarctic Circle that rings the southern part of the globe, Antarctica is the fifth largest continent. Its size varies through the seasons, as expanding sea ice along the coast nearly doubles its size in the winter. Supporting New Zealand’s activities in Antarctica. Antarctic. Antarctica is a vast ice-covered landmass surrounded by sea (unlike the Arctic, which is an ice-covered ocean surrounded by land). 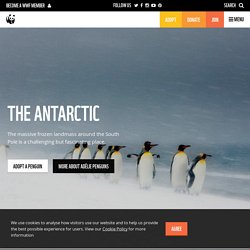 It’s bigger than Europe, and in summer, it's still 62 times the size of the UK! Antarctica is the world’s highest, driest, windiest and coldest continent. Its record low temperature is -94°C. But it doesn’t actually snow much – the Antarctic is so dry it’s classed as a polar desert. And it’s in darkness part of the year. Not surprisingly there are no people permanently living or native to Antarctica – although there can be up to 5,000 scientists and researchers based there (including teams supported by WWF studying Emperor and Adélie penguins). The Antarctic is one of the world’s least disturbed places, but it’s increasingly vulnerable, especially to global warming and climate change. Antarctica: Importance.

Pockets on this berg were made under the water and then it flipped over. 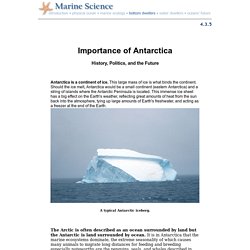