Your Cells Are Listening: How Talking To Your Body Can Help You… By Therese Wade, MSc, Wake Up World where this was originally featured. 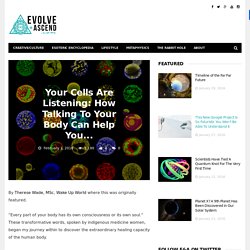 “Every part of your body has its own consciousness or its own soul.” These transformative words, spoken by indigenous medicine women, began my journey within to discover the extraordinary healing capacity of the human body. When this perspective was introduced to me, I was suffering from a severe chronic pain disorder. I suddenly imagined incorporating this concept into my meditation routine. In 2 Worlds: New Age Love and Light Fallacies - Updated 11/7/10. By Carissa Conti© March 18, 2009carissaconti@yahoo.com. 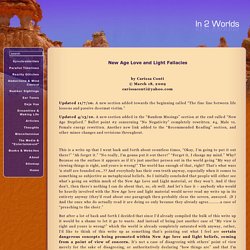 The Eckhart Tolle Booth on the Road to Somewhere. Well... first off, I have been having people talking to me about Eckhart Tolle, off and on for a couple of years now. 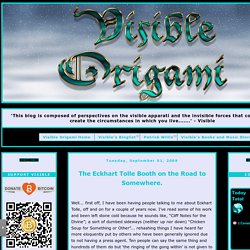 I’ve read some of his work and been left stone cold because he sounds like, “Cliff Notes for the Divine”; a sort of dumbed sideways (neither up nor down) “Chicken Soup for Something or Other”... rehashing things I have heard far more eloquently put by others who have been generally ignored due to not having a press agent. The Eckhart Tolle Booth on the Road to Somewhere. 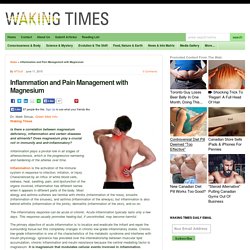 Mark Sircus, Green Med InfoWaking Times Is there a correlation between magnesium deficiency, inflammation and certain diseases and ailments? Does magnesium play a crucial roll in immunity and anti-inflammatory? Inflammation plays a pivotal role in all stages of atherosclerosis, which is the progressive narrowing and hardening of the arteries over time. Inflammation is the activation of the immune system in response to infection, irritation, or injury. The inflammatory response can be acute or chronic. The primary objective of acute inflammation is to localize and eradicate the irritant and repair the surrounding tissue but this completely changes in chronic low-grade inflammatory states. There are many factors that trigger inflammation. Excess insulin causes retention of sodium, fluid retention, elevated blood pressure and congestive heart failure.[1] – Dr. Inflammatory reactions in the body are a valuable predictor of impending heart attack.Dr. Is your heart on fire? 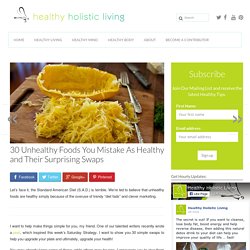 We’re led to believe that unhealthy foods are healthy simply because of the overuse of trendy “diet fads” and clever marketing.

Are You Chronically Dehydrated. By Phillip Day - Investigative Journalist & Founder of "The Campaign For Truth In Medicine" As Featured in Food Matters "Chronic pains of the body which cannot easily be explained as injury or infection, should first and foremost be interpreted as signals of chronic water shortage in the area where the pain is registered. 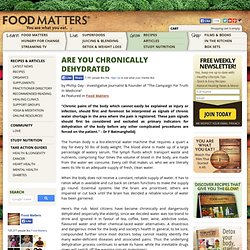 These pain signals should first be considered and excluded as primary indicators for dehydration of the body before any other complicated procedures are forced on the patient. " - Dr F Batmanghelidj The human body is a bio-electrical water machine that requires a quart a day for every 50 lbs of body weight. The blood alone is made up of a large percentage of watery serum. 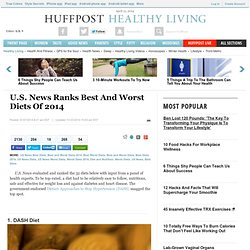 News evaluated and ranked the 32 diets below with input from a panel of health experts. To be top-rated, a diet had to be relatively easy to follow, nutritious, safe and effective for weight loss and against diabetes and heart disease. Massage. Digestive and related complaints. How to Fall Asleep Fast. Colds flu. The brain therapy etc. At-Home Flu Shots - Rethink Simple.

Detoxing. The coming plague will not be stopped by drugs: CDC now admits era of antibiotics at an end as bacteria out-wit drug companies. (NaturalNews) In a breakthrough moment of truth for the CDC, the agency now openly admits that prescription antibiotics have led to a catastrophic rise in superbugs, causing the death of at least 23,000 Americans each year (an estimate even the CDC calls "conservative"). 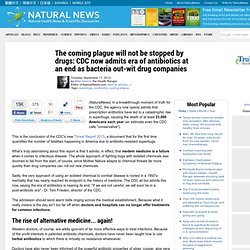 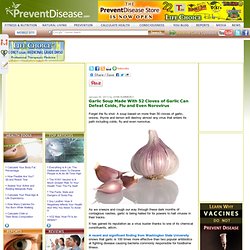 A soup based on more than 50 cloves of garlic, onions, thyme and lemon will destroy almost any virus that enters its path including colds, flu and even norovirus. As we sneeze and cough our way through these dark months of contagious nasties, garlic is being hailed for its powers to halt viruses in their tracks. It has gained its reputation as a virus buster thanks to one of its chemical constituents, allicin. 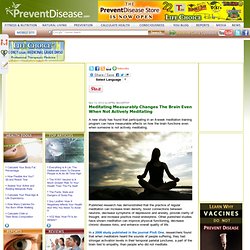 Published research has demonstrated that the practice of regular meditation can increase brain density, boost connections between neurons, decrease symptoms of depression and anxiety, provide clarity of thought, and increase positive mood endorphins. Other published studies have shown meditation can improve physical functioning, decrease chronic disease risks, and enhance overall quality of life. In a 2008 study published in the journal PloS One, researchers found that when meditators heard the sounds of people suffering, they had stronger activation levels in their temporal parietal junctures, a part of the brain tied to empathy, than people who did not meditate.