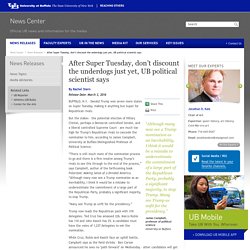 But the stakes – the potential election of Hillary Clinton, perhaps a Democrat controlled Senate, and a liberal controlled Supreme Court – are much too high for Trump’s Republican rivals to concede the nomination to him, according to James Campbell, University at Buffalo Distinguished Professor of Political Science. “There is still much more of the nomination process to go and there is a firm resolve among Trump’s rivals to see this through to the end of the process,” says Campbell, author of the forthcoming book Polarized: Making Sense of a Divided America. Pinterest. Neighborhood Tool Library - UFG.

The Big Picture. Why Millions Need Not Starve - No Donations Wanted ! To Spank or Not to Spank? - Half Moon Bay, CA Patch. Change.org. The Long, Murderous Arm of the Law Has Killed Troy Davis. The execution came following a harrowing and wrenching night for Davis’s family and supporters all over the world. 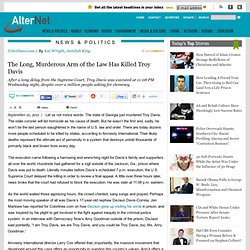 Hundreds had gathered for a vigil outside of the Jackson, Ga., prison where Davis was put to death. Literally minutes before Davis’s scheduled 7 p.m. execution, the U.S. Supreme Court delayed the killing in order to review a final appeal. A little over three hours later, news broke that the court had refused to block the execution. He was slain at 11:08 p.m. eastern. As the world waited those agonizing hours, the crowd chanted, sang songs and prayed. Amnesty International director Larry Cox offered that, importantly, the massive movement that developed around this case offers an opportunity to question this country’s values. Death Penalty : Site Map. USAction. Make Huge Corporations Pay Their Fair Share General Electric, Goldman Sachs and Citigroup don’t need billions in taxpayer handouts. 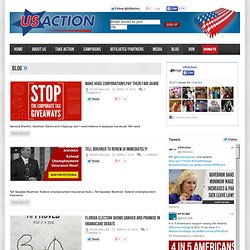 WE CAN FEED MILLIONS WITHOUT YOUR MONEY 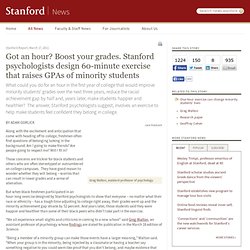 Along with the excitement and anticipation that come with heading off to college, freshmen often find questions of belonging lurking in the background: Am I going to make friends? Are people going to respect me? Will I fit in? Those concerns are trickier for black students and others who are often stereotyped or outnumbered on college campuses. But when black freshmen participated in an hour-long exercise designed by Stanford psychologists to show that everyone – no matter what their race or ethnicity – has a tough time adjusting to college right away, their grades went up and the minority achievement gap shrank by 52 percent. Troy Davis denied final appeal Pictures. Serious Fun: TrueMajorityACTION.org. Stand Up for Health: To: Spkr Boehner, Sen McConnell, Sen Reid. 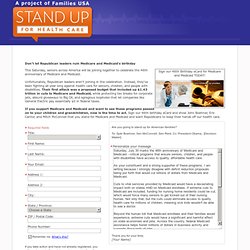 Cc: President Obama, [Decision Maker], Saturday, July 30 marks the 46th anniversary of Medicare and Medicaid - critical programs that ensure seniors, children, and people with disabilities have access to quality, affordable health care. As your constituent and a strong supporter of these programs, I am writing because I strongly disagree with deficit reduction proposals being put forth that would cut billions of dollars from Medicare and Medicaid. Cuts to vital services provided by Medicaid would have a devastating impact both on states AND on Medicaid enrollees. If extreme cuts to Medicaid are included, funding for nursing home residents could be cut, which would force many seniors to get kicked out of their nursing homes. A daily TV/radio news program, hosted by Amy Goodman and Juan Gonzalez, airing on over 900 stations, pioneering the largest community media collaboration in the United States.

Tell Congress we will never forget 9/11 first responders and survivors. I went to Ground Zero shortly after the 9/11 attacks because I knew my experience as a US Army veteran and demolition supervisor would be of service to my country. 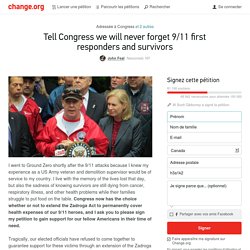 I live with the memory of the lives lost that day, but also the sadness of knowing survivors are still dying from cancer, respiratory illness, and other health problems while their families struggle to put food on the table. Congress now has the choice whether or not to extend the Zadroga Act to permanently cover health expenses of our 9/11 heroes, and I ask you to please sign my petition to gain support for our fellow Americans in their time of need. Tragically, our elected officials have refused to come together to guarantee support for these victims through an extension of the Zadroga Act (named after a police officer who died from illnesses sustained at Ground Zero).