The 10 Countries Where Life is Worse for Women - Worst Countries For Women. Just like in the United States, where some states rise above others when it comes to women, while some countries are leading the way for treatment of women, others lag way behind. 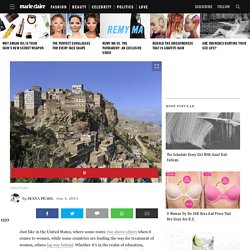 Whether it's in the realm of education, economics, or abuse, these countries have some serious strides to make. India India's vast size and strongly rooted history in patriarchy means that conditions for women vary quite a bit from one end to the other. Women's Rights and Education Activist Malala Yousafzai is a Glamour Woman of the Year for 2013: Glamour.com. Malala Yousafzai is a Woman of the Year because... 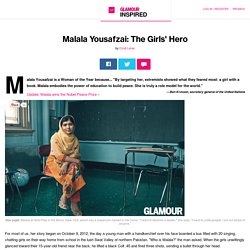 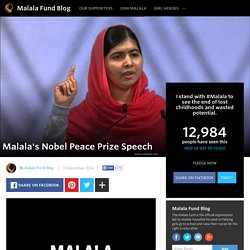 Topics: #TheLast Nobel Peace Prize youtube.com I Am Malala: The Girl Who Stood Up For Education And Was Shot By The Taliban (Book) Malala Yousafzai (Award Winner) video. The Obamas want the U.S. to help educate more girls around the world. WASHINGTON — Today, more than 60 million girls around the world are not in school. 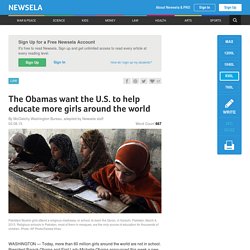 President Barack Obama and First Lady Michelle Obama announced this week a new program that will try to help these girls get an education. The program is called Let Girls Learn. It will join another program started last year by the U.S. Agency for International Development (USAID). First lady in Asia: "Change the world," help 62 million girls go to school. TOKYO — About 62 million girls around the world are not in school. 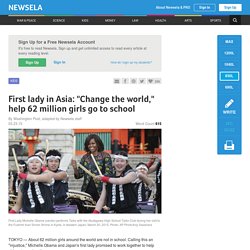 Calling this an "injustice," Michelle Obama and Japan's first lady promised to work together to help girls get an education. The American first lady was on a visit to Japan and Cambodia. The trip was part of her effort to promote the Let Girls Learn plan. She and President Barack Obama announced it earlier this month. It will help support programs in poorer countries to help girls go to school and stay in school. Malala Yousafzai - Biography - Women's Rights Activist, Children's Activist. As a young girl, Malala Yousafzai defied the Taliban in Pakistan and demanded that girls be allowed to receive an education. 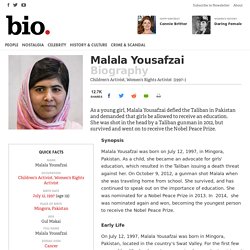 She was shot in the head by a Taliban gunman in 2012, but survived and went on to receive the Nobel Peace Prize. Synopsis Malala Yousafzai was born on July 12, 1997, in Mingora, Pakistan. Malala Receives Europe's Biggest Human Rights Prize "Sakharov" ~ Malala Yousafzai. The news is that, Malala Yousafzai who was shot by the Taliban in the head has received another yet the biggest European human rights prize called "Sakharov" which is one of the major prizes got by many other international personalities such as South Africa's Nelson Mandela and Aung San Suu Kyi from Burma, while Malala is the first Pakistani who got this prize. 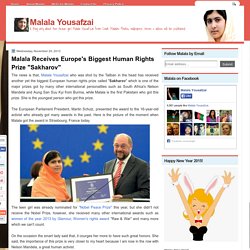 She is the youngest person who got this prize. The European Parliament President, Martin Schulz, presented the award to the 16-year-old activist who already got many awards in the past. Here is the picture of the moment when Malala got the award in Strasbourg, France today. On the occasion the smart lady said that, it courges her more to have such great honors. She said, the importance of this prize is very closer to my heart because I am now in the row with Nelson Mandela, a great human activist.