Investigations. 24 Charts That Will Help You Be Healthy AF - BuzzFeed News. Whole Mind Project. Butter Is a Health Food, But Beware of "Monsanto Butter" By Dr. Mercola Long vilified butter is making a comeback. Butter consumption in the US has reached its 40-year peak, according to new data from the dairy industry. The butter boom, at least in part, has been attributed to a shift in consumer preferences away from processed foods and back toward natural foods.

It has also helped that USDA began the process of banning trans fats from the American food supply last fall.1During the past decade, Americans have increased their butter intake by 25 percent—but it's really taken off over the past five years. Disease Rates Through the Roof Since the Era of Butter Bashing The evidence is incontrovertible: When you cut out or radically decrease the fat in your diet, you became fatter and sicker than your ancestors. "Between 1920 and 1960, Americans' use of butter declined from 18 pounds per person per year to four pounds, yet heart disease went from a relatively unknown condition to the number one killer. Source: Gillman MW, et al. How to Make Your Own Healthy, Tasty Butter. February 12, 2008 | 97,001 views Share During the low-fat diet craze, many people learned, wrongly, to shun butter from their diets. 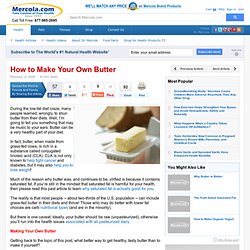 These 4 Things Happen Right Before a Heart Attack. Despite what you may believe, heart attacks rarely happen “out of the blue.” 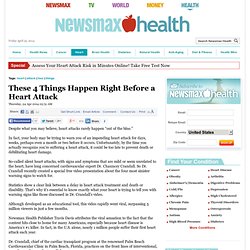 In fact, your body may be trying to warn you of an impending heart attack for days, weeks, perhaps even a month or two before it occurs. Unfortunately, by the time you actually recognize you’re suffering a heart attack, it could be too late to prevent death or debilitating heart damage. So-called silent heart attacks, with signs and symptoms that are mild or seem unrelated to the heart, have long concerned cardiovascular expert Dr. Go Greener: Clean Your House With Just Baking Soda, Vinegar and Lemons. Going green can be a very expensive transition, or it can be cheaper than you’ve ever thought possible. 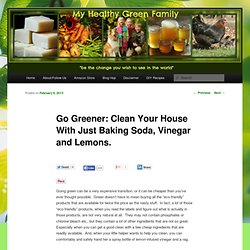 Green doesn’t have to mean buying all the “eco-friendly” products that are available for twice the price as the nasty stuff. In fact, a lot of those “eco-friendly” products, when you read the labels and figure out what is actually in those products, are not very natural at all. Environmental Laboratory Services. Smart Grid Funding Misspent on Obsolete Technologies. By Dr. 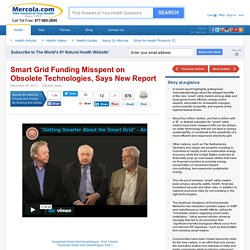 Mercola On November 26, the National Institute for Science, Law and Public Policy (NISLAPP) published a new report entitled "Getting Smarter About the Smart Grid1," authored by Dr. Timothy Schoechle, an engineering and policy consultant with expertise in smart grid technologies. He currently serves on several international smart grid standard setting committees and has decades of experience in the utility, computer, and communication industries, including being involved in the development of the AMI meter standards and building utility meter reading and demand response gateways. "Smart meter" is the term used to describe a wired or wireless electrical energy meter that transmits energy consumption data back to your local utility company at regular intervals. Getting Smarter About the Smart Grid. 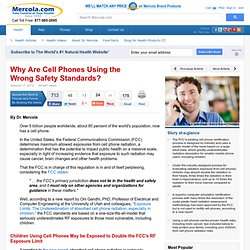 Mercola Over 5 billion people worldwide, about 80 percent of the world's population, now has a cell phone. In the United States, the Federal Communications Commission (FCC) determines maximum allowed exposures from cell phone radiation, a determination that has the potential to impact public health on a massive scale, especially in light of increasing evidence that exposure to such radiation may cause cancer, brain changes and other health problems.That the FCC is in charge of this regulation is in and of itself perplexing, considering the FCC states: " … the FCC's primary jurisdiction does not lie in the health and safety area, and it must rely on other agencies and organizations for guidance in these matters. " Children Using Cell Phones May be Exposed to Double the FCC's RF Exposure Limit According to the new report, absorbed cell phone radiation is seriously underestimated, particularly in children. Children Should Not Use Cell Phones Use a Cell Phone? 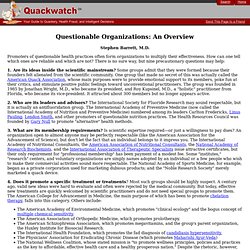 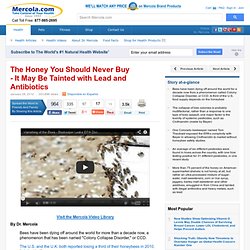 Mercola Bees have been dying off around the world for more than a decade now, a phenomenon that has been named "Colony Collapse Disorder," or CCD. The U.S. and the U.K. both reported losing a third of their honeybees in 2010. Italy lost half.The die-offs have spread to China and India, in addition to many other countries. Drugfail. Beware: Taking Too Much Tylenol Can Be Deadly. Drug Company to Pay $3 Billion in Damages for Diabetic Drug.