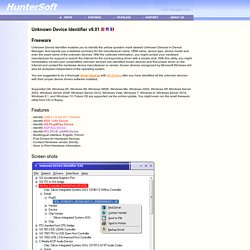 And reports you a detailed summary for the manufacturer name, OEM name, device type, device model and even the exact name of the unknown devices. With the collected information, you might contact your hardware manufacturer for support or search the Internet for the corresponding driver with a simple click. Unknown Devices. Beta New! 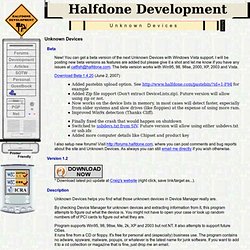 You can get a beta version of the next Unknown Devices with Windows Vista support. I will be posting new beta versions as features are added but please give it a shot and let me know if you have any issues at catfish@halfdone.com. The beta version works with Win95, 98, 98se, 2000, XP, 2003 and Vista. Download Beta 1.4.20 (June 2, 2007) 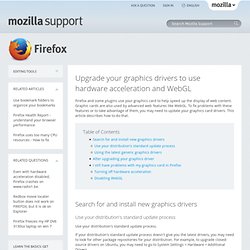 Graphic cards are also used by advanced web features like WebGL. To fix problems with these features or to take advantage of them, you may need to update your graphics card drivers. This article describes how to do that. Using Windows Update Some recent graphics driver versions are made available as an optional update from the Windows Update feature. Scheda video- GPU. Driver Identifier. SteerMouse. System Preferences only lets you assign Mission Control to buttons. 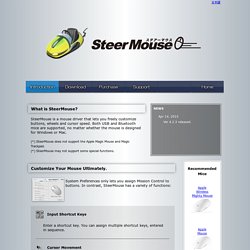 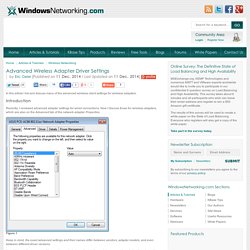 Now I discuss those for wireless adapters, which are also on the Advanced tab of the network adapter Properties. Figure 1 Keep in mind, the exact advanced settings and their names differ between vendors, adapter models, and even between different driver versions. Advanced Network Adapter Driver Settings. Introduction You’ve probably seen the settings on the Advanced tab of a network adapter’s Properties before—it’s the same place where you access the driver details—but the settings aren’t so easy to understand. 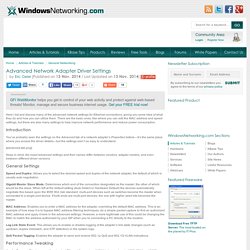 [advanced-tab.png] Keep in mind, the exact advanced settings and their names differ between vendors, adapter models, and even between different driver versions. General Settings Speed and Duplex: Allows you to select the desired speed and duplex of the network adapter, the default of which is usually auto negotiation. Hyperlink. Wi-fi.