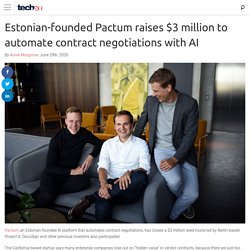 DocuSign and other previous investors also participated. The California-based startup says many enterprise companies lose out on “hidden value” in vendor contracts, because there are just too many contracts of too little value to warrant a procurement specialist’s time. Pactum’s AI chatbot autonomously negotiates these supplier contracts with real humans on the other end — using best practices from ‘negotiation scientists’ — then updates the new contract details in ERP, CRM and other systems. Project A’s general partner Uwe Horstmann commented, “We are convinced that AI-based systems will shape the future of commercial negotiations.

Pactum is well on its way to play an essential role in this future.” Nissan unveiled a concept office pod inside of a van. Facebook is adding a new director of remote work. Meet Tengai, the job interview robot who won't judge you. University launches world's first AI career coach - Education Technology. How This Company Runs Without Managers. To most business professionals, the idea of firing your managers sounds insane. 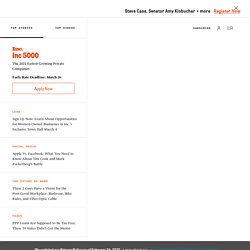 However some of the most successful companies do in fact run manager-less, while others have found ways to push some of the management function down to the level of those who are being managed. Eric Ries' Long-Term Stock Exchange aims to reform capitalism. The Long-Term Stock Exchange launched today (Sept. 9) with a humble goal—to reform American capitalism as we know it. 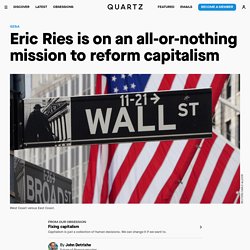 The platform’s debut comes nine years after CEO Eric Ries, a Silicon Valley entrepreneur, proposed its creation in his book The Lean Startup as an antidote to the usual market pressures to pursue short-term results. The US already has more than a stock dozen exchanges, but Ries argues that creating a new one is the only way to enshrine long-term thinking and abandon short-term strategies that get in the way of innovation and leave companies, and their investors and employees, in a cycle of booms and busts.

To list on the LTSE, companies are required to maintain and publish policies that provide insight into their long-term strategies, practices, and measures. Quartz spoke with Ries about LTSE’s launch, changes to its listing standards, and how the exchange itself will measure success. Berlin-based CoachHub raises $30 million to expand digital coaching platform. Berlin-based digital coaching platform CoachHub has secured $30 million in funding round led by new investor Draper Esprit, alongside existing investors HV Capital, Partech, Speedinvest, signals Venture Capital and RTP Global.The startup, which uses AI to match individuals to business coaches, has seen significant growth since it was founded in 2018 by brothers Yannis and Matti Niebelschuetz. 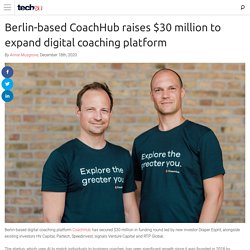 In the second half of last year, they raised two separate funding rounds, the first at €6 million and the second at €10 million. With that the team has built a global network of more than 1,000 certified coaches across six continents. Get The Shifts is transforming temp work in the hospitality sector. Our Start-up of the Week is Get The Shifts, a Clare-based staffing app that is helping hospitality businesses to source reliable, experienced workers on demand. 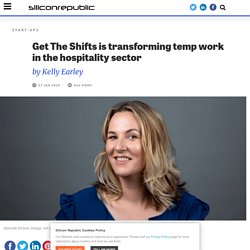 Get The Shifts was founded by Irish entrepreneur Hannah Wrixon. The start-up supports bars, restaurants, stadiums, festivals and other hospitality and events businesses, helping them source quality, experienced staff in their area, on demand. Ambev’s bet for the future: the new director of mental health. 7;s quest for a new big dream, the Exame magazine cover story story, is undergoing a transformation into known for his strong focus on goals and meritocracy. 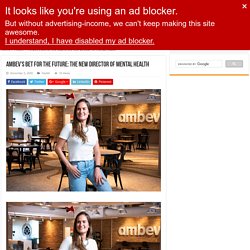 A sign of this was in September when company leaders shared the biggest mistakes of their careers during a virtual event. “Permission” to make mistakes is one of the signs of the new direction the company is seeking, according to Mariana Holanda, Ambev’s first director of mental health, a position created this June. Launches ALL CONNECT, new hybrid meeting concept powered by Microsoft Teams.

The concept will focus primarily on small meetings (8 to 50 physical participants) and customers will benefit from the expertise of dedicated teams, Accor’s meetings & events experience, and a seamless digital booking platform. 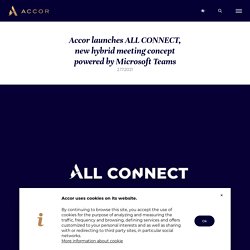 Distinctive and bespoke meeting programs & experiences will be available to attendees who can also expect the highest sanitary and safety measures as part of the ALLSAFE expert vetted protocol co-developed with Bureau Veritas. Research by Accor shows that 50% of physical meetings planned by the company’s Meetings & Events customers in 2021 will switch to virtual formats, and that 70% of respondents see hybrid meetings as an important service in the future. 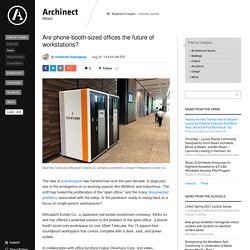