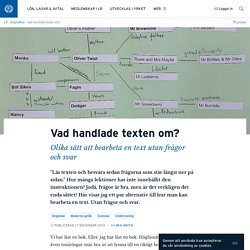 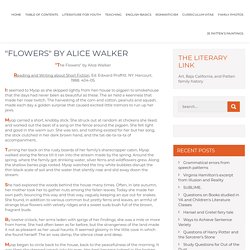 Famous Poll at Jodys Bar 2geluz1. Online exclusive: a new short story by Neil Gaiman. “I can understand that,” I said. 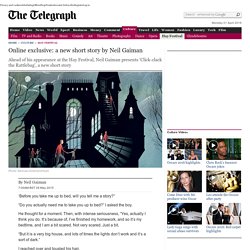 “It is a very big old house.” He nodded. We were in the kitchen, where it was light and warm. I put down my magazine on the kitchen table. “What kind of story would you like me to tell you?” “Well,” he said, thoughtfully. . • Neil Gaiman on the meaning of fairytales “She exaggerates. “But you do write scary stories?” “Yes.” The boy looked up at me from the shadows by the door, where he was waiting. “I don’t think so.” “Those are the best sorts of stories.” “Do they tell them at your school?” He shrugged. "The Sniper" by Liam O'Flaherty. The sniper. Ninth grade Lesson Analyzing Theme in the story Sniper. Engelsk Vg1 - How to Analyze a Short Story. What is a Short Story? 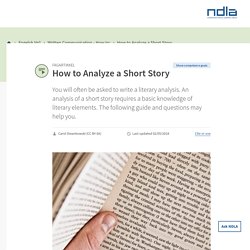 A short story is a work of short, narrative prose that is usually centered around one single event. It is limited in scope and has an introduction, body and conclusion. Although a short story has much in common with a novel (See How to Analyze a Novel), it is written with much greater precision. You will often be asked to write a literary analysis. An analysis of a short story requires basic knowledge of literary elements. Setting Setting is a description of where and when the story takes place.

Copy Of The Secret Life Of Walter Mitty. Mrs Bixby and the Colonel's Coat. Short Stories at East of the Web. A game of Scrabble has serious consequences. - Length: 4 pages - Age Rating: PG - Genre: Crime, Humor A semi-barbaric king devises a semi-barabaric (but entirely fair) method of criminal trial involving two doors, a beautiful lady and a very hungry tiger. 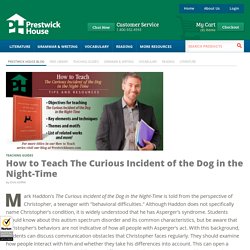 " Although Haddon does not specifically name Christopher's condition, it is widely understood that he has Asperger's syndrome. Students should know about this autism spectrum disorder and its common characteristics, but be aware that Christopher's behaviors are not indicative of how all people with Asperger's act. With this background, students can discuss communication obstacles that Christopher faces regularly. They should examine how people interact with him and whether they take his differences into account. This can open a broader discussion about mental illness or difference, including how it is perceived by society, how it can be used to define people, how it affects family members, and how people can live full and satisfying lives despite difficulties they face. 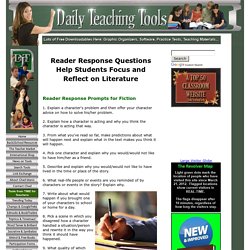 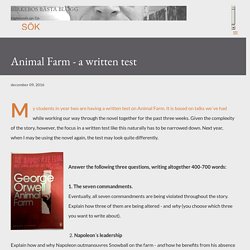 It is based on talks we´ve had while working our way through the novel together for the past three weeks. Given the complexity of the story, however, the focus in a written test like this naturally has to be narrowed down. Next year, when I may be using the novel again, the test may look quite differently. Lordoftheflies101013b. Poets.org. Hjälten och Jag. Student Materials: Literary Elements Map. Short stories at east of the web. Short stories for EFL learners. Lamb to the Slaughter. Verbalworkout.com.