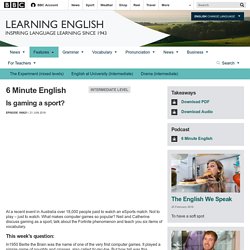 Data Security - Classroom - BTN. It's morning, and Christina and Alexi are getting ready for school. 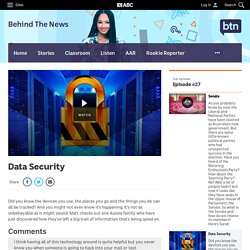 And while their day starts with a good breakfast, for them, and the rest of the family, technology's never far away. They're about to find out just how much of what they do is tracked and traced over 24 hours CHRISTINA: First of all, I'd probably check my Instagram. Christina's 12. Her favourite things online are Youtube, Tumblr and Instagram.

The Facebook party that became a riot. It began as a plan for a very normal 16th birthday party. 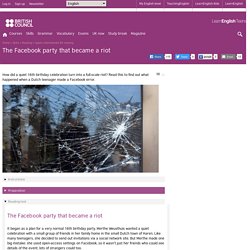 Merthe Weusthuis wanted a quiet celebration with a small group of friends in her family home in the small Dutch town of Haren. Like many teenagers, she decided to send out invitations via a social network site. But Merthe made one big mistake: she used open-access settings on Facebook, so it wasn’t just her friends who could see details of the event, lots of strangers could too. The number of invitation acceptances quickly snowballed into an avalanche. Not marking the event as ‘private’ meant the electronic invitation was eventually seen by 240,000 people, of whom 30,000 confirmed online that they planned to attend. Even after Merthe’s parents had cancelled the party, the publicity didn’t stop. However, Facebook was also involved in the clean-up effort in the days after the riot. World News 2018 - Classroom - BTN. In the tricky world of politics in 2018, a lot of eyes were on America. 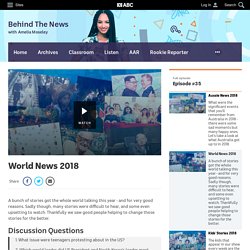 Thousands of teenagers demanded to be heard on the issue of gun violence. ACTIVIST: Me and my friend came to the realisation that we need change and we need it now and no one else is going to do it for us so we might as well do it ourselves. US President Donald Trump entered his second year in office. MAN: He's definitely very different than any president we've seen. And he went for a stroll with North Korea's leader, and North Korea's leader walked over to meet South Korea's leader.

In many places in the world, disaster struck. LearnEnglish Teens - British Council. Kay got another message as she was leaving for school. unknown number: You’re so ugly. 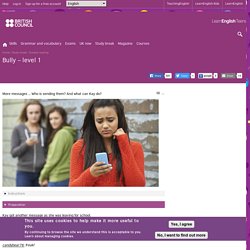 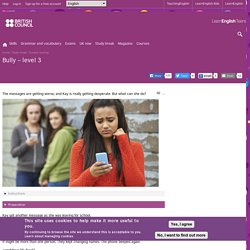 She put her phone back in her pocket and set off for the bus stop. There were more messages every day now and it was really getting her down. She didn’t know who it was or why they were picking on her. It might be more than one person. Candybear76: freak! LearnEnglish Teens - British Council. Amy normally hated Monday mornings, but this year was different. 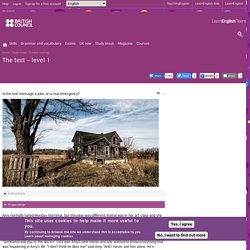 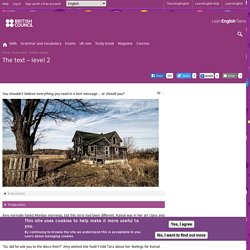 Kamal was in her art class and she really liked Kamal. She was waiting outside the art class when her friend Tara arrived. “Hi Amy! Your mum texted me. LearnEnglish Teens - British Council. Amy normally hated Monday mornings, but this term had been different. 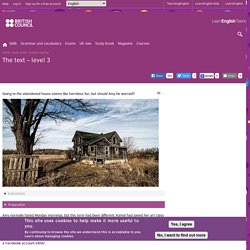 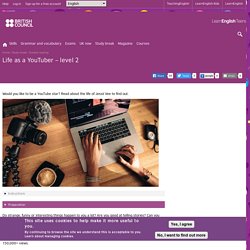 Are you good at telling stories? LearnEnglish Teens - British Council. Do weird, funny or interesting things happen to you a lot? Are you good at telling stories? Can you imagine hundreds of thousands of people wanting to hear about your life? That’s what life is like for YouTube star, Jessii Vee. Her videos of funny stories about herself, and ‘Creepy Neighbourhood’, have been watched over 150 million times and subscribers to her channel grow every day. In just a month after I first found Jessii’s YouTube channel, she had gained over 8,000 new subscribers.

With these kinds of numbers, you might think Jessii is an international star with her face on magazine covers all around the world. The rise of fake news. Are we losing the art of conversation? We asked four people who watched an online talk on technology and communication by Sherry Turkle for their opinions. The talk certainly gave me plenty of food for thought about the way we communicate these days and how technology is changing our behaviour.

People are constantly multitasking, whether it be emailing during meetings or texting in the checkout queue. I really believe it’s affecting the way we relate to each other and it’s not just in the workplace. Kids fade into the background as parents message at the dinner table or post on social networks during the school run. It’s as if we can’t bear to miss out on what our online buddies are up to, so we juggle the real and online world. It was a fascinating talk and the speaker really hit the nail on the head with a couple of things. So much of what the speaker said rang true. I’m not sure to what extent I agree that people are more alone, but the way we communicate has certainly evolved. Are you tech addicted? Hey guys!

My name is Asha and this video is for British Council’s LearnEnglish Teens online magazine and YouTube channel. Today, I just wanted to talk about how much we are all obsessed with technology and how it is taking over our lives and I know in fact it is taking over my life – and here are some … some points to see if it’s taking over your life too.

Number 1 If you look at a screen at least nine times a day, it means you’re obsessed with technology. It could be your mobile phone, your iPad, your laptop, your television, even an iPod counts. A Free Cell Phone! Cell phones, or mobile phones, are becoming more popular around the world as a preferred form of communication, but can you find a cheap calling plan that will fit your budget? What do you look for when deciding on a cell phone or a phone carrier (e.g., cost of phone, number of minutes a month, cancellation fees, etc.)? What types of international calling cards can be used with such phones? Listen to the conversation by pressing the "Play Audio" button and answer the questions. Press the "Final Score" button to check your quiz. [ Other Audio Options: Play RealMedia | Play Window Media ] Listen to the conversation again as you read the Quiz Script.

There is often debate on whether a cell phone is a need or just a want in today's society. Imagine you need a new mobile or smart phone and the perfect cell phone provider. Social Media Web Sites. More of Randall's Favorite Learning Resources [ Quiz Script ] How do social media Web sites such as Facebook, Twitter, LinkedIn, and Google Plus+ help people keep in touch with family and friends (for example, "People can send short birthday messages. Cyberbullying. Listen to the conversation and check your answers.