Rob "CmdrTaco" Malda Resigns From Slashdot. After 14 years and over 15,000 stories posted, it's finally time for me to say Good-Bye to Slashdot. 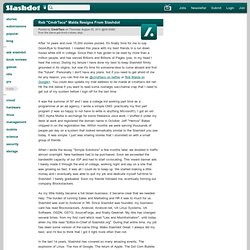 I created this place with my best friends in a run down house while still in college. Since then it has grown to be read by more than a million people, and has served Billions and Billions of Pages (yes, in my head I hear the voice). During my tenure I have done my best to keep Slashdot firmly grounded in its origins, but now it's time for someone else to come aboard and find the *future*.

Personally I don't have any plans, but if you need to get ahold of me for any reason, you can find me as @cmdrtaco on twitter or Rob Malda on Google+. You could also update my mail address to be malda at cmdrtaco dot net. WikiLeaks publishes tens of thousands more cables. Max Levchin to Leave Google As Slide Is Shut Down - Liz Gannes - Social. Slide, the social apps company that Google bought just over a year ago for about $200 million, will be dissolved, and its well-regarded leader Max Levchin will depart Google, sources close to the matter told AllThingsD. 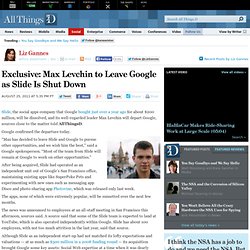 Google confirmed the departure today. “Max has decided to leave Slide and Google to pursue other opportunities, and we wish him the best,” said a Google spokesperson. “Most of the team from Slide will remain at Google to work on other opportunities.” HP's Liz Roche on why enterprise technology strategy must move beyond the 'professional' and 'consumer' split. These deep rumblings of change mean that IT needs to rethink things a bit, to develop a "prosumer" strategy, whereby both the applications and services they provide to internal employees and their end-user customers increasingly bear the hallmarks of modern consumer services. 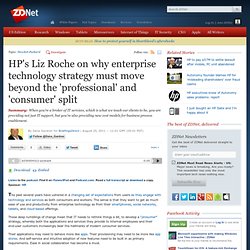 Their applications may need to behave more like apps. Their provisioning may need to be more like app stores. And self-service and intuitive adoption of new features need to be built in as primary requirements. Ease in social collaboration has become a must. So how can IT adjust to this shift? The Next Steps In Robotics And Computer Vision: Behavior Analysis, Situational Awareness. We’ve seen some interesting developments lately in the fields of robotics and computer vision. 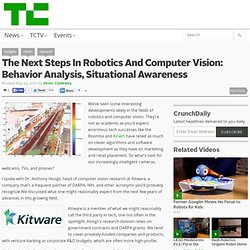 They’re not as academic as you’d expect: enormous tech successes like the Roomba and Kinect have relied as much on clever algorithms and software development as they have on marketing and retail placement. So what’s next for our increasingly intelligent cameras, webcams, TVs, and phones? Diffbot Helps Apps Read the Web Like Humans.

March of the Penguin: Ars looks back at 20 years of Linux. The Linux kernel was originally created by Linus Torvalds, a Finnish computer science student, and first announced to the world on August 25, 1991—exactly 20 years ago today. 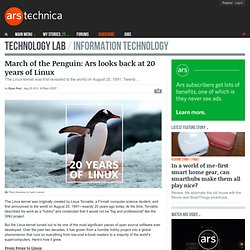 At the time, Torvalds described his work as a "hobby" and contended that it would not be "big and professional" like the GNU project. But the Linux kernel turned out to be one of the most significant pieces of open source software ever developed. Over the past two decades, it has grown from a humble hobby project into a global phenomenon that runs on everything from low-cost e-book readers to a majority of the world's supercomputers. Exclusive: How Facebook is open-sourcing its data centers and servers. This is the first of a two-part exclusive on Facebook’s involvement with and creation of open source technologies. 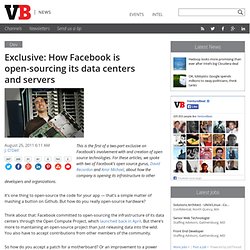 For these articles, we spoke with two of Facebook’s open source gurus, David Recordon and Amir Michael, about how the company is opening its infrastructure to other developers and organizations. It’s one thing to open-source the code for your app — that’s a simple matter of mashing a button on Github. But how do you really open-source hardware? Next Gen Windows Slate Device Revealed at TechEd 2011 NZ. At TechEd 2011 New Zealand Jeff Johnson and Patrick Hevesi showed off some new Windows “Slate” style device in the WCL101 Come and see the latest and greatest in Windows Devices session. 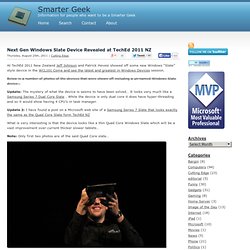 Below is a number of photos of the devices that were shown off including a un-named Windows Slate device… Update: The mystery of what the device is seems to have been solved… It looks very much like a Samsung Series 7 Dual Core Slate . Local Business Reviews Site Angie’s List Files For $75 Million IPO. After Jive’s $100 million IPO filing yesterday, local business reviews site Angie’s List is throwing its hat into the ring, filing an S-1 this afternoon. 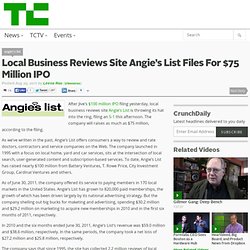 The company will raises as much as $75 million, according to the filing. As we’ve written in the past, Angie’s List offers consumers a way to review and rate doctors, contractors and service companies on the Web. The company launched in 1995 with a focus on local home, yard and car services, sits at the intersection of local search, user-generated content and subscription-based services. Steve Jobs and the sound of silence. Steve Jobs at D8 by Asa Mathat | All Things Digital Like many of my colleagues in Silicon Valley, I was having a fantastic day today. 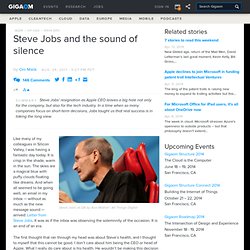 It is crisp in the shade, warm in the sun. The skies are a magical blue with puffy clouds floating like dreams. And when all seemed to be going well, an email in my inbox — without as much as the new message sound — arrived: Letter from Steve Jobs.