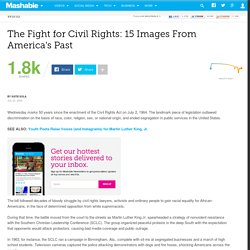 The landmark piece of legislation outlawed discrimination on the basis of race, color, religion, sex, or national origin, and ended segregation in public services in the United States. The bill followed decades of bloody struggle by civil rights lawyers, activists and ordinary people to gain racial equality for African-Americans, in the face of determined opposition from white supremacists. During that time, the battle moved from the court to the streets as Martin Luther King Jr. spearheaded a strategy of nonviolent resistance with the Southern Christian Leadership Conference (SCLC). The group organized peaceful protests in the deep South with the expectation that opponents would attack protestors, causing bad media coverage and public outrage. Mr Brainwash's wall painting ROSA MLK OBAMA.

The March on Washington, 1963: Photos of the Epic Civil Rights Event. Civil Rights Movement '60s So many scenes from the August 28, 1963, March on Washington are now familiar to so many of us — and the cadence of Martin Luther King Jr.’s “I Have a Dream” speech is so much a part of the national consciousness — it’s easy forget that for the hundreds of thousands of people who marched and rallied that day, the event was wholly, thrillingly new. 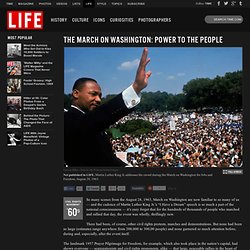 There had been, of course, other civil rights protests, marches and demonstrations. But none had been so large (estimates range anywhere from 200,000 to 300,00 people) and none garnered so much attention before, during and, especially, after the event itself. Iron Lady Queen. THE QUEEN. Firearms in the USA: Cartoons. Cartoon: Aurora Shooting "American cartoonists have been quick to respond to the terrible massacre at a screening of the new Batman movie in Aurora, Colorado. 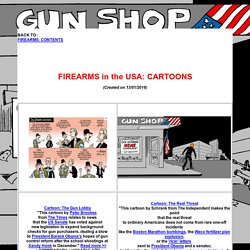