8 Immersive Virtual Reality Data Visualizations - Rock the VizComm. Imagine stepping into a three-dimensional data visualization that lets you fully interact with the data. 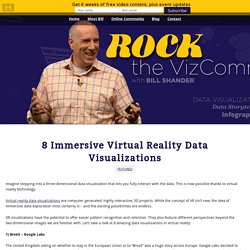 This is now possible thanks to virtual reality technology. Virtual reality data visualizations are computer generated, highly interactive, 3D projects. While the concept of VR isn’t new, the idea of immersive data exploration most certainly is – and the exciting possibilities are endless. VR visualizations have the potential to offer easier pattern recognition and retention. They also feature different perspectives beyond the two-dimensional images we are familiar with. 1) Brexit – Google Labs The United Kingdom voting on whether to stay in the European Union or to “Brexit” was a huge story across Europe. 2) Blue Whale Experience – Fusion The blue whale is the largest animal on the planet. 3) Titans of Space – Oculus Rift DK2 Titans of Space 2.0 is a deep-dive tour through our Solar System. 4) 21 years of the Nasdaq – Wall Street Journal 5) Google Chrome Experiments. InstaMaps.

​The best VR headsets for iPhone users. The great VR headset revolution is well and truly underway and just because you own an iPhone rather than an Android smartphone doesn't mean you can't get involved in the virtual reality action in 2017. 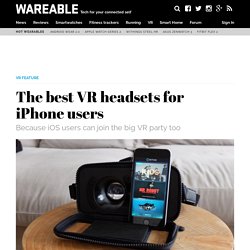 An Apple VR headset doesn't exist (yet), so Google Cardboard has stolen a lot of the limelight when it comes to mobile virtual reality while Google Daydream is impressing in its early days. But many of the new breed of super-cheap headsets (apart from Daydream View) are iPhone compatible, and support most handsets from the last couple of years, from the iPhone 5S to the new iPhone 7. Read this: How does VR actually work? While mobile VR headsets obviously have nothing on the likes of the HTC ViveOculus Rift or PlayStation VR, Cardboard-style sets have the chance to encourage large numbers of potential users to get on board with virtual reality. Apps wise, you can access Cardboard apps, YouTube 360, Facebook's 360 videos and more. Google Cardboard $15, store.google.com | Amazon. The New Dimension of Video Editing. We are entering an exciting age of technology. 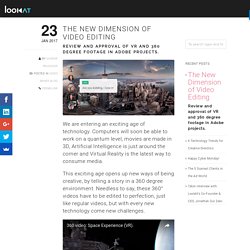 Computers will soon be able to work on a quantum level, movies are made in 3D, Artificial Intelligence is just around the corner and Virtual Reality is the latest way to consume media. This exciting age opens up new ways of being creative, by telling a story in a 360 degree environment. Needless to say, these 360° videos have to be edited to perfection, just like regular videos, but with every new technology come new challenges. The future is already here. Are we ready for it? We all know collaboration services that allow multiple professionals to watch, comment and review the same video for the best possible outcome. While the leading editing software Adobe Premiere Pro CC already offers VR editing capabilities, LookAt is the only review and approval solution that supports VR content, allowing users to add comments anywhere on the 360° canvas. Old problems, new solutions Into this void entered LookAt latest technology – LookAt 360°. Comments. Tech Tip: Bringing virtual reality to your classroom.

One of the biggest trends to come out of ISTE 2016 was more viewers and services for virtual reality in education. 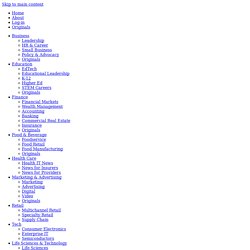 Here's a look at some my takeaways from the show: Nearpod, a student engagement platform, has added a virtual reality component to its services. It is a paid service, though some schools and districts have received viewers as a bonus for purchasing the program. The service is available for all platforms, including PCs and mobile devices. Nearpod also offers lessons for teachers to purchase. Google Expeditions, now officially out of beta, is an Android-only option for virtual reality. What I’m most excited about is the opportunity for students to become virtual-reality creators and not just consumers. Google Cardboard for Education Google+ community is a great place to connect and exchange ideas with other educators using virtual-reality tools. Regardless of which platform or service you use, it's important that you remember the human element of this technology.

The New Dimension of Video Editing.