Everything you need to know about coworking - Talented Ladies Club. Home working can be the most liberating – and lonely – of working options. 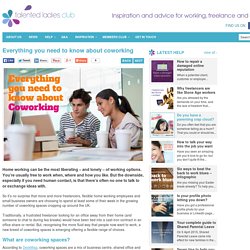 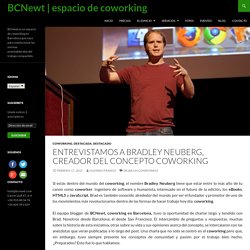 While technology has allowed us to live in what TNW Editor Brad McCarty refers to as “The Next Workplace,” corporate mindsets and mundane office life stands in the way of a truly progressive workstyle. 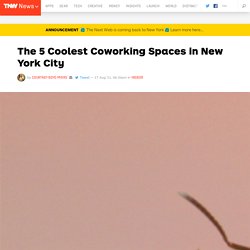 Today’s entrepreneurs in New York City’s thriving tech scene won’t stand for reactionary ways. The city is home to several innovative incubators like Prehype and Betaworks, and early stage accelerators like TechStars, DreamIt Ventures, NYC Seed and ERA, all experimenting with new ways to cultivate young companies in the city that never sleeps. There are various approaches to coworking in New York, a city known not just for its creative industries, but its creative abilities to make the most out of tight spaces. In fact, if the entire world’s population were to live as densely as Manhattanites choose to do, all 7 billion of us would fit into the state of Texas. Union Square Ventures’ Fred Wilson has a brilliant explanation of why coworking is a growing trend: 1. 2. 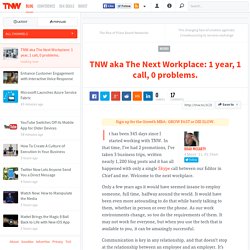 In that time, I’ve had 2 promotions, I’ve taken 3 business trips, written nearly 1,200 blog posts and it has all happened with only a single Skype call between our Editor in Chief and me. Welcome to the next workplace. Only a few years ago it would have seemed insane to employ someone, full time, halfway around the world. It would have been even more astounding to do that while barely talking to them, whether in person or over the phone. As our work environments change, so too do the requirements of them. Communication is key in any relationship, and that doesn’t stop at the relationship between an employee and an employer. 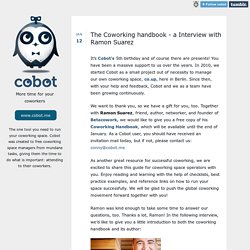 What Co-Working Spaces Can Teach You about Morale and Engagement. Today’s entrepreneurs have all the tools they need to network, share ideas, celebrate their wins and commiserate about their losses. 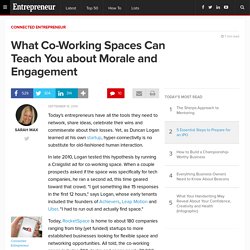 Yet, as Duncan Logan learned at his own startup, hyper-connectivity is no substitute for old-fashioned human interaction. In late 2010, Logan tested this hypothesis by running a Craigslist ad for co-working space. When a couple prospects asked if the space was specifically for tech companies, he ran a second ad, this time geared toward that crowd.

"I got something like 15 responses in the first 12 hours," says Logan, whose early tenants included the founders of Achievers, Leap Motion and Uber. "I had to run out and actually find space. " Today, RocketSpace is home to about 180 companies ranging from tiny (yet funded) startups to more established businesses looking for flexible space and networking opportunities. Entrepreneur spoke with Logan about the benefits of cohabitating and the obsolescence of cubicles. TNW aka The Next Workplace: 1 year, 1 call, 0 problems. Why Coworking Is Hot. 3 Ways To Stand Out As A New Developer. I was recently invited to attend Write/Speak/Code, a workshop-based, three-day conference to help female software developers increase their visibility in the tech community. 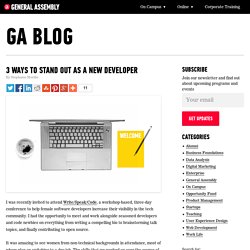 I had the opportunity to meet and work alongside seasoned developers and code newbies on everything from writing a compelling bio to brainstorming talk topics, and finally contributing to open source. It was amazing to see women from non-technical backgrounds in attendance, most of whom plan on switching to a dev job. The skills that we worked on over the course of three days – writing, speaking, and coding – are all relevant to those looking to start or revamp their career in web development. Here are three ways developers can write, speak, and code their way to the top. 1. There are many examples on the web of coding newbies and aspiring developers starting blogs which they keep up early on but quickly fizzle out with time due to a lack of focus. 2. There’s no idea too small to give a talk. 3.