The Terrifying "Smart" City of the Future. Photo Credit: Shutterstock/hin255 The following is the latest in a new series of articles on AlterNet called Fear in America that launched this March. 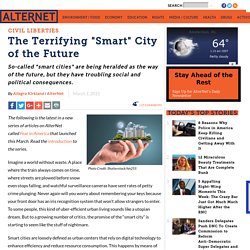 Read the introduction to the series. Imagine a world without waste. A place where the train always comes on time, where streets are plowed before snow even stops falling, and watchful surveillance cameras have sent rates of petty crime plunging. Never again will you worry about remembering your keys because your front door has an iris recognition system that won’t allow strangers to enter. Smart cities are loosely defined as urban centers that rely on digital technology to enhance efficiency and reduce resource consumption. 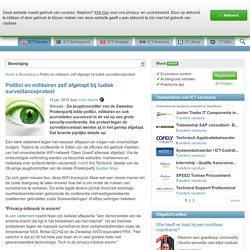 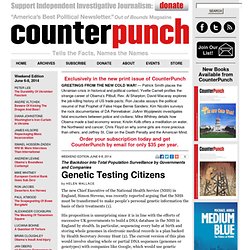 His proposition is unsurprising since it is in line with the efforts of successive UK governments to build a DNA database in the NHS in England by stealth. In particular, sequencing every baby at birth and storing whole genomes in electronic medical records is a plan backed by Health Secretary Jeremy Hunt (2). The current version of this plan would involve sharing whole or partial DNA sequences (genomes or genotypes) with companies like Google, which would use genetic information and health data to calculate personal risk assessments for feedback to patients (3). Massive investment from taxpayers would be required as part of a public-private partnership that would allow commercial exploitation of the data.

Why does the NHS want to collect genetic information? Video demonstration of two intelligence analysis tools. In a previous article we provided a very extensive description of a communications analysis tool used by the Canadian agency CSEC. 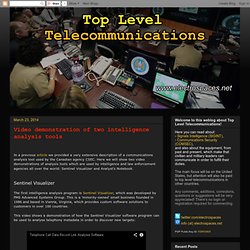 Here we will show two video demonstrations of analysis tools which are used by intelligence and law enforcement agencies all over the world: Sentinel Visualizer and Analyst's Notebook. Sentinel Visualizer The first intelligence analysis program is Sentinel Visualizer, which was developed by FMS Advanced Systems Group. This is a 'minority-owned' small business founded in 1986 and based in Vienna, Virginia, which provides custom software solutions to customers in over 100 countries. Big Brother, Small City: River Islands Will Feature Heavy Surveillance. Get Breaking News First Receive News, Politics, and Entertainment Headlines Each Morning. 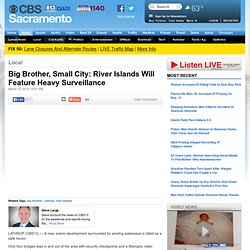 Sign Up LATHROP (CBS13) — A new, scenic development surrounded by winding waterways is billed as a safe haven. Only four bridges lead in and out of the area with security checkpoints and a fiberoptic video surveillance program. Every license plate scanned on those roads will be cross-checked with a DMV database for stolen cars. The first homes are already going up at River Islands, and the people who move in can expect to be part of a new era in policing. Cops could also surprise suspicious individuals through remote one-way speakers—the same shown in a video of a Southern California city where cameras are set up at a park with high crime. It’s Big Brother in a small city. Jarrod Miles moved his family to Lathrop from San Jose. CIA caught spying on US Senate. 10 March 2014 Over the past several days, it has emerged that the Central Intelligence Agency (CIA) has been illegally spying on the US Senate Intelligence Committee—the very legislative body that is charged with overseeing and regulating the agency—in flagrant violation of legality and the constitutional separation of powers. 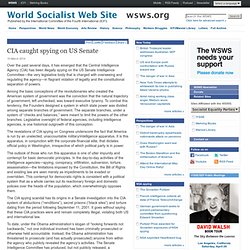 Among the basic conceptions of the revolutionaries who created the American system of government was the conviction that the natural trajectory of government, left unchecked, was toward executive tyranny. To combat this tendency, the Founders designed a system in which state power was divided among separate branches of government.

Exposed: Google’s “Smart Home” Surveillance Plans, Or, How Not To Be Colonized. The Brave New "Smart Grid" Connecting You To The NSA. ﻿Sometimes real-world occurrences are so terrifying and absurd that they transcend the content of even the most vivid and imaginative science-fiction novels. 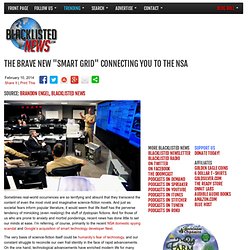 And just as societal fears inform popular literature, it would seem that life itself has the perverse tendency of mimicking (even realizing) the stuff of dystopian fictions. And for those of us who are prone to anxiety and morbid ponderings, recent news has done little to set our minds at ease.