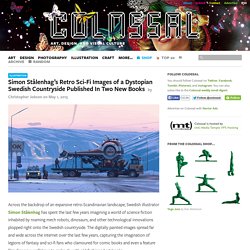 The digitally painted images spread far and wide across the internet over the last few years, capturing the imagination of legions of fantasy and sci-fi fans who clamoured for comic books and even a feature film. For now, we’ll have to make do with old-fashioned art books. Stålenhag and Free League Publishing just announced a Kickstarter project for two new books featuring Stålenhag’s dystopian vision of the future that will pair illustrations with short stories written in English. Esta artista crea sus pinturas en Microsoft Paint. Ristorante Giapponese Cinese Roma. ‘Bumpkins’: Appalachian artist creates unflinching hillbilly portraits. Hunter or Hipster, Male, 2012 Young artist Rebecca Morgan creates stirring, funny and often grotesque depictions of the “bumpkins” she grew up around in the Appalachian Mountain region of Pennsylvania. 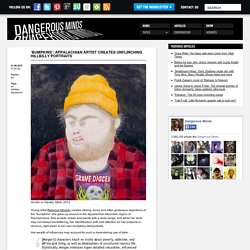 She sculpts, draws and paints with a wide range, and while her work may not always be flattering, her identification with and affection for her subjects is obvious, right down to her own bumpkiny self-portraits. Her wealth of influences may account for such a meandering use of style: [Morgan’s] characters touch on truths about poverty, addiction, and off-the-grid living, as well as idealizations of uncultured country life. Rebecca Morgan's Ceramic Vase Caricatures Of Appalachian Hillbillies. 15 Favorite Art Activities for Children. 13 MOST EPIC PROJECTION MAPPED STAGES - Ill.MethodologyIll.Methodology. The future is here. 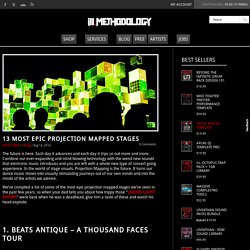 Each day it advances and each day it trips us out more and more. Combine our ever-expanding and mind blowing technology with the weird new sounds that electronic music introduces and you are left with a whole new type of concert going experience. In the world of stage visuals, Projection Mapping is the future. It turns our dance music shows into visually stimulating journeys out of our own minds and into the minds of the artists we admire. We’ve compiled a list of some of the most epic projection mapped stages we’ve seen in the past few years, so when your dad tells you about how trippy those “LIQUID LIGHT SHOWS” were back when he was a deadhead, give him a taste of these and watch his head explode. BEATS ANTIQUE has always been known for their epic stage performances combining elements of dance, live music, digital music, and immersive storytelling.

SHPONGLE. This collaboration between V Squared Labs and Vita Motus built a perfect stage for two collaborating DJs. This Pixar Artist Took Your Favorite R-Rated Films and Turned Them Into a Children's Book. The news: For years, Josh Cooley worked as a storyboard artist at Pixar Animation Studios. 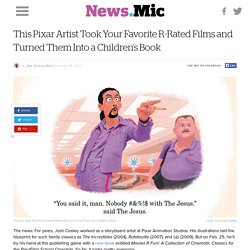 His illustrations laid the blueprint for such family classics as The Incredibles (2004), Ratatouille (2007), and Up (2009). But on Feb. 25, he’ll try his hand at the publishing game with a new book entitled Movies R Fun! : A Collection of Cinematic Classics for the Pre-(Film) School Cinephile. So far, it looks pretty awesome. Untitled. Alyssa monks. Ekta. Ollio. Patricia Piccinini. Marlene Steyn. Electric retard. Highlike.org. This is Art…with Packaging Tape! Meet Mark Jenkins. 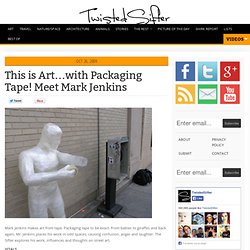 Packaging tape to be exact. From babies to giraffes and back again, Mr. Jenkins places his work in odd spaces; causing confusion, anger and laughter. The Sifter explores his work, influences and thoughts on street art. VITALS Born: 1970 in Fairfax, Virginia Education: Degree in Geology from Virginia Tech Current Location: Washington DC “I live in Washington D.C. “I have a pretty strong background in music. “Other artists who I feel a strong connection with include Artur Barrio who also lived in Rio and did outdoor installations, the electronic musician Richard D. He also cites his major influence as the film based on Gabriel Garcia Marquez’s story, A very old man with enormous wings. Hyperrealistic Sculptures by Ron Mueck. “Although I spend a lot of time on the surface, it’s the life inside I want to capture.” - Ron Mueck, 1998 Hyperrealist sculptor Ron Mueck was born in 1958 in Melbourne, Australia. 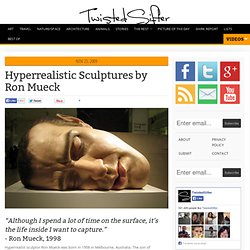 The son of German-born toymakers, Mueck grew up making creatures, puppets and costumes in his spare time, experimenting with materials and techniques. With no formal art training beyond high school, he began his career making models for television and film. Photograph by Hanneorla Photograph by Burgaard - Mueck’s early career was as a model maker and puppeteer for children’s television and films, notably the film Labyrinth and the Jim Henson series The Storyteller - Mueck moved on to establish his own company in London, making photo-realistic props and animatronics for the advertising industry. Mueck began his sculpture work using latex but he wanted something harder and more precise.