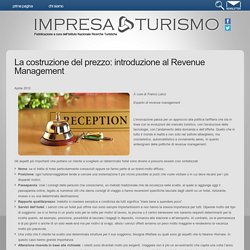 Uk.businessinsider. How Much Should You Charge For Your Airbnb? Beyond Pricing Scores $1.5M To Tell You. Hotels have sophisticated pricing engines to tell them how much their rooms should cost. 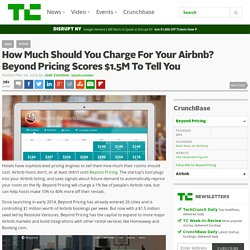 Airbnb hosts don’t, or at least didn’t until Beyond Pricing. The startup’s tool plugs into your Airbnb listing, and uses signals about future demand to automatically reprice your room on the fly. Beyond Pricing will charge a 1% fee of people’s Airbnb rate, but can help hosts make 10% to 40% more off their rentals. Since launching in early 2014, Beyond Pricing has already entered 26 cities and is controlling $1 million worth of Airbnb bookings per week.

But now with a $1.5 million seed led by Resolute Ventures, Beyond Pricing has the capital to expand to more major Airbnb markets and build integrations with other rental services like Homeaway and Booking.com. Aprire un ristorante: 10 consigli per principianti. How To Make a Custom 'EAT' Sign for the Kitchen — Projects from the Kitchn. I’m a little too young to remember the 1950s, but that doesn’t mean I can't pine for the aesthetic of the mid-century diner. 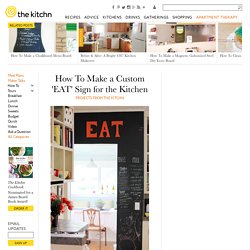 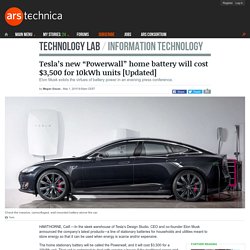 —In the sleek warehouse of Tesla’s Design Studio, CEO and co-founder Elon Musk announced the company’s latest products—a line of stationary batteries for households and utilities meant to store energy so that it can be used when energy is scarce and/or expensive. Aprire un ristorante in casa: ministero contro home restaurant. Wine families of the world. Uk.businessinsider. Uk.businessinsider. 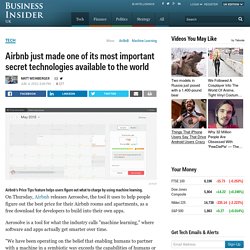 On Thursday, Airbnb releases Aerosolve, the tool it uses to help people figure out the best price for their Airbnb rooms and apartments, as a free download for developers to build into their own apps. Aerosolve is a tool for what the industry calls "machine learning," where software and apps actually get smarter over time. "We have been operating on the belief that enabling humans to partner with a machine in a symbiotic way exceeds the capabilities of humans or machines alone," Airbnb writes in a blog post. The market for machine learning and artificial intelligence is growing tremendously — Google uses machine learning with its new Google Photos to automatically recognize the pictures you upload; Microsoft's Cortana virtual assistant uses the technology to get more personalized to the user over time.

Onefinestay, A High-End Airbnb Rival, Confirms $40M Raise From Intel Capital, Hyatt And More. As Airbnb closes in on a major round of financing that will reportedly value it at $24 billion, smaller startups riffing on the same model of renting out private homes are also heating up. 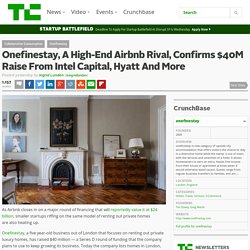 Onefinestay, a five year-old business out of London that focuses on renting out private luxury homes, has raised $40 million — a Series D round of funding that the company plans to use to keep growing its business. Today the company lists homes in London, New York, Paris and Los Angeles, and CEO and co-founder Greg Marsh boasts its size is already six times larger than the inventory of The Ritz, The Plaza, Hotel George V and Hotel Bel-Air combined. HomeToGo, The European Metasearch Engine For Holiday Rentals, Raises €6M. HomeToGo, the European ‘metasearch’ engine for holiday rentals, has raised €6 million in Series A funding. 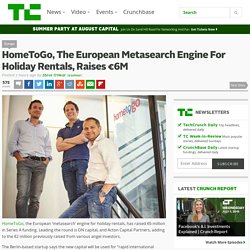 Leading the round is DN capital, and Acton Capital Partners, adding to the €2 million previously raised from various angel investors. The Berlin-based startup says the new capital will be used for “rapid international expansion”, including a planned U.S. launch sometime “soon”. In the last couple of weeks, HomeToGo has expanded to the U.K. and Spain, joining existing dedicated sites for Germany, France, Italy, the Netherlands, Poland, Switzerland, and Austria. Uk.businessinsider. Home sharing, aria di boom. Scopriamolo in 10 siti. Why the Tesla Model 3 and Chevy Bolt are going to kill the gas station. For as many plaudits as Tesla has received for its cars, plenty of its success must lie with that network of Superchargers. 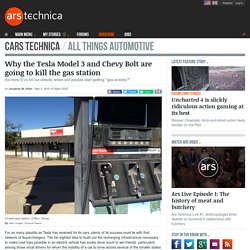 The far-sighted idea to build out the recharging infrastructure necessary to make road trips possible in an electric vehicle has surely done much to win friends, particularly among those vocal drivers for whom the inability of a car to drive across several of the smaller states in a day is an instant disqualification. Outside of Tesla's walled garden, things can be a lot more confusing. There are different kinds of plugs. Some charging stations take all day to top up your battery; others can do it in a handful of hours. Uk.businessinsider. 4 ways to increase your productivity through better scheduling. Stephen Covey's Time Management Matrix as a Mindmap. Productivity trick: The Pomodoro Technique. Efficiency. Meetings efficiencies. Optimize virtual meetings.