Veritas. Politicks and moronity. International laws and relations. Facebook and Microsoft help fund rightwing lobby network, report finds. Some of America’s largest technology and telecoms companies, including Facebook, Microsoft and AT&T, are backing a network of self-styled “free-market thinktanks” promoting a radical rightwing agenda in states across the nation, according to a new report by a lobbying watchdog. 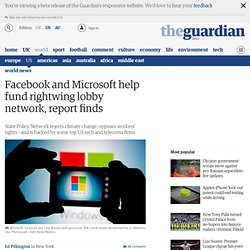 I was a liberal mole at Fox News: From Bill O’Reilly to Roger Ailes, here’s all the inside dope. People would often ask me about how Fox pushes a message. 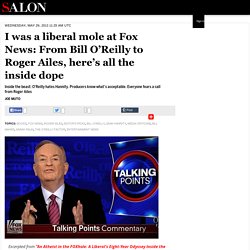 And I would always tell them the message isn’t so much pushed as it is pulled, gravitationally, with Roger Ailes as the sun at the center of the solar system; his vice presidents were the forces of gravity that kept the planet-size anchors and executive producers in a tight orbit; then all the lesser producers and PAs were moons and satellites and debris of varying sizes.

An organizational flow chart at Fox would be tough to draw up, as title alone was not the ultimate signifier of status. Andy Haldane Praises Brown-Vitter Bill To End 'Too Big To Fail' A senior Bank of England official influential in global policy debates has praised proposed U.S. legislation that would forever end the perception that the biggest banks are too big to fail, providing support for a bipartisan bill that forces the biggest American banks to either make themselves safer or shrink. 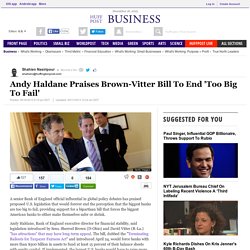 Andy Haldane, Bank of England executive director for financial stability, said legislation introduced by Sens. Sherrod Brown (D-Ohio) and David Vitter (R-La.) "has attractions" that may have long-term appeal. The bill, dubbed the "Terminating Bailouts for Taxpayer Fairness Act" and introduced April 24, would force banks with more than $500 billion in assets to fund at least 15 percent of their balance sheets with equity capital. Amazon Under Fire Over Corporation Tax Avoidance. The UK arm of internet shopping giant Amazon paid corporation tax of just £2.4 million last year despite earning sales of £4.2 billion. 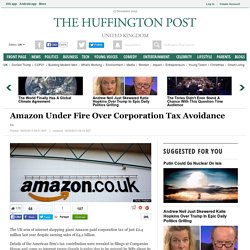 Details of the American firm's tax contribution were revealed in filings at Companies House and come as internet group Google is today due to be quizzed by MPs about its tax bill. The revelation follows uproar over the tax paid by other multinational giants including Starbucks and Apple. Google vice president Matt Brittin is due to appear before the Commons Public Accounts Committee months after it last quizzed the firm about its taxes. Chairwoman of the committee Margaret Hodge said she plans to haul Amazon back to explain its financial dealings after its company filings showed Amazon.co.uk paid tax of £3.2 million in 2012, on sales of £320 million. The Seattle-based group told has investors its 2012 UK sales were £4.2 billion. 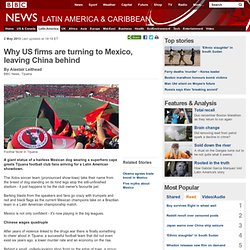 Koch Brothers Making Play for Tribune’s Newspapers. Tannen Maury/European Pressphoto Agency Tribune’s newspapers, including The Chicago Tribune, have caught the interest of a number of suitors. 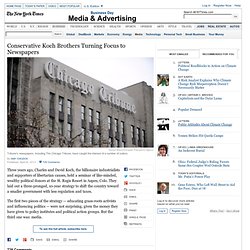 The first two pieces of the strategy — educating grass-roots activists and influencing politics — were not surprising, given the money they have given to policy institutes and political action groups. 10 Insanely Overpaid Nonprofit Execs. Nonprofits take your donations and give them to a good cause, right? 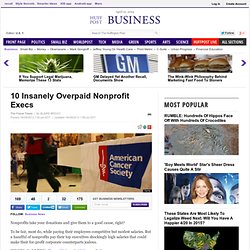 To be fair, most do, while paying their employees competitive but modest salaries. Former Walmart District Manager Accuses Company of Widespread Inventory Manipulation. A Chicago Walmart on Black Friday. 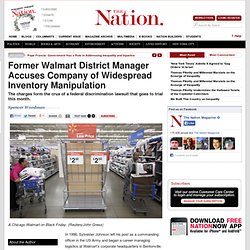 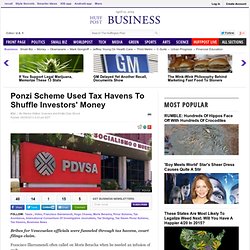 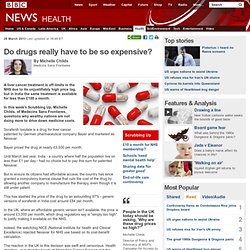 Wrong Way to Admit You Blew Millions of Dollars. Somewhere in the vast interior of China last year, almost a half-billion dollars of cash belonging to Caterpillar Inc. vanished. So how did the company soften the blow when it broke the news to investors? Easy. Secrets and Lies of the Bailout: One Broker's Story. The Shady Inside Deals That Are Protecting Goldman Sachs at Your Expense. The Greening of Goldman Sachs January 12, 2013 | Like this article? Join our email list: Stay up to date with the latest headlines via email. Privately Owned “Charter Cities” in Honduras: Entire Urban Areas Handed over to Corporations. The Honduran National Congress is currently reviewing the law to geographically define the first four “Charter Cities” in the world, three sites along the Caribbean coast in Garifuna afro-indigenous territory, Trujillo, the Valle de Cuyamel and the Sico-Paulaya Valley, which includes Miskitu indigenous territory.

One is proposed in the Gulf of Fonseca which would include the community of Sacate Grande. The Charter Cities initiative cedes city-sized sections of Honduras to corporations or foreign governments to govern autonomously, indefinitely. Investors can make their own laws, build their own police force, administer services and regulate their economy. Ten Numbers the Rich Would Like Fudged. November 22, 2012 | Like this article? Join our email list: Stay up to date with the latest headlines via email. Goldman Sachs' Global Coup d'e tat. Greek Prime Minister Lucas Papademos in his office at the Presidential Palace in Athens, Greece, January 16, 2012.

(Photo: Eirini Vourloumis / The New York Times) When the people of Greece saw their democratically elected Prime Minister George Papandreou forced out of office in November of 2011 and replaced by an unelected Conservative technocrat, Lucas Papademos, most were unaware of the bigger picture of what was happening all around them. Similarly, most of us in the United States were equally as ignorant when, in 2008, despite the switchboards at the US Capitol collapsing under the volume of phone calls from constituents urging a “no” vote, our elected representatives voted “yes” at the behest of Bush's Treasury Secretary Henry Paulsen and jammed through the biggest bailout of Wall Street in our nation’s history.

Steadily – and stealthily – Goldman Sachs is carrying out a global coup d’etat. U.S. overseeing mysterious construction project in Israel. Only U.S. construction firms are being allowed to bid on the contract and proposals are due Dec. 3, according to the latest Corps of Engineers notice. Site 911 is the latest in a long history of military construction projects the United States has undertaken for the IDF under the U.S. On the News With Thom Hartmann: "Stand Your Ground" Gun Law Strikes Again in Florida, and More. A Death in the Family - and the Question Is: Whodunit?