Miss Representation Clips. Halla Tómasdóttir: It's time for women to run for office. Women MPs and parliamentary candidates since 1945. Women in the U.S. Senate 2016. Twenty women (14D, 6R) serve in the United States Senate in the 114th Congress. women have ever served in the Senate, including 29 Democrats and 17 Republicans. states (LA, ME, NE) have sent three women to the Senate. 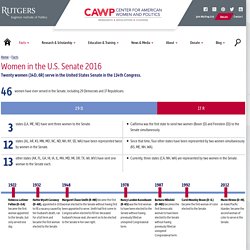 Hillary Clinton’s Full Concession Speech - Video. These Are the Female Politicians Inspiring the Next Generation of Women. We should all be feminists - Chimamanda Ngozi Adichie at TEDxEuston. 25 Everyday Examples of Rape Culture - Everyday Feminism. The Movement Against Sexist and Discriminatory School Dress Codes. Maggie Sunseri was a middle-school student in Versailles, Kentucky, when she first noticed a major difference in the way her school’s dress code treated males and females. 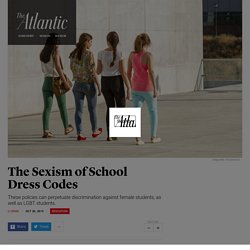 Girls were disciplined disproportionately, she says, a trend she’s seen continue over the years. At first Sunseri simply found this disparity unfair, but upon realizing administrators’ troubling rationale behind the dress code—that certain articles of girls’ attire should be prohibited because they “distract” boys—she decided to take action. “I’ve never seen a boy called out for his attire even though they also break the rules,” says Sunseri, who last summer produced Shame: A Documentary on School Dress Code, a film featuring interviews with dozens of her classmates and her school principal, that explores the negative impact biased rules can have on girls’ confidence and sense of self. Depending on administrators and school boards, some places are more relaxed, while others take a hard line.

Sexual Violence Is Not Politics; It's Humanity And On Us To Act. I have been feeling very heavy these days. 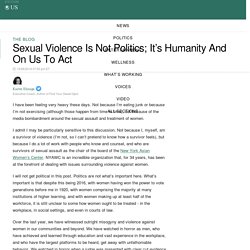 Not because I’m eating junk or because I’m not exercising (although those happen from time to time), but because of the media bombardment around the sexual assault and treatment of women. I admit I may be particularly sensitive to this discussion. Not because I, myself, am a survivor of violence (I’m not, so I can’t pretend to know how a survivor feels), but because I do a lot of work with people who know and counsel, and who are survivors of sexual assault as the chair of the board of the New York Asian Women’s Center. NYAWC is an incredible organization that, for 34 years, has been at the forefront of dealing with issues surrounding violence against women. I will not get political in this post. 10 hours of walking but this time she talks back (BEST CATCALL parody) 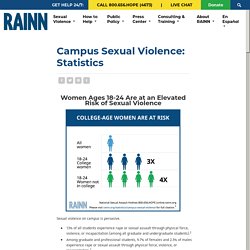