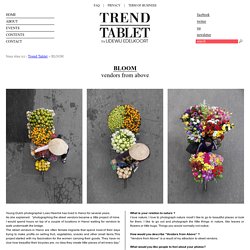 After two years of study in Paris she returned to her native Rome to study architecture. The art of critique proved more fruitful for Camilla and she began to write for the Association of Art and Critic about art and design and on her personal blog Choufouchouf. Focusing on the relation and communication between fashion and art, she decided to follow her creative nature not only giving a voice to the library she has on her laptop but also as inspiration for editorials. She’s now based in London, attending the course of «Art Direction for Fashion» at the Central Saint Martins College of Art. CODE NOIR. “Romanticism is precisely situated neither in choice of subject nor exact truth, but in the way of feeling.” 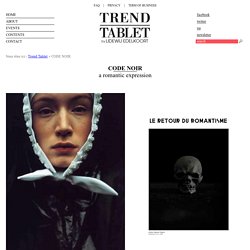 Charles Baudelaire Since the dawn of time, black has a lot to tell, it expressed mourning, poverty, denial, revolt and it exalted the avant-garde and haute-couture. Both rive gauche and rive droite. From lacerated and studded leather to the perfection of the little black dress, from brutal bondage clothing to the gorgeous prom dress, from mods’ modest turtlenecks to the monks’ modern hoods, the same black made a lot of ink flow, black or almost black too. ROMANTICISM. The Pop-Up Generation. Works by Front & Niels Hoebers ; photography © David Gagnebin-de Bons Housed in a historic building in the centre of old Lausanne, the MUDAC museum has welcomed 'Pop-Up: design entre dimensions' (on show until March 3rd, 2013). 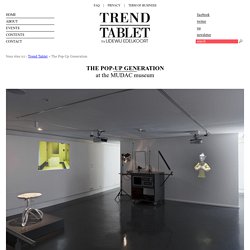 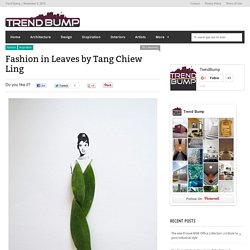 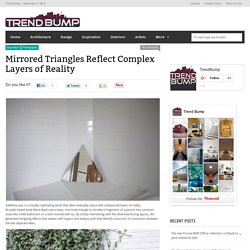 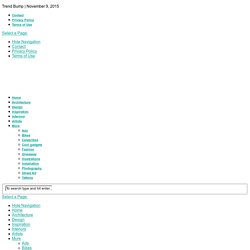 The glowing dots of light create fields of color that lead directly to Kitajima’s single points of focus. Source: JeeYoung Lee’s Art Studio. Pirate Manu | On January 13, 2015 Although she has a tiny studio, Seoul based artist, JeeYoung Lee has a limitless and surreal imagination. 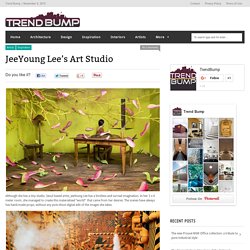 Interbelic Bar by Lama Architecture. Pirate Manu | On January 16, 2015 Interbelic is the name of a surprising bar in the heart of Bucharest. 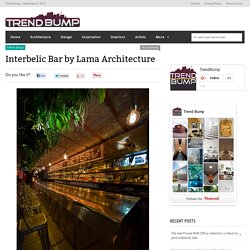 Like the secret bar entrances of New York in the ’20s and’ 30s, the entrance is not clearly indicated. Itay Ohaly's scratchable vases reveal hidden colours. Israeli designer Itay Ohaly has created a set of three black vases that can be etched to reveal colourful hidden layers beneath. 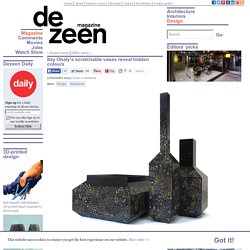 Ohaly took the idea for the design from etchings he created as a child – scratching off a dark coating from coloured paper to reveal the different hues underneath. To recreate this effect, the designer covered the vases with several layers of paint, separated by an oil layer. Drawings can be engraved into their surfaces to reveal glimpses of pink, yellow and blue underneath. Panoramic Paintings Made for VR or Street View. Artist creates 360-degree panoramic paintings, called Mobile Cyclorama, that put you directly in the art Suppose you could step inside a painting and see the world it represents—a city park, a river canyon, a skyscape of stars and nebulae. 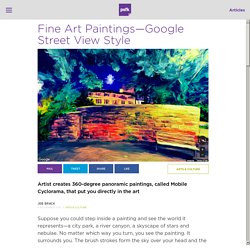 No matter which way you turn, you see the painting. It surrounds you. The brush strokes form the sky over your head and the ground beneath your feet. Marcello Velho’s Graphic Prints. No2Malaria Charity Initiative - Bracelets Handmade In Ghana. 17 September 2015 Lauren Milligan PRETTY and smiley, Leeni Ojaniemi has a knack of convincing people to do what she wants. Previously used to negotiate deals for her clients at contemporary art galleries in London - and now to convince international art critics to take note of the talented artists working in Ghana, where she is based - her powers of persuasion are now being applied to the launch of a new charity, No2Malaria.

The project brings together Ojaniemi's passion for local art and her desire to give something back to the region that has become her home. Having worked in several high-profile art galleries in London, the Finnish-born entrepreneur travelled to West Africa for the first time in 2011 to explore the emerging contemporary art of the region. Behind the Glamour: What It Really Takes to Launch a Fashion Label

Universal Channel's 100% Character Uncovered series is shining a light on people who inspire others through their extraordinary character. Introducing fashion designer, Mary Benson. A FASHION FIX // UK FASHION AND LIFESTYLE BLOG. London Fashion Week is right around the corner and whether you've been going the past 5 seasons or this is your first ever fashion week it is important to be organised so I've put together my essentials that I like to take with me each season. The last thing you want is to miss seeing your favourite designers collection walk the runway simply because you left your tickets in yesterdays clutch bag.

Barrancas House - Mexico City. We had forgotten how beautiful grey concrete can be until we saw what Ezequiel Farca had done with a 1970s residence in Mexico City. A Peek into Phillip Lim's New York Loft. GoldRush by Crtomir Just. Debris. The Student Hotel: An Hotel + A Home in Amsterdam. Albert Ruiz Villar Mixed Media Collages. Whitney Houston 'hologram' to tour next year - BBC News. Image copyright Getty Images. Is it really OK to sell other people's Instagrams as art? The Manipulated Female Body Explored by Taiwanese Photographer 3cm. Images courtesy the artist. Tim Jones – Photographer on Behance. 30 Fashion Illustrators You Can't Miss Part 1. (Updated: 11th March 2013) Our blog was revamped and please check out Fashionary Hand for more fashion illustrations and sketches. The fashion illustration is an unique art. Minimalist effect in maximalist market.