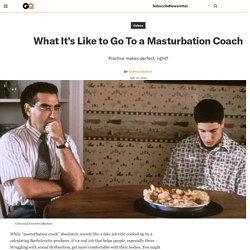 For Weissfeld, mindfulness means “staying in your body. Not spinning in your head. Not getting caught up in performance anxiety. The Mystery of Holding. What it Really Means to Hold Space for Someone. Does Your Sex Life Need a Bodyworker? Shayla D. 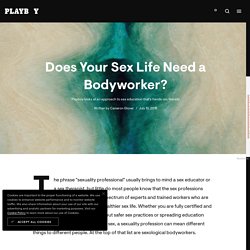 Tumbling is a mental health therapist and a professional platonic cuddler. The biggest misunderstandings for Tumbling also center on touch and boundaries with clients, specifically the idea that cuddlers have sex with clients. “In the work I do there is no sexual contact with clients. We provide education and platonic touch services as cuddlers,” she says. In addition to the conflation of bodyworkers with sex workers, there is a cultural stigma against the kinds of touch that we give and receive to others, inside romantic relationships and platonic ones. Sexuality Professionals: Types. How Our Bodies Remember Trauma. Source: Taojones/Pixabay Our bodies remember trauma and abuse — quite literally. They respond to new situations with strategies learned during moments that were terrifying or life-threatening.

Our bodies remember, but memory is malleable. The therapeutic practice of somatics takes these facts — and their relation to each other — seriously. article continues after advertisement.

Should You See A Sexological Bodyworker? "Clinical Somatic Education: A New Discipline in the Field of Health Care, by Thomas Hanna, Ph.D. The summer of 1990 saw the opening of the first class in Hanna Somatic Education. 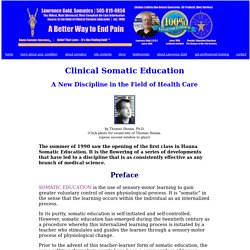 The Future of Feminism and Sex, According to a Vaginapractor. By Megan Lierley Kimberly Johnson wants you to know that she sticks her fingers in vaginas and anuses. 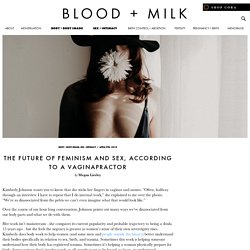 Expansion and Integration - Psychosexual Somatics. There Is No "Exercise" That Heals Trauma. “Without changing the somatic system – the underlying neurochemical platform – any change in behaviour is simply overriding through force of will.” – Kathy Kain, creator of Somatic Practice This article started out as an answer to someone’s question in the Facebook group my wife, Irene Lyon, started, Healthy Nervous System Revolution. 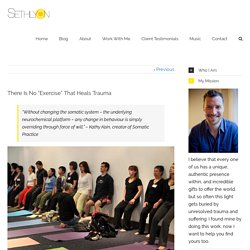 They wanted to know if we recommended TRE (Tremor Release Exercises) as a way to heal trauma. What Is Somatic Sex Coaching? There are lots of ways to learn about sexuality. 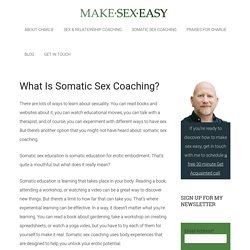 You can read books and websites about it, you can watch educational movies, you can talk with a therapist, and of course, you can experiment with different ways to have sex. But there’s another option that you might not have heard about: somatic sex coaching. I'm a 'Vaginapractor' - Here's What That Really Means - Kimberly Johnson. Ten years later, I became a mother. 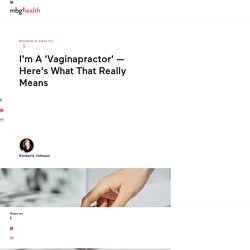 The floor of my pelvis tore, and I was shocked that none of my yoga tools, none of my bodywork knowledge was able to touch or help the pain I was experiencing on so many levels. This was curious. I had had the BEST yoga teachers in the world. How had this facet of womanhood been completely left out of my body-mind-soul consciousness tools? 5 Things Women Should Stop Believing About Sex - Kimberly Johnson. What is vulva mapping? And why you would want to do it! As someone who is committed to radically holistic health care for women, when I first heard about STREAM training I knew it was a perfect fit. 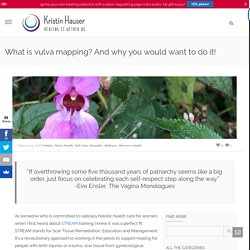 STREAM stands for Scar Tissue Remediation, Education and Management. It’s a revolutionary approach to working in the pelvis to support healing for people with birth injuries or trauma, scar tissue from gynecological procedures, chronic pelvic pain or pain associated with sexual intercourse, gender reassignment surgery and so much more. It’s a modality that includes genital touch and does not deny our human sexuality. STREAM gives space to our sexual identity as part of the healing process. I went to a Sexological Bodyworker & had a Revelation About Assault. “People are realizing that they’re unhappy about how we’re doing sex,” says Kimberly Anne Johnson, a certified sexological bodyworker based in Southern California.

Acknowledging the sexual recalibration happening in this post-Pussygate, -Weinstein, and even -Aziz Ansari moment, she says, “Most of us have sexual trauma.” The question is how do we heal as a society and as individuals? “People have a lot of practice at talk therapy, but they [don’t get] the full picture,” says Johnson, who works with pre- and postpartum women (she recently published the book The Fourth Trimester), people recovering from sexual assault and trauma, and people merely looking to have better sex. She practices out of Los Angeles’s female-empowered WMN Space in Culver City and a private residence in Marina Del Rey. For the past eight years, she has been helping clients heal through her synthesis of therapy, physical therapy (she started her career as a trained Rolfer), and gynecology. Many Shades of Grey: Reclaiming ‘Humanistic’ Sex Therapy. 'Sensual bodyworkers' are sexual practitioners helping Kiwis have better love lives. 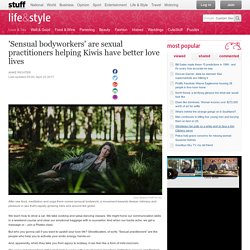 Escape will cancel and close the window. This is a modal window. I tried sexological bodywork: Like a "Vaginapractor"