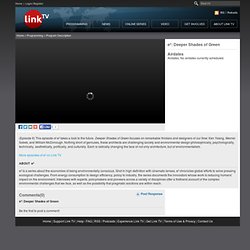 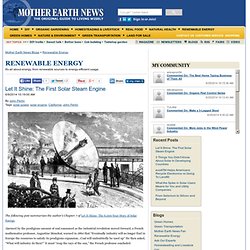 Alarmed by the prodigious amount of coal consumed as the industrial revolution moved forward, a French mathematics professor, Augustine Mouchot, warned in 1860 that “Eventually industry will no longer find in Europe the resources to satisfy its prodigious expansion…Coal will undoubtedly be used up” He then asked, “What will industry do then?” 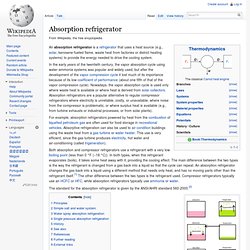 In the early years of the twentieth century, the vapor absorption cycle using water-ammonia systems was popular and widely used, but after the development of the vapor compression cycle it lost much of its importance because of its low coefficient of performance (about one fifth of that of the vapor compression cycle). Nowadays, the vapor absorption cycle is used only where waste heat is available or where heat is derived from solar collectors.

Absorption refrigerators are a popular alternative to regular compressor refrigerators where electricity is unreliable, costly, or unavailable, where noise from the compressor is problematic, or where surplus heat is available (e.g., from turbine exhausts or industrial processes, or from solar plants). Earthtubing for sustainable, passive geothermal heating & cooling. Earthtubes (earthtubing) are a most highly recommended low-tech, sustainable, non-electric, zero-energy, geothermal passive solar heating and solar cooling system. 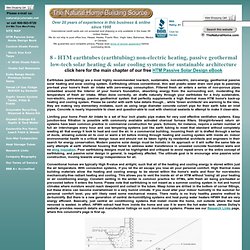 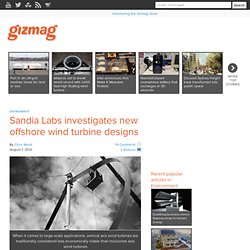 The design, previously considered impractical for large-scale applications, has the potential to transform offshore wind technology, making it a more economically viable energy source. The research is being conducted under a 2011 Department of Energy (DOE) solicitation for advanced rotor technologies for wind power generation in the United States. The US$4.1 million research project began in January of this year and will continue for five years. The first stage will last two years, during which time, several concept designs will be created and run through modern modelling software. 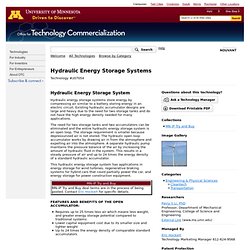 Existing hydraulic accumulator designs are large and heavy due to the need for two storage tanks and do not have the high energy density needed for many applications. The need for two storage tanks and two accumulators can be eliminated and the entire hydraulic energy storage system is an open loop. The storage requirement is smaller because depressurized air is not stored. Hydraulic Energy Storage - Another Way to Use Gravity. I recently joined a discussion about how gravity might be used to generate and store energy. 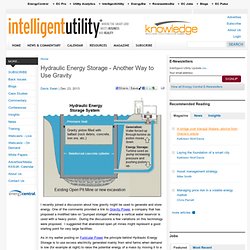 Office of the State Engineer. Homegrown Power. VAWT. Yet another VAWT..... 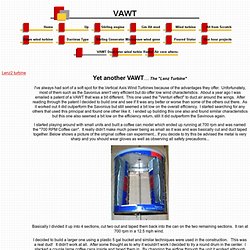 The "Lenz Turbine" I've always had sort of a soft spot for the Vertical Axis Wind Turbines because of the advantages they offer. Unfortunately, most of them such as the Savonius aren't very efficient but do offer low wind characteristics. About a year ago I was emailed a patent of a VAWT that was a bit different. This one used the "Venturi effect" to duct air around the wings. I started playing around with small units and built a coffee can model which ended up running at 700 rpm and was named the "700 RPM Coffee can". Basically I divided it up into 4 sections, cut two out and taped them back into the can on the two remaining sections. I decided to build a larger one using a plastic 5 gal bucket and similar techniques were used in the construction. After trying a bunch of different drums and shapes I decided to get a bit more scientific in my testing instead of my hit 'n miss style up to this point.